My research group utilizes quantitative fluorescence microscopy techniques to investigate biophysical and biochemical interactions in single cells.  A complete understanding of molecular interactions inside cells (proteins, ligands, lipids, RNA, DNA, etc.) greatly increases our knowledge of how cells function.  Fluorescence imaging is a powerful analytical tool that makes it possible to investigate molecular interactions in the physiological conditions of intact cells.  We apply these methods to understand both intracellular dynamics and the effects cell-to-cell variation has on a population’s response to change.

Membrane structures and proteins play an important role in the biochemistry of a cell.  About 20-30% of a cell’s proteins are membrane proteins.  The particulate methane monooxygenase (pMMO) in methanotrophic bacteria is located in extensive intracellular membrane (ICM) structures that form in Methylomicrobium alcaliphilum 20Z when using methane as substrate but not when growing on methanol.  We are using fluorescent membrane stains and other labels to investigate the timing and dynamics of the transition from growth on methanol to methane by detecting the absence or presence of ICMs, pMMO, and other important metabolic proteins over time.

Biochemical reactions in a cell often only involve a few molecules.  Gene expression, where there are a limited number of reaction centers, depends on macromolecular collisions resulting from Brownian motion.  This is a stochastic process that can produce wide cell-to-cell variability with respect to growth rate, gene expression and intracellular composition, even within a population of genetically identical cells.  The resulting heterogeneity plays an important role in a cell population’s response to changing conditions.  A specific subpopulation with characteristics well adapted to growth under the new conditions could thrive and dominate the response to an environmental perturbation (see figure).

Bulk-scale measurements report only a single value that is the average over all the cells in the population.  With single-cell analysis we can determine the biochemical state of individual cells (gene expression, single-cell respiration rate, growth rate, etc.) and build a distribution of the cell states in the population. We then use the distribution to identify the important subpopulation in response to some environmental change. 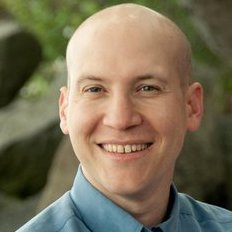