Booking Manager and Producer for Davenport's Piano Bar and Cabaret

Co-founder of Center for Applied Drama and Autism 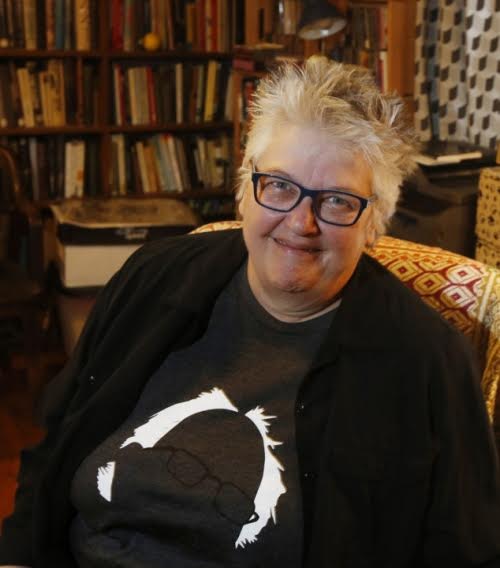 Wendy Duke is the co-founder of Center for Applied Drama and Autism. She graduated from The University of Akron in 1973 with a B.A. in Theatre Arts and returned 28 years later to earn her M.A. in Theatre Arts. Wendy credits The University of Akron’s Theatre program for encouraging and providing a supportive and nurturing space in which to create. She states that the U.A. theater program empowers students to take leadership initiatives, that encouragement has led many alumni to create their own theatre companies.

After 22 years of teaching theatre at Miller South, she is now working full time on Center for Applied Drama and Autism, which recently moved to a studio in Downtown Akron in the Evans Building at 333 S. Main Street and anticipates being open for their spring sessions by April 9, 2016. Wendy Duke and co- founder Laura were recently recognized by the Autism Society of Greater Akron as Autism Ambassadors. Center for Applied Drama and Autism works with students 8 and up who are on the autism spectrum.

Through applied Drama, Wendy and Laura have designed programming that builds social skills through collaboration and theatre skills. Wendy has begun working on a new pilot program for the Bridges program at Ardmore teaching a weekly theatre class with disabled adults. The organization continues to grow as it gains support from the autism and theatre community for its amazing work and contributions to the field of autism theatre, and our community as a whole. 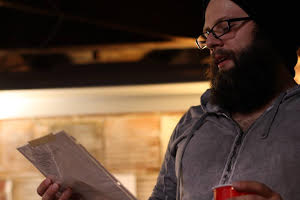 Benjamin Rexroad and his husband, Kyle Jozsa, founded Wandering Aesthetics (WA) in 2011, an theatre company. True to the company’s namesake, WA is committed to developing and presenting local and nationally recognized theatre with grit that takes place on the road – at theatres, dining rooms, , festivals, and community arts walks.

Perhaps most unique in his creative work, Benjamin is deeply interested in translating real-life adventures into intimate theatrical experiences. Currently, WA is creating a new solo performance based on their 2,185.9 mile thru-hike of the Appalachian Trail, which will be touring in Northeast Ohio throughout Summer 2015. This play, entitled Boogers, Witches, and Haints, is the first in a series of a three-play collection called The Mountain Cycle (to be completed by 2020).

"You only need the actors and the audience to create theater," says Rexroad. "When everything else is superfluous, you use what you have at your disposal at any given moment. We have Akron."
- AkronLife Magazine

A needed alternative to over-produced theatre, Benjamin provides the community with two unique theatre experiences through Wandering Aesthetics: Akron’s Boiling Point, a monthly alternative play reading series where attendees can read , observe, and take part in activities and an interactive discussion; and The Electric Pressure Cooker, an “anything goes” open-mic cabaret.

An explorer at heart, Benjamin finds an artistic home in Akron and plans to continue growing WA through local opportunities, as well as expanding partnership with other artists and developing performance tours beyond Ohio.

In the word of a playwright and scenic artist 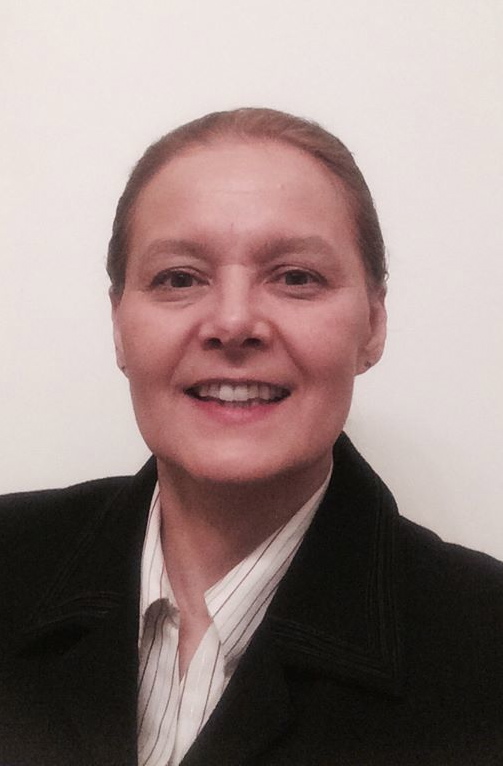 "Prior to my graduation with a B.A. in Theatre Arts, I studied painting and drawing and art history, earning a B.F.A. and a B.A. from The University of Akron. In 2013, I graduated from Hollins University with in Playwriting. In the spring of 2014, I had a staged reading of my thesis play Parish Chronicles at First Grace UCC in Akron.

Between 2012 and 2014, I have written 10-minute plays for festivals and events: Protective Covering for Red Eye 10s Play Festival (Hollins University MFA Playwriting Festival); Waiting for Fresh From the Oven (Theatre Guild); "The Transplant" for Overnight Sensations (Hollins University/Mill Mountain Theatre); "(u)rning at the Office" for 24-Hour Plays (New River Stage); "Ride" and "The Cat's Pajamas" for The Manhattan Project-Cleveland Lab. My scenic work includes set design and construction/painting for "Jitney" by August Wilson at The University of Akron, "For Colored Girls Who Have Considered Suicide When the Rainbow is Enuf" by Ntozake Shange at Kent State University, as well as scenic work for Truth Be Told Theatrical Company, Ma'Sue, New World Performance Laboratory, and, more recently, Karamu House." 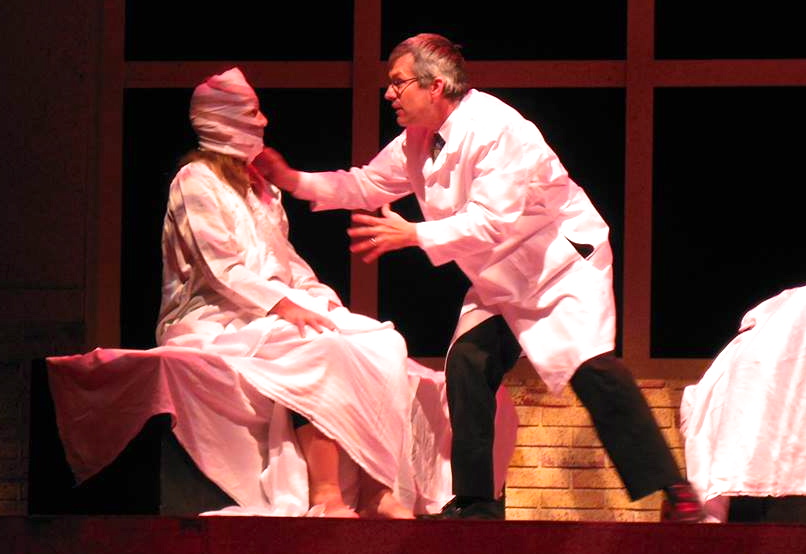 Kim Woodworth has worked with myriad theatre and film companies in Northeast Ohio. Some of her favorite roles include Queen Gertrude in Hamlet: The Musical! with Ohio Shakespeare Festival, Tupolski in The Pillowman and Judas in Corpus Christi with Heads Up Productions, and the drunk Woman in New World Performance Lab's production of A Couple of Poor, Polish-Speaking Romanians.

Most recently, Kim stage managed Disney's Aladdin Jr. at HYT and played the Narrator in a staged reading of Cut It Out as part of Cleveland Public Theatre's Springboard series. You can see her next year at CPT in a Big Box presentation of Cut It Out, playing the Other Woman. Be sure to check out the trailer for one of her latest project's, A Child Called Myracle: https://www.youtube.com/watch?v=Mf4uYrE6KJg. Next year, you may see her on the big screen in With This Ring, Criminal Activities and Bloodlines!

After completing my UA Theatre degree, I earned my Master's of Education from Ohio University. Currently, I teach English and Drama at Federal Hocking High School, where I run the theatre department and am the department chair. I also teach courses in progressive teacher education at OU.

My husband and I raised our two children, and Jessica, here in Athens. They are currently 16 and 21 years old; both of them love the arts! One of my favorite annual projects is the Nelsonville Music Festival. The fine arts clubs at our high school run the children's area each year at the festival, which has hosted acts such as The Flaming Lips and Dinosaur Junior.

I moved to the Twin Cities right after graduation in 1992 and I am married to Stephen. We have one child, Max, who is as much of a ham as his mom and dad. I've been at the University of Minnesota Foundation for 11 years, heading up our 15-person events department and producing over 200 events each year. Truly, I am so grateful for my the theater training I received at The University of Akron from Lyle Dye, Jim Slowiak, Susan Speers, Paul Daum and Wallace Sterling--I wouldn't be where I am today without them!

I am currently a teacher and Production Manager for the Performing Arts Department at Brentwood School, a private K-12 school on the Westside of Los Angeles.  I am also the Cheer Coach! On occasion, I reach outside and work on plays at the Ruskin Theatre or the Edgemar Center for the Arts. Both are located in Santa Monica.

I am married to Candace, and we have two amazing children Augustus (Augie) and Blythe. They are 4 and 1 respectively. My favorite memory at The University of Akron was performing in the Circular Play by Gertrude Stein and directed by James . It was my first stage kiss!

Mark A. Zimmerman is a director and award-winning lighting designer who has served as the theatre director at the Akron School for the Arts since 1995 and has been the guiding force for the educational theatre program that was recently named an “Outstanding School” by the Educational Theatre Association (2013).

We enjoy hearing what our alumni have been up to since graduating! Share your story with us or sign up for the DTAA alumni e-newsletter.