Lost songs of the Holocaust found in UA archives 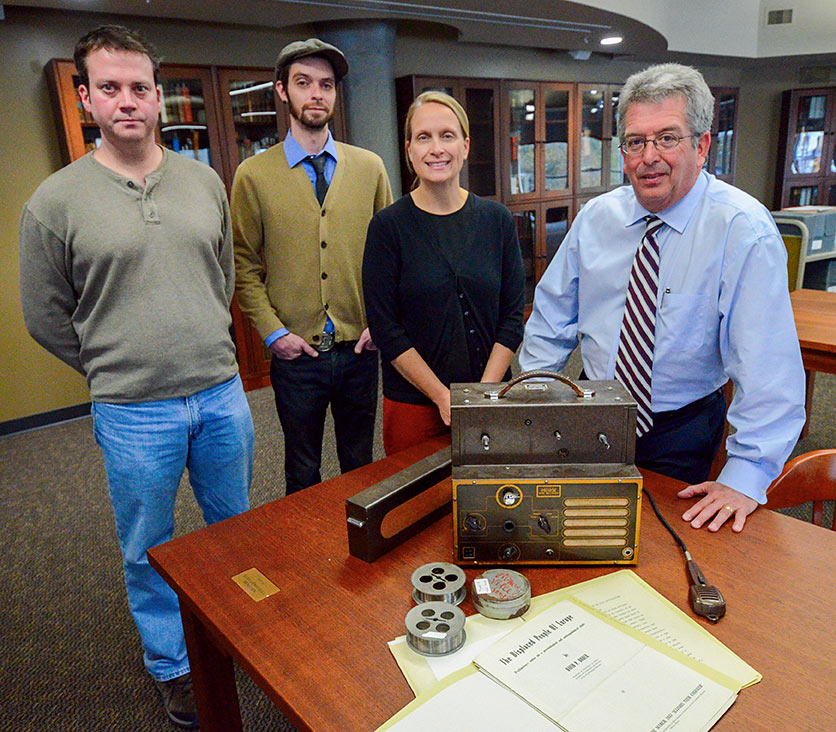 Here with a wire recorder and wire spools that hold the voices of Jewish concentration camp survivors are, from left, James Newhall, who redesigned a useable recorder, along with the Cummings Center’s Jon Endres, Dr. Jodi Kearns and Dr. David Baker.

In the final months of World War II, as Allied Forces began to liberate the prisoners of Nazi concentration camps, they captured on film the horrors they saw around them. Soon, the whole world saw — images of skeletal survivors bearing silent witness to what they and millions more had been forced to endure.

Dr. David Boder was determined to give the survivors a voice.

In the summer of 1946, the psychologist interviewed at least 130 Jewish survivors in nine languages in refugee camps in France, Switzerland, Italy and Germany. With a wire recorder — then considered state-of-the-art equipment — and 200 spools of steel wire, Boder preserved some of the first oral histories of concentration camp survivors. He also recorded song sessions and religious services.

A portion of Boder’s work has been archived at The University of Akron’s Drs. Nicholas and Dorothy Cummings Center for the History of Psychology since 1967. But it wasn’t until a recent project to digitize the recordings got under way that a spool containing the “Henonville Songs,” performed in Yiddish and German and long thought lost, was discovered in a mislabeled canister.

“I think it is one of the most important discoveries from our collections in our 50-year history,” notes Dr. David Baker, the Margaret Clark Morgan Executive Director of the Cummings Center. “The songs were recorded at a refugee camp in Henonville, France. The Nazis made the prisoners sing some of these songs as they ran to their forced labor sites and back each day.

“That we could give the world the melody to a song sung by those sentenced to their death through forced labor during one of the most unspeakable horrors of the 20th century is remarkable,” Baker adds.

VIDEO: HOW TECHNOLOGY HELPED UNLOCK THE PAST

While the Cummings Center had several wire recorders in its collection, none were compatible with the spools on which Boder made his recordings. James Newhall, a senior multi-media producer in Instructional Services at UA, led the search for just the right model. It took a year and it was actually his co-worker, Litsa Varonis, who spotted the unit on eBay. Varonis, now retired from UA, made the purchase and donated the recorder to the center. 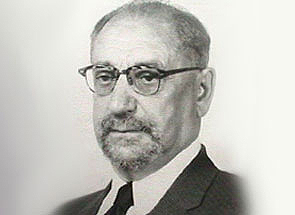 Dr. David Boder included several interviews with concentration camp survivors in his book, "I Did Not Interview the Dead." — Photo courtesy of the Illinois Institute of Technology.

It was her husband, Orestes Varonis, a retired electrical engineer, who provided Newhall with valuable advice as he redesigned the recorder to use modern electronic components. “There was a lot of time spent on research and experimentation,” says Newhall. “The recorder no longer uses vacuum tubes or rubber tires, and is mostly built from new parts. It has a more simple, and accurate, drive mechanism.”

From there, Jon Endres, a multimedia producer/media specialist with the Cummings Center, was able to put the recordings into a digital format.

“It felt like I was helping in some way to bring these voices to the present, voices that had become somewhat lost to the historical record,” says Endres. “The discovery of this single canister holding a lost recording means that these songs can be heard again, they can be studied and they can inform us in a new way about the experiences, the joys and the frustrations of these displaced persons.”

The Cummings Center shared the discovery with the United States Holocaust Memorial Museum in Washington, D.C., and its staff helped with translations. The museum now has a digitized copy for its collection. 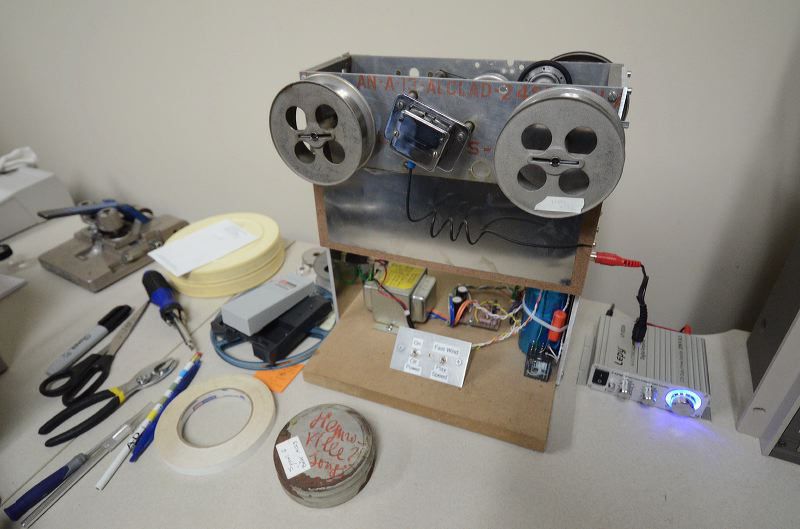 This odd-looking piece of equipment is the wire recorder that, once modernized, released the voices recorded in song at a refugee camp in Henonville, France, decades earlier.

Researchers from around the world have contacted Baker, eager to visit the Cummings Center and study the Boder recordings.

"These songs, in the voices of those subjected to unspeakable cruelty, are a reminder of the power of memory, the value of history and the indomitable human spirit,” notes Baker. “Hearing them sing again after 70 years of silence gives the world a greater understanding of the circumstances and experiences of those who were witnesses to a dark chapter in human history.”