As part of The University of Akron’s sesquicentennial celebration — honoring 150 years of our people, place and promises — we are hosting a “Celebration of Academic Excellence” to highlight the history and future of our many academic disciplines.

Professor Charles Knight introduced the world’s first rubber chemistry course in 1909 at Buchtel College, precursor to The University of Akron (UA) — providing intellectual fuel for the city’s high-powered rubber industry. In so doing, he also laid the foundation for what would become one of the world’s leading programs in polymer science and polymer engineering.

Today, the University’s polymer researchers — through innovations in health, advanced materials, biomimicry and sustainability — continue to elevate the region and improve the everyday lives of countless people. Here we're featuring research in biomimicry. 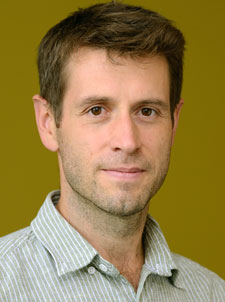 Dr. Hunter King, an experimental soft matter physicist and assistant professor of polymer science and biology, is the principal investigator of an ongoing study — which received a three-year, $526,000 grant from the National Science Foundation in 2018 — on the collective mechanical interactions of disordered, randomly packed elastic filaments, or slender rods similar to twigs in birds’ nests.

King, whose work was recently featured in the New York Times, aims to uncover the mechanical principles underlying the flexibility and strength of birds’ nests — which may lead to applications in civil engineering, architecture, transportation and advanced manufacturing.

“If these principles could be applied to, say, packing of things to be transported, you could conform the packaging material to the shape of the thing it’s supposed to hold — like a nest that you place some fragile thing in,” said King, a core faculty member in UA’s interdisciplinary Biomimicry Research and Innovation Center (BRIC). “If we can understand how the shock-absorbing behavior of this collective material works, we can manipulate it to accommodate different geometries. To some extent, that’s kind of what the birds do. They make a shape that is going to absorb certain perturbations, and keep the eggs in the middle of it.” 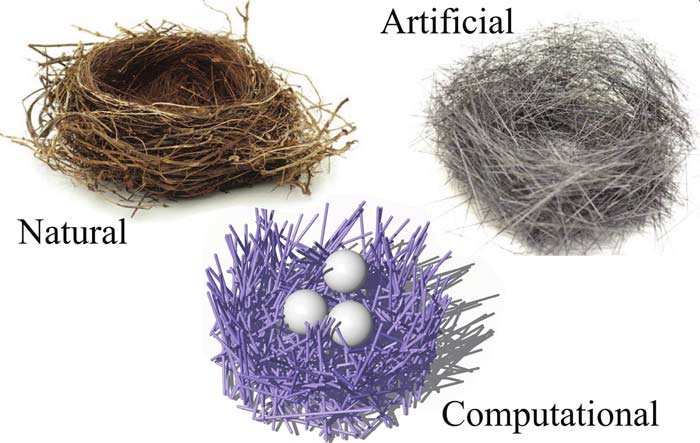 Making a robot? Look no further than snakes

Who would have thought snakes could inspire the making of robots? That is the thinking behind the research of Dr. Henry Astley, assistant professor of biology and polymer science, and BRIC core faculty member. Astley’s research focuses on the biomechanics of animal movement, connecting biology and physics to study the processes animals must use to traverse their sometimes complex environments. His focus is on snakes, frogs and early tetrapods. 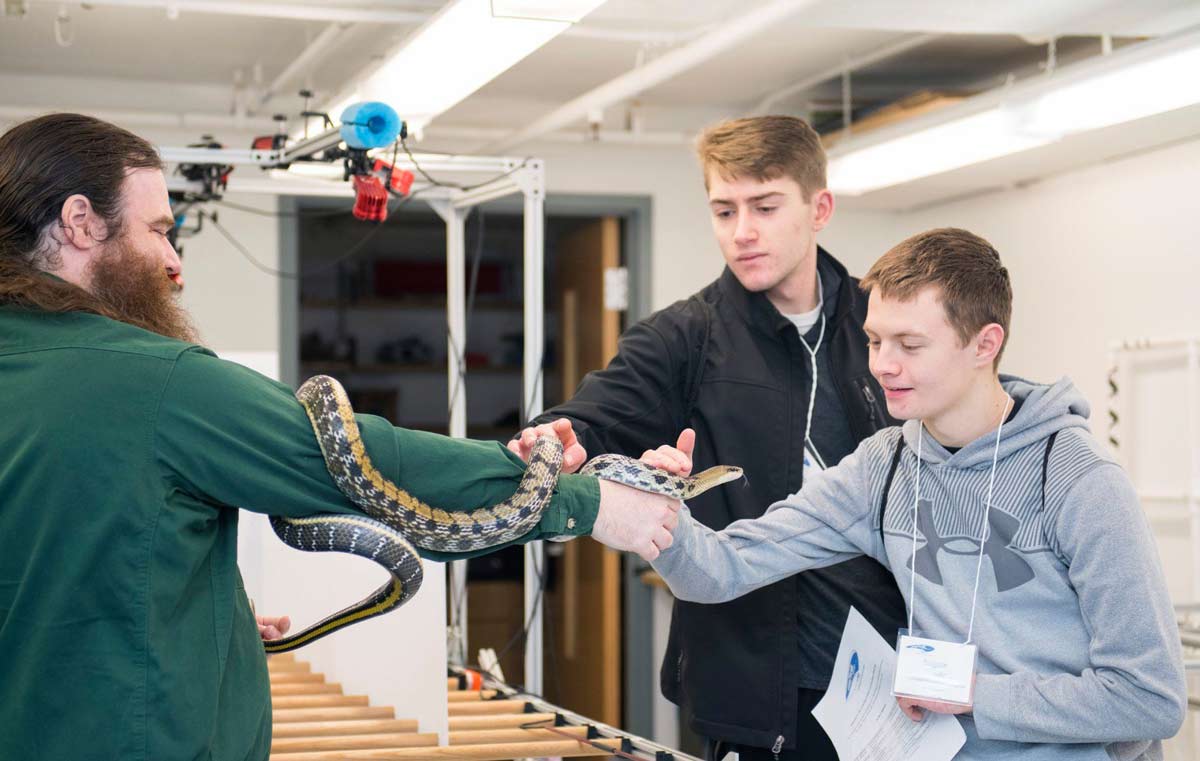 Dr. Henry Astley, whose research involves snakes to study the mechanics of animal movement, shows off his pet snake, Penny, to a couple of curious students during an outreach event.

A key concept of biomimicry is that certain animal adaptations can be ideal for testing certain physical principles, because those mechanisms are of exceptional importance in those species. One example is the movement of snakes, which is at the intersection of their unique forms and the predominance of environmental influences for an animal which slides along the ground.

According to Astley, understanding the mechanics of animal movement can give us insights into fundamental evolutionary questions, while also allowing us to build prosthetic limbs and robots which can mimic the strategies of animals. For example, a prosthetic leg designed with insights from frog jumping may allow better acceleration; after an earthquake robotic snakes can slither through tiny gaps in the rubble after an earthquake to hunt for survivors; and amphibious robots can monitor shallow waterways.

Currently, Astley is studying the underwater walking of crabs and salamanders, an ability that is widely thought to have preceded the ability to walk on land. By combining insights from numerous species, he hopes to understand this little understood behavior and to replicate it in a robot. He’s also continuing work on snake locomotion, including sidewinding and arboreal locomotion, and frog jumping — in each case with an eye toward the biological and robotic implementations of these behaviors.