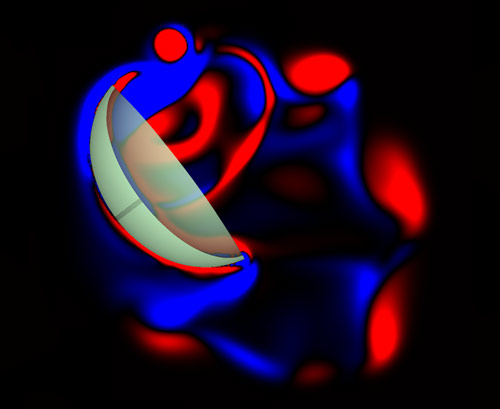 Working with a group of marine biologists, engineers and a MacArthur fellow, Dr. Alexander Hoover, assistant professor in the Department of Mathematics, discovered a new biomechanical constraint in jellyfish that has potential use in the design of soft robotics.

Despite having a relatively simple nervous system, jellyfish are a model organism in biomechanics in part because they manage a broad range of motion from a rather primitive set of distributed pacemakers. These pacemakers can yield a range of different motion, which allows for complex behaviors, such as jellyfish swarms and daily vertical migrations of the water column.

These findings, which were published in the Proceedings of the National Academy of Sciences, demonstrate an undescribed neuromechanical constraint on jellyfish, which is important to the actuation of biomimetic vehicles and tissue-engineered pumps as well as the biology of locomotion in other flexible swimming animals.