What can we expect in 2020? UA experts share predictions

Impeachment of a president. Aging Boomers. Single use plastics. Online shopping carts vs. the real thing?

With a New Year just ahead, we asked several of our faculty experts to weigh in on some of the issues that are front and center these days. Here are their predictions for what could await us in 2020.

► Prediction: Turnout for the 2020 election will likely break all preceding records. 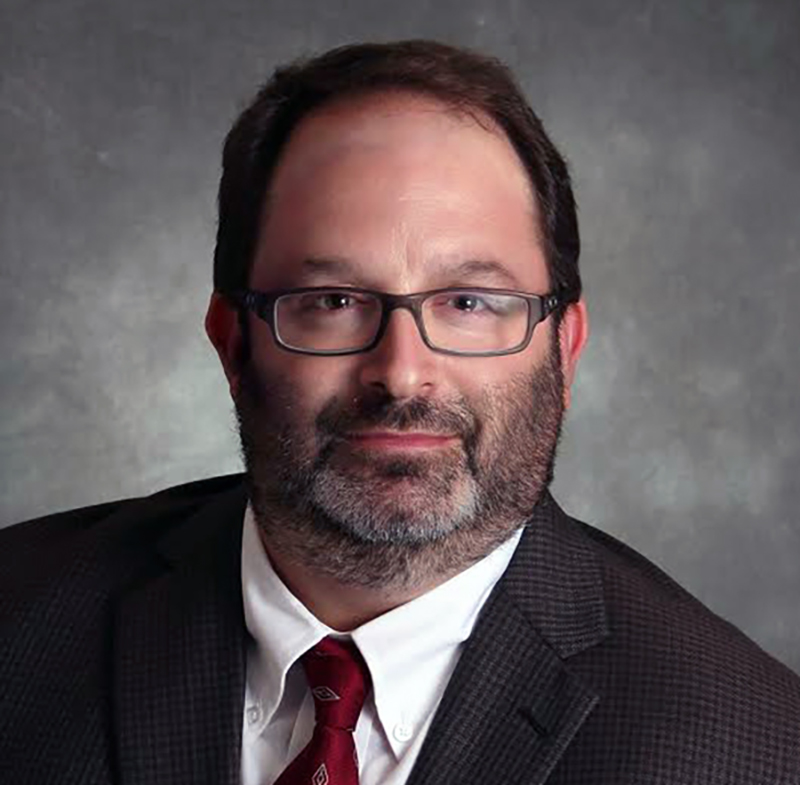 My predictions for 2020 will surprise few people — even those not following the political landscape closely. As with the last quarter of 2019, the first couple months of 2020 will be dominated by the historic and extremely rare impeachment of an American president. Unless something dramatic and unexpected happens, December will likely close with the impeachment of an American president by the U.S. House of Representatives for only the third time in American history. The first month or two of 2020 will likely be consumed with a trial in the U.S. Senate to consider articles of impeachment passed by the House. At this point, there is little reason to expect that the Senate, requiring a two-thirds vote of those present, will convict President Donald Trump on any of the articles and he will likely survive this serious threat to his presidency.

Following impeachment, the presidential campaign will dominate the political landscape for most of the rest of the year. Beginning with the Iowa Caucus on Feb. 3 and concluding with the Democratic National Convention in Milwaukee, Wis., in July, the overwhelming focus and attention of the media will be on who will win the Democratic Party nomination. After that, the focus will turn to the general election when, on Nov. 3, the country and the world will find out if Donald Trump has won a second term. Turnout for the 2020 election will likely break all preceding records.

And an exhausted nation will hope that 2021 will usher in a less polarized and less acrimonious period for our country. And I cannot predict whether those hopes will be achieved. 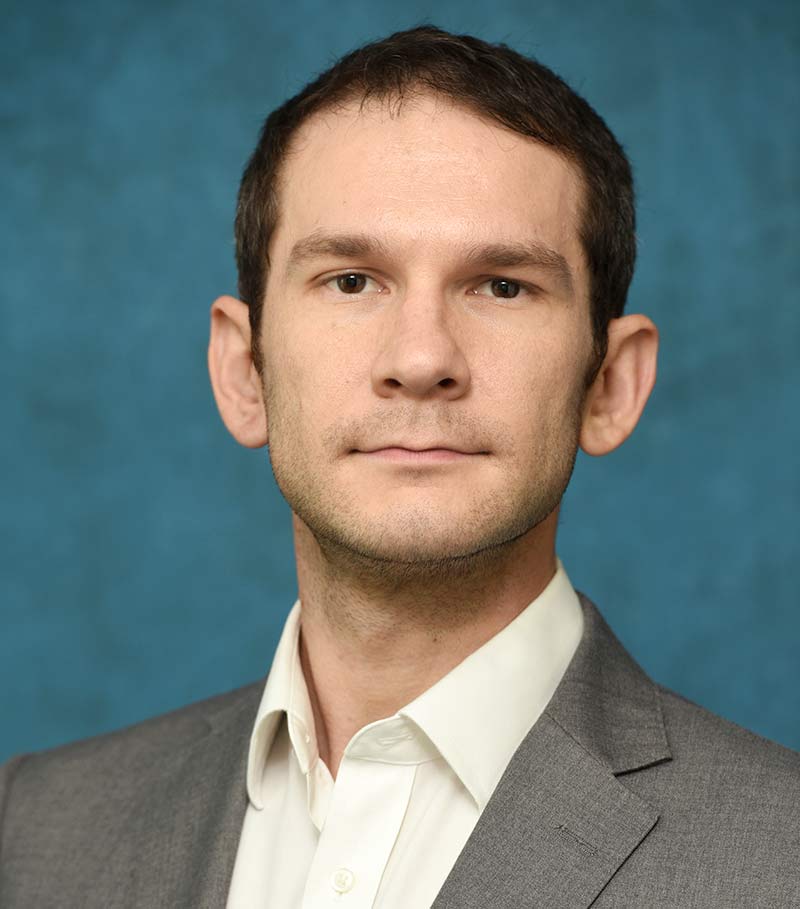 American consumers have become increasingly frustrated with plastic waste management and both companies and governments are responding.

With Cuyahoga County’s plastic bag ban going into effect Jan. 1, the pressure to end single-use plastic will increase through 2020. Consumers will become more accustomed to bringing their own reusable bags, beverage bottles and cutlery. Companies will invest in research and products that incorporate recycled materials wherever possible and recycling facilities will expand capabilities to meet this demand.

This shift toward sustainable reuse will continue through the new decade, but tremendous long-term commitments are needed to address the scale of this problem.

► Prediction: Aging boomers will continue to drive solutions to many societal issues. 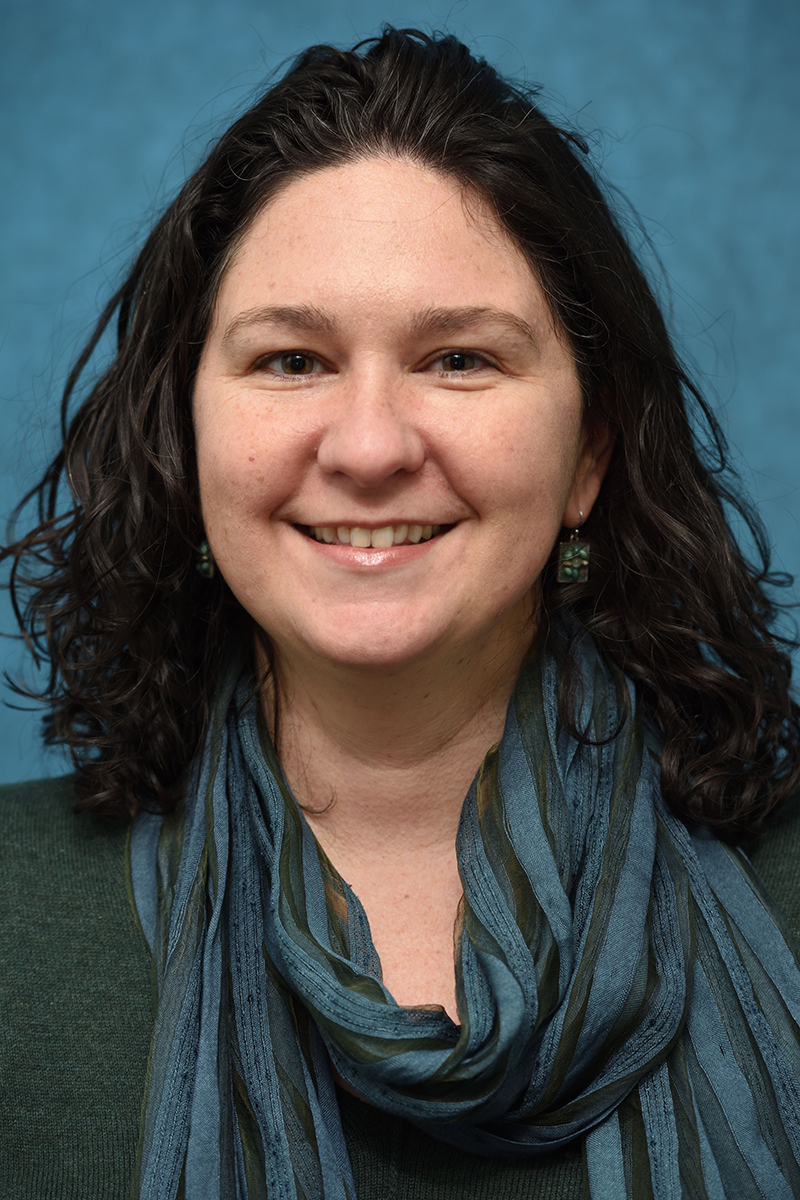 In the next year, we will see continued adaptations to the reality of our aging population. Currently, there are more than 46 million older adults (age 65 and older) living in the U.S. By the year 2030, one in five Americans will be 65 years and older. This year, we have seen dramatic increases in funding for research on Alzheimer’s Disease, shifts toward a person-centered and aging-in-place model for care support, and increasing rates of labor force participation for older adults. These trends will continue in the coming year.

In addition to the increasing needs to support the aging population in health care and government policies, there will be growing interest in leveraging the resources provided by the older generation. For example, creative housing experiments that pair older adults with college students are gaining in popularity across the globe. It is my hope that the new year leads to more opportunities to foster connections between the generations. Instead of characterizing the aging of the boomer generation as primarily a problem (“OK, Boomer!”), we should find ways to include older adults as part of the solution for the problems we face, whether those problems are an epidemic of loneliness or a lack of quality child care. Fostering these types of bridges will have cascading effects on societal issues such as ageism and open doors for entrepreneurial innovation in technology supports for older adults and caregiving training. After all, one day (hopefully) we will become part of the older generation.

► Prediction: The arts will continue to lead the way in providing dynamic views of race.

By Dr. Philathia Bolton, assistant professor in the Department of English 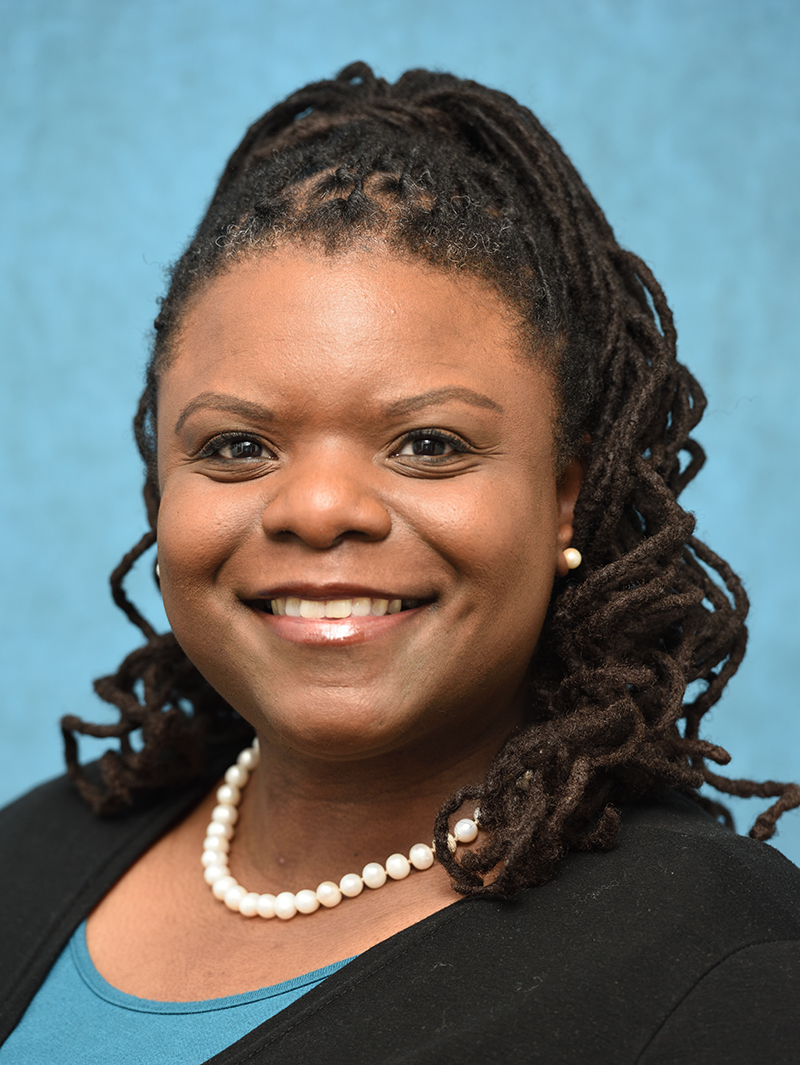 Race and cultural identity will continue to factor significantly in the year of 2020 as it concerns certain facets of the arts. We have witnessed mainstream, cultural appeal for storylines featuring predominantly non-white casts at the box office. Movies in 2018, such as “Black Panther” (totaled $242 million dollars in the first four days of its release) and “Crazy Rich Asians” (grossed $238.5 million) attest. The recently released historic film “Harriet” (2019), which performed better than expected in its debut, also proves the point.

It used to be that these kinds of movies were considered niche ventures for the big screen, but they are showing themselves to be marketable and quite lucrative. They also are being released more frequently and in a variety of genres. I believe this trend will hold, and that we will see other movies that center ethnically diverse or predominately ethnically constituted casts.

Among the genres, stories broadly located within Afrofuturism also will continue to be popular. Afrofuturism is a trending field of study within African American literature and culture, and we see robust interest in the subject matter outside of academe. “Black Panther’s” popularity is now being followed by Tomi Adeyme’s New York Times bestselling “Children of Blood and Bone.” Temple Hill is currently drafting a script based on the book for the big screen. Ta-Nehesi Coates also has just released his first novel “The Water Dancer,” written in the tradition of neo-slave narratives like Toni Morrison’s “Beloved” and Octavia Butler’s “Kindred,” and also located in the genre of magic realism and fantasy.

Race continues to matter in a myriad of ways in this country, but due to the mainstream reception of these kinds of stories, it appears that perceptions of race for many are being assimilated in encompassing and dynamic ways.

► Prediction: In the brick and mortar retail world, options = survival. 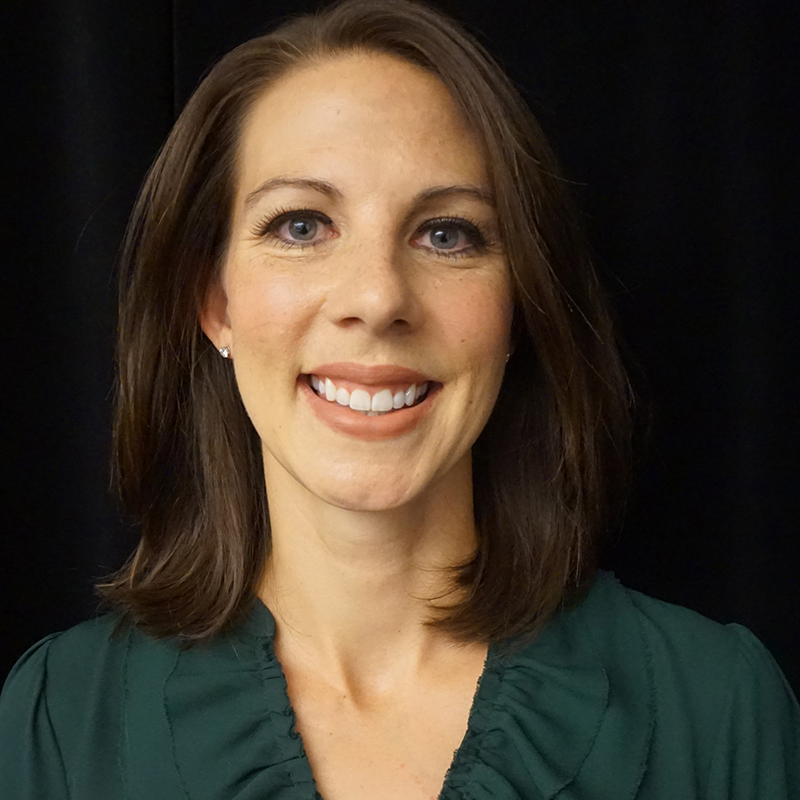 Time is money. If retail wants our money, they need to be thinking about our time. In the workforce, we are now spending more hours in the day working with less time left over for leisure activities like shopping. This trend will continue in 2020 and is most likely to affect brick and mortar stores. Even if it only takes 15 minutes to drive to a store, online shopping is instantaneous. Many brick and mortars will have to develop an online strategy if they want to compete.

Working mothers especially are feeling strapped for time. And women are the ones who likely hold the purse strings when it comes to retail shopping. Many women turn to Amazon to save time. The number of Amazon boxes that show up on our front porches will likely increase in 2020 - much to the chagrin of many husbands. Retail shopping will have to provide something that Amazon can’t if they want to buck this trend — carefully selected products, high quality services and expertise, a unique experience — or we will see more brick and mortars close in 2020. But brick and mortars can also take advantage of location as consumers visit walkable outdoor shopping areas with entertainment options for all ages and a number of restaurants.

► Prediction: 2020 will be a year of regulation in esports.

By Nathan Meeker, director and head coach of esports programs 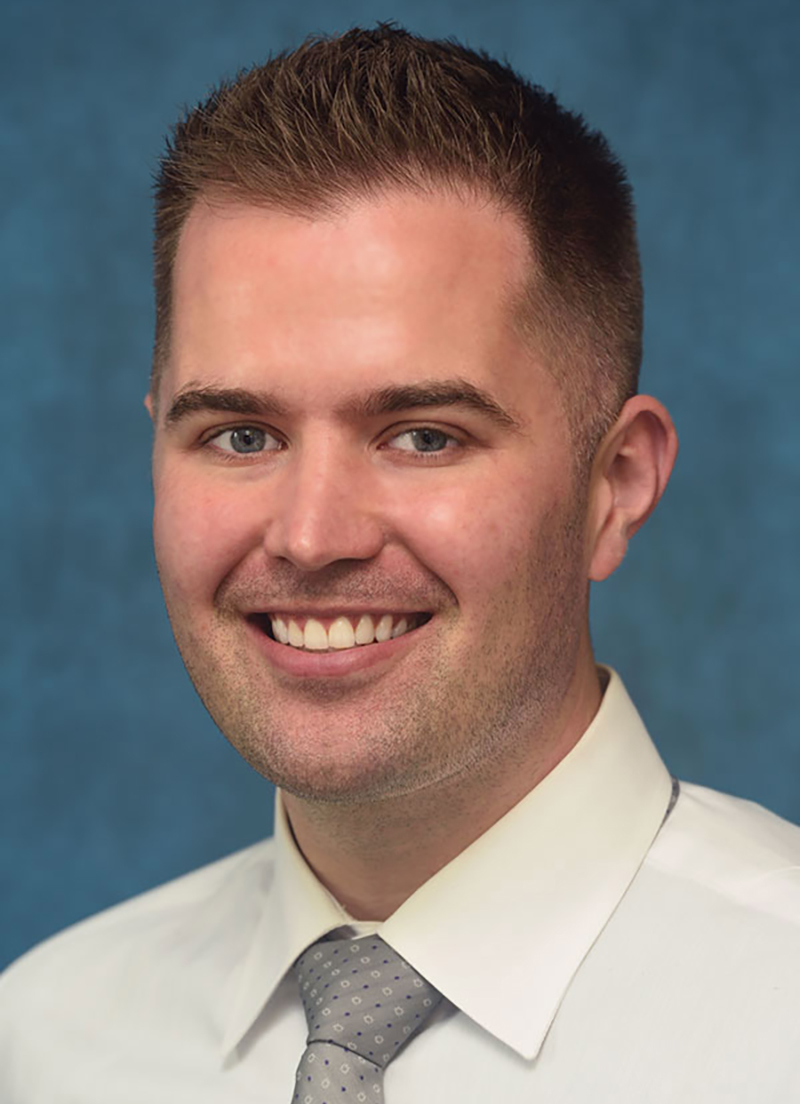 In some ways that have been positive and some that have been negative, the land of streaming, social media content creation and esports have really been the Wild West over the past few years for services like YouTube, Twitch, Facebook, Mixer and others.

Expect 2020 to be a year that expands what has been trending, but also adds some regulation from both the industry as well as emerging regulatory bodies – all across the field; collegiate esports will be no exception here. This should lead to more stability for those in the business, as well as a more structured approach to how the money is made, where it goes and how contracts are structured.

Overall, this will most likely lead to some internal fighting among the companies, stars and business world, which will collide and clash over the immense amount of money that is at stake, but should balance itself out over the next few coming years.

In the short term, this will set a higher barrier to entry to people looking to get into the industry, but will make it a more stable environment for those that do look to make a career out of it in the future.

For collegiate esports specially, this structure will be a huge boon to students looking to participate as the added structure will make it easier for them to find teams, compete against other colleges, see where they stack up against other players and, if they are skilled enough, leverage all of that into revenue for themselves!

► Prediction: Terrorists from within our borders will continue to pose biggest threats. 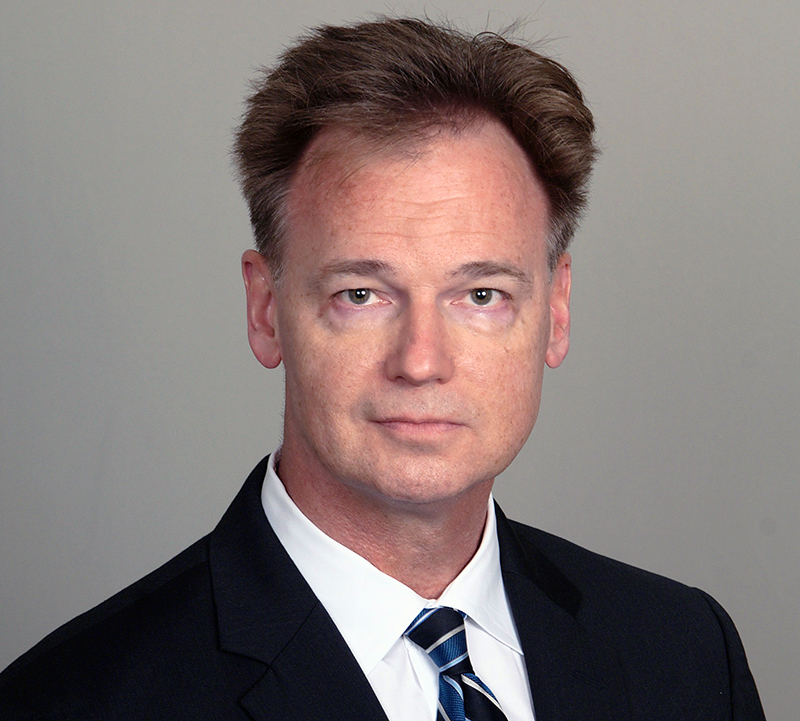 Having said that, it is also likely that individuals inspired by violent Islamist ideology will continue to try, and will sometimes succeed, in carrying out terrorist attacks. ISIS and Al Qaeda may be down right now but they are not out of the picture for good.