Jackson Gagne, a junior International Business major with a minor in French, is this year’s winner of the Ben Auburn Award in Cultural Criticism. The title of his short story was “The Foxes and the Wildcats.” Gagne received a $500 cash prize.

Winning third place was Emily Bower, a senior Public Relations major with a minor in French, for her short story titled “…..No Offense.” 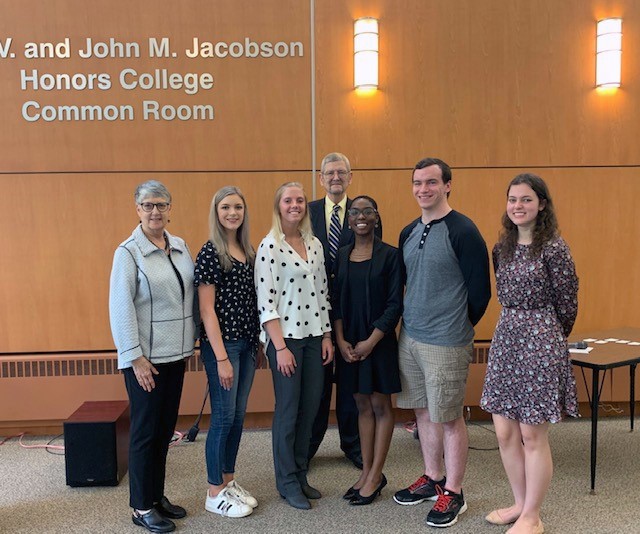