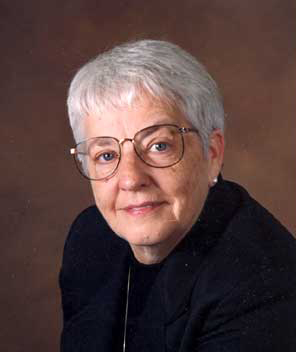 An internationally known teacher, lecturer, diversity trainer, and recipient of the National Mental Health Association Award for Excellence in Education, Elliott exposes prejudice and bigotry for what it is, an irrational class system based upon purely arbitrary factors. And if you think this does not apply to you… you are in for a rude awakening.

In response to the assassination of Martin Luther King, Jr. over thirty years ago, Jane devised the controversial and startling, "Blue Eyes/Brown Eyes" exercise. This, now famous, exercise labels participants as inferior or superior based solely upon the color of their eyes and exposes them to the experience of being a minority.

The Myth of Race: The Troubling Persistence of an Unscientific Idea -Robert Wald Sussman

Chosen as one of Peter Jennings' ABC-TV's "Person of the Week," Jane is the adaptor of the "Blue Eyes, Brown Eyes" discrimination experiment.  The sensitizing exercise, in which participants are labeled inferior or superior based on the color of their eyes, began in a third-grade classroom in all-white, all-Christian Riceville, Iowa, immediately after the assassination of Dr. Martin Luther King, Jr.  It has been repeated with dramatic results with children and adults throughout the country.  Those who have been through this exercise have said it is an emotionally significant and life-changing experience.  This ground breaking exercise is the pinnacle of all other diversity programming in the country today.

Several television documentaries have covered her work, among them ABC's "The Eye of the Storm," which won the Peabody Award; "A Class Divided," which dealt with the long-term impact of the exercise and Ms. Elliott's work with adults and was broadcast nationally on PBS's Frontline series; "The Eye of the Beholder," which also dealt with adults and their reactions to discrimination and was produced by Florida Public Television.  Both the latter films received an Emmy Award and most recently, the award winning film "The Angry Eye."

"The Angry Eye" is a dynamic and provocative documentary, showcasing Jane Elliott's world famous Blue-Eyed/Brown-Eyed exercise in discrimination.  The tables are turned on white American College students as they are forced to experience the same kind of racist treatment African Americans and other minorities have been receiving for years.  In the documentary, students' reactions are intercut with Elliott's observations.  The film is disturbing; both for the participants and for the viewers, who are made to confront their own prejudices.

Jane Elliott is a recipient of the National Mental Health Association Award for Excellence in Education.  She has been a guest lecturer at numerous colleges and universities and has been a guest on a wide variety of television shows including The Today Show, Tonight with Johnny Carson, Donahue, and the Oprah Winfrey show.  She is hailed as the leader in diversity training - a veteran presenter who has addressed groups ranging from colleges and universities, to civil service organizations, elementary schools, corporations and businesses.