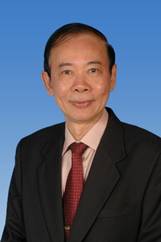 Professor Goh's recent research interests focus on polymer blends, fullerene-end-capped polymers and polymer/carbon nanotubes nanocomposites. He has published 300 research papers, 110 conference papers and 4 book chapters. He also holds two patents. Among the awards he has received include the Singapore National Science Award in 1997, the ASEAN (Association of Southeast Asian Nations) Achievement Award in 1998, and the FACS (Federation of Asian Chemical Societies) Citation Award in 2003. He was conferred a degree of Doctor of Science by the National University of Singapore in 1993. He has won eleven National University of Singapore teaching awards.

Professor Goh is married to Tong Hua (Theresa) Yang and their son Lek Ping is an accountant.