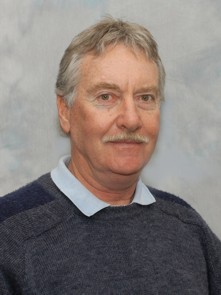 Prof. Ron Sanderson is the director of the Institute for Polymer Science at Stellenbosch University, in Stellenbosch, South Africa. When he retires at the end of 2008, Prof Sanderson, a NRF B-rated researcher, leaves a legacy of student training at a level supported by UNESCO, with graduates sought after by South African companies and international research institutions alike. He also leaves a legacy of advanced South African manufacturing techniques, excellent research, more than 40 local and international patents, almost 200 publications, strong international collaborations in Europe, the USA and Far East, and a significant funding base from industry.

Prof Sanderson joined Stellenbosch University's Department of Chemistry and Polymer Science shortly after completing his PhD in controlled polymerisation techniques in 1969 at the University of Akron. He then had the task to start and structure training courses in polymer science - a virtually non-existent academic field in Africa at the time.

In the 1970s, the now robust field of polymer science was an essentially unknown area in South Africa, with injection molding, bottle blowing and extrusion generally carried out using manually operated machines. Major manufacturing of plastic products or raw materials were not done locally.

Early successes by his research group included the preparation of glass fiber materials and the development of rocket propellants for defense purposes. These days water treatment research done by the IPS focus on low fouling membranes, infrasonic backpulsing and novel capillary membranes for conventional water treatment and desalination. Research is also carried out with practical outputs for the paint, paper industries, as well as in the polyolefin area to boost the petrochemical industry.

As a means to upgrade international collaboration and to help develop polymer science training in Southern Africa, UNESCO awarded Stellenbosch University a UNESCO Associated Centre for Macromolecules and Materials in 2000 under Prof Sanderson's leadership. It was the 7th UNESCO centre in chemistry at the time (currently thirteen). Recently, the UNESCO Associated Centre was asked to set up international satellite schools in specialized areas of polymer science in developing and developed countries such as Brazil, Mauritius, the Philippines and Germany.

His initiatives as educator not only produces South African polymer science graduates, but also provides training opportunities on a postgraduate and postdoctoral level to students from African and European countries such as Nigeria, Kenya, Uganda, Ethiopia, Lesotho, Namibia, Zimbabwe, Libya, Eritrea, France and Germany.

Prof Sanderson was recently honored at the 2007/2008 National Science and Technology Forum (NSTF) Awards ceremony. The NSTF award specifically honors his contribution to the successful training and mentoring of black researchers or students in science, engineering and technology over the last 5 to 10 years. Over a period of 10 years the Institute for Polymer Science has produced twelve black MScs, two MTechs and nine PhD graduates. In addition Prof Sanderson has promoted or co-promoted 84 MSc and 47 PhD students over his career, with 13 MSc and 16 PhD students currently under his guidance.

However, Prof Sanderson is not only hailed for the way in which he develops human capital, but also for his ability to translate academic initiatives into valuable technologies with economic and social benefits for the country.

"My research is inspired by the application, in real life, of my ideas and research outcomes," he states. This is done through the development and enhancement of technologies, patents and applications.

UA Dissertation Title - 1969: Nature of the Propagating Chain-End in the Organ Olithium Polymerization of Dienes