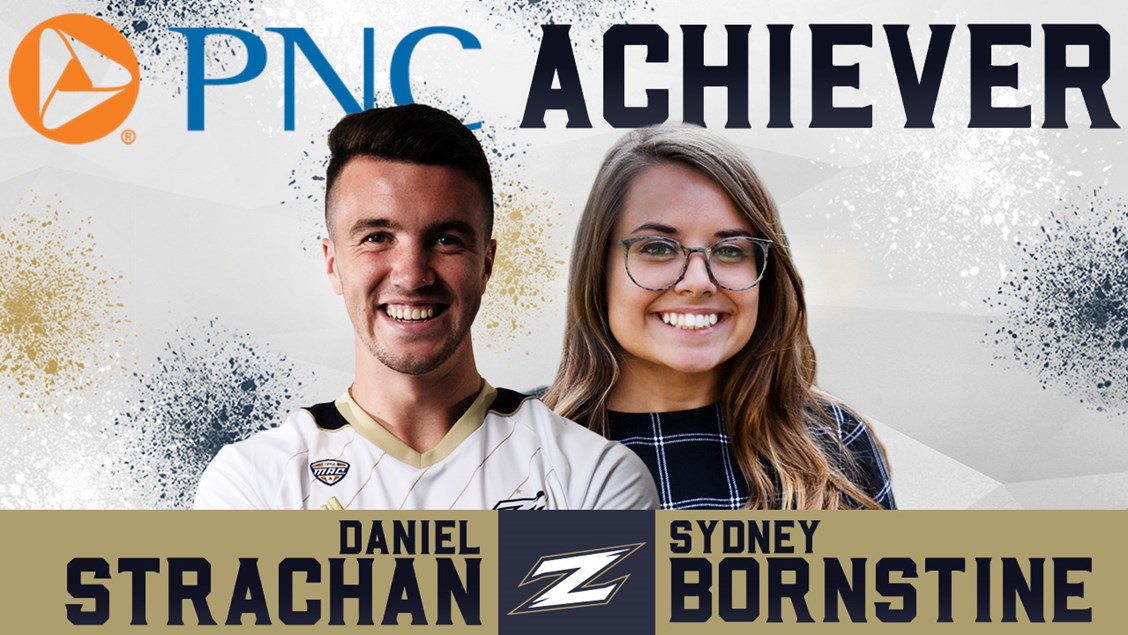 When Sydney Bornstine graduates in May, she's ready to hit the ground running. Actually, she's already making huge strides in college to set herself up for a successful career.

While working toward her bachelor's degree in her double major or integrated marketing communications and marketing management, the Norton resident is highly involved in activities on and off campus, has held an internship for the past year and already has a full-time job lined up as an analyst at the J.M. Smucker Co. in Orrvil.

Bornstine's tenacity and drive has earned her the title of PNC Student Achiever for the spring semester. Each semester, PNC Bank honors two students for their college achievements inside and outside of the classroom.

"I wouldn't say I'm an overachiever. I just found my niche and went for it. That helped me so much in college," Bornstine said.

In addition to her studies, Bornstine is on the Dean's Advisory Council, is a campus ambassador for J.M. Smucker and serves in a leadership role in Pi Sigma Epsilon, a marketing and sales fraternity in which students work on projects with local businesses to gain experience.

Bornstine, 22, grew up in a family that focused on helping others through various charitable efforts. She plans to spend her Saturdays helping others upon graduation.

She also has a few words of advice for fellow students and those headed to college.

"Join a student organization. Get involved. Do something other than going to work and school because that will set you apart in your career," Bornstine said. "Find something that brings you joy, as well as being successful." 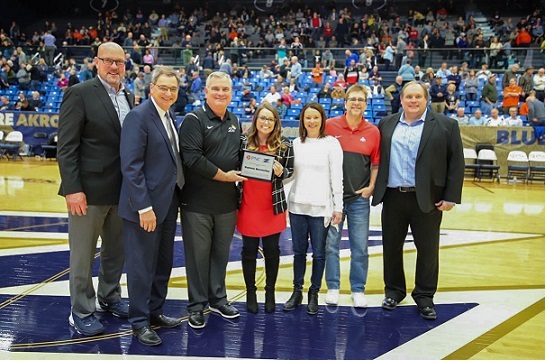 If Daniel Strachan could provide advice to students heading to college, it would be to get involved.

In addition to his academic studies in integrated marketing communications and marketing management at the University of Akron, the Lakewood native has immersed himself in soccer and giving back to the community in a variety of ways.

His tenacity paid off; he has been named a PNC Student Achiever for the spring semester. Each semester, PNC Bank honors two students for their college achievements inside and outside of the classroom.

"This feels amazing. When I found out there were only two people who get the (PNC Student Achiever) award, I felt very honored," Strachan said.

Outside the classroom, 20-year-old Strachan plays on the men's soccer team and serves on the Student Essay Advisory Committee, in which he manages community service opportunities for the group. The committee often volunteers at the Akron Canton Food Bank, Akron Children's Hospital and reads to school children as part of the 2nd and 7 Foundation, which promotes childhood literacy. The committee has also helped clean up the environment around Summit Lakes.

"Sometimes we get caught up with school and sports, and we don't think about giving back to the community," Strachan said. "The community supports us a lot, so it's pretty special to be able to support them."

Though he's looking forward to graduation next year, he is making the most of his college years, including completing his first internship with Learfield IMG College. He advises fellow students to follow suit and not to pass up opportunities just because they're busy.

"The more stuff I became involved in, the more organized I had to be," he said of his commitments. "Try to get involved in as many things as possible. It has helped me with time management." 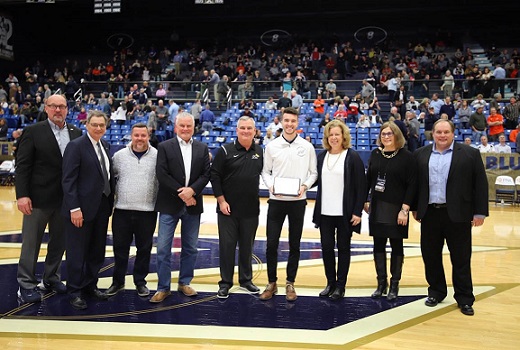