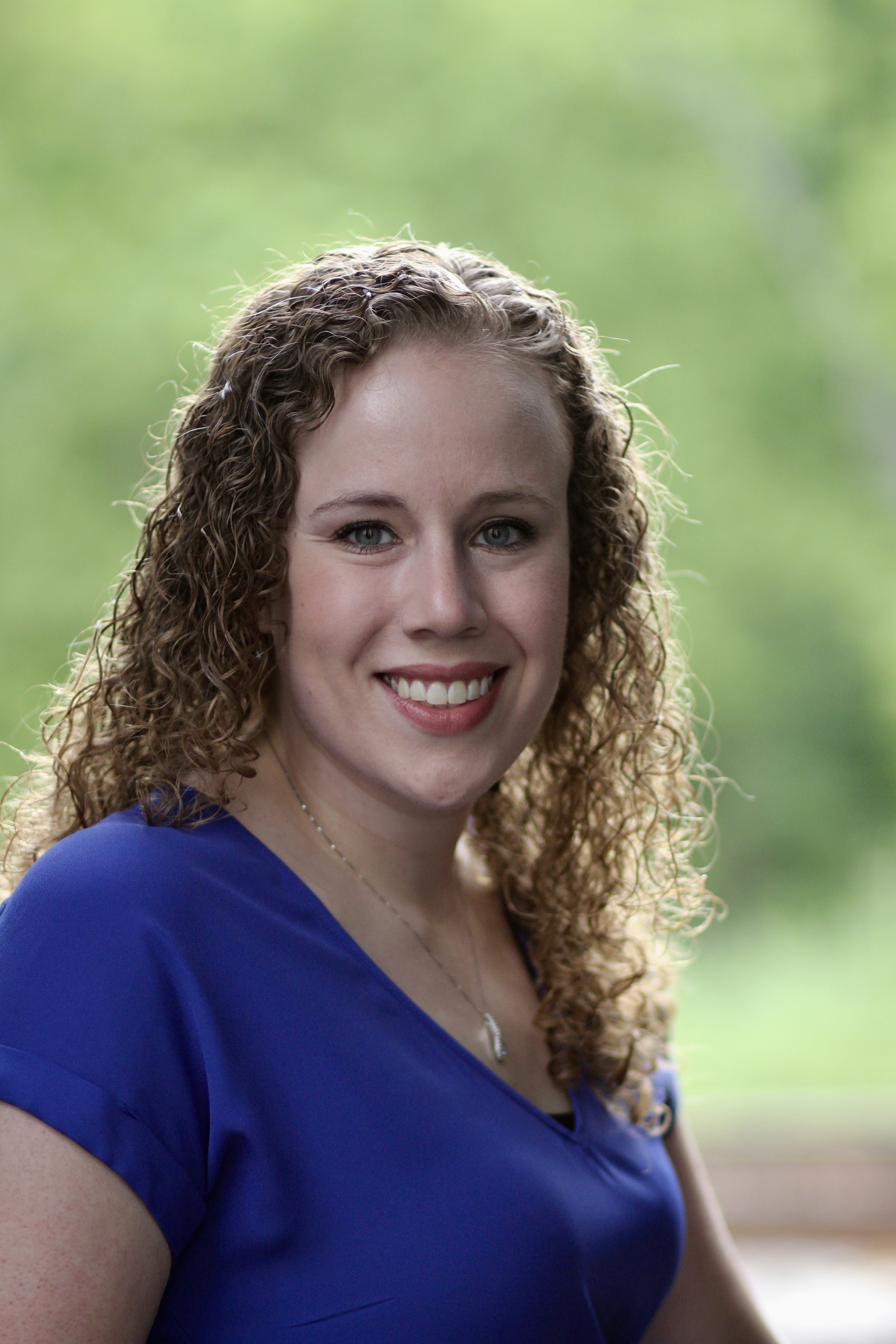 Mary Finnerty is a 2018 graduate of The University of Akron's Arts Administration program and now serves as the assistant manager of Development Systems and Database at the John F. Kennedy Center for the Performing Arts. Mary took the time to answer a few questions about her post-UA experience, and here’s what she had to say...

What was your background before coming to The University of Akron?

Before attending The University of Akron, I received my Bachelor’s degree in Music at Cedar Crest College in Allentown, PA. After graduating, I went back to my hometown, Athens, PA where I worked at a credit union. After a few years, my husband and I decided we were ready to move. Getting a Master’s degree in Arts Administration had always been in my life’s plan. We settled in the Akron/Cleveland area and I was accepted at UA. Little did I know that my experience in banking would later lead to success in my future career.

What is your favorite aspect of your current job?

One of my favorite aspects of my current job is playing an important role behind the scenes. While I am not a fundraiser, I still enjoy being a key team member of the development department. I love working in our database and being able to help my teammates best utilize all of the tools that the database has to offer. Additionally, I am fortunate to be in a position that gets to collaborate with other departments. I work very closely with Finance, IT, and our CRM team consisting of members from all different departments across the organization.

Tell us a little about your life after UA’s Arts Administration Program. How did your experience at UA prepare you for your post-college career in the arts? Immediately after graduating from The University of Akron, I started a position at The Cleveland Orchestra. This opportunity introduced me to the database Tessitura, development techniques from a large team, and the day to day life of what it’s like working for an arts organization. I learned about the complexity of charitable giving while working closely with the finance department. This position led me to my current role at the Kennedy Center. It also helped me discover what I really enjoyed doing. There are many facets to working in nonprofits and I never would have guessed I would be working with data and system processes and move to Washington, DC.

Out of everything I learned at UA, I most appreciate the comprehensive program that gave an overall view of an arts organization.

What is one of your favorite memories from UA’s Arts Administration Program?

My favorite memory was being a graduate assistant with the Art Bomb Brigade. Being a musician, I was a bit out of my element painting large murals. I learned

not only about painting, but event planning, social media marketing, and creating a lasting impression of the Akron Community.

What’s a piece of knowledge or inspiration that motivates you to give back to your current community?

What has always motivated me to become an arts administrator was the impact that the arts had on my life growing up. I grew up playing many instruments and was involved in many community groups. This has instilled in me the importance that the arts have to a community. I am grateful to have worked at nonprofits that promote artists, educate people of all ages, and use the arts to inspire audiences.

What are some current projects or experiences that you are doing or just finished that you can share with us?

At the Kennedy Center, we just finished our capital campaign—an expansion called the REACH. The REACH is meant to break down boundaries between artists and audiences. It’s a not only a performing arts venue, but an inclusive and accessible learning center where artists and the community can collaborate.

Additionally, we just upgraded our version of Tessitura. At an organization the size of the Kennedy Center, a lot goes in to play when upgrading the database to a new version. Our CRM team along with IT implemented a rigorous testing plan to make sure that everything moved smoothly to the new version with as few bugs as possible. One aspect of my job that I love is being able to collaborate with many different departments.

What advice can you give to our current UA Arts Administration majors?

To be honest, I recommend finishing your thesis/project while you are a current student. This is something I feel thankful I pushed to complete. I am grateful that my committee was able to dedicate so much time and expertise to help me through the entire thesis process.

Additionally, I am grateful for having awesome internship experiences. I not only had amazing opportunities, but I was able to meet mentors, friends, references, and community leaders that I still keep in touch with today. It’s important to get out in your community and meet the people that you look up to—whether it’s arts managers or artists, you never know where your encounters will lead. 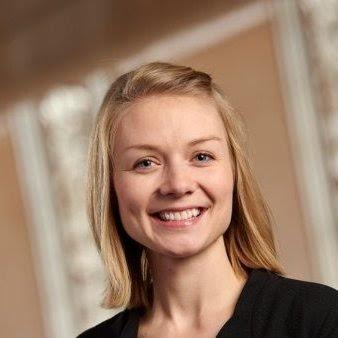 Bridget Mundy began the Arts Administration master's program at The University of Akron in 2010. In just a few months, she also launched her career with The Cleveland Orchestra, growing within its Development office while continuing her UA education. Today, Bridget serves as the first Executive Director of A Far Cry in Boston!

When asked to share advice to our UA students, Bridget shared time-honored wisdom, “Success is being prepared. Be proactive.” For those students interested, she recommended joining The Cleveland Orchestra’s Young Professional Group and to keep networking with open, sharing UA alumni like her and others. 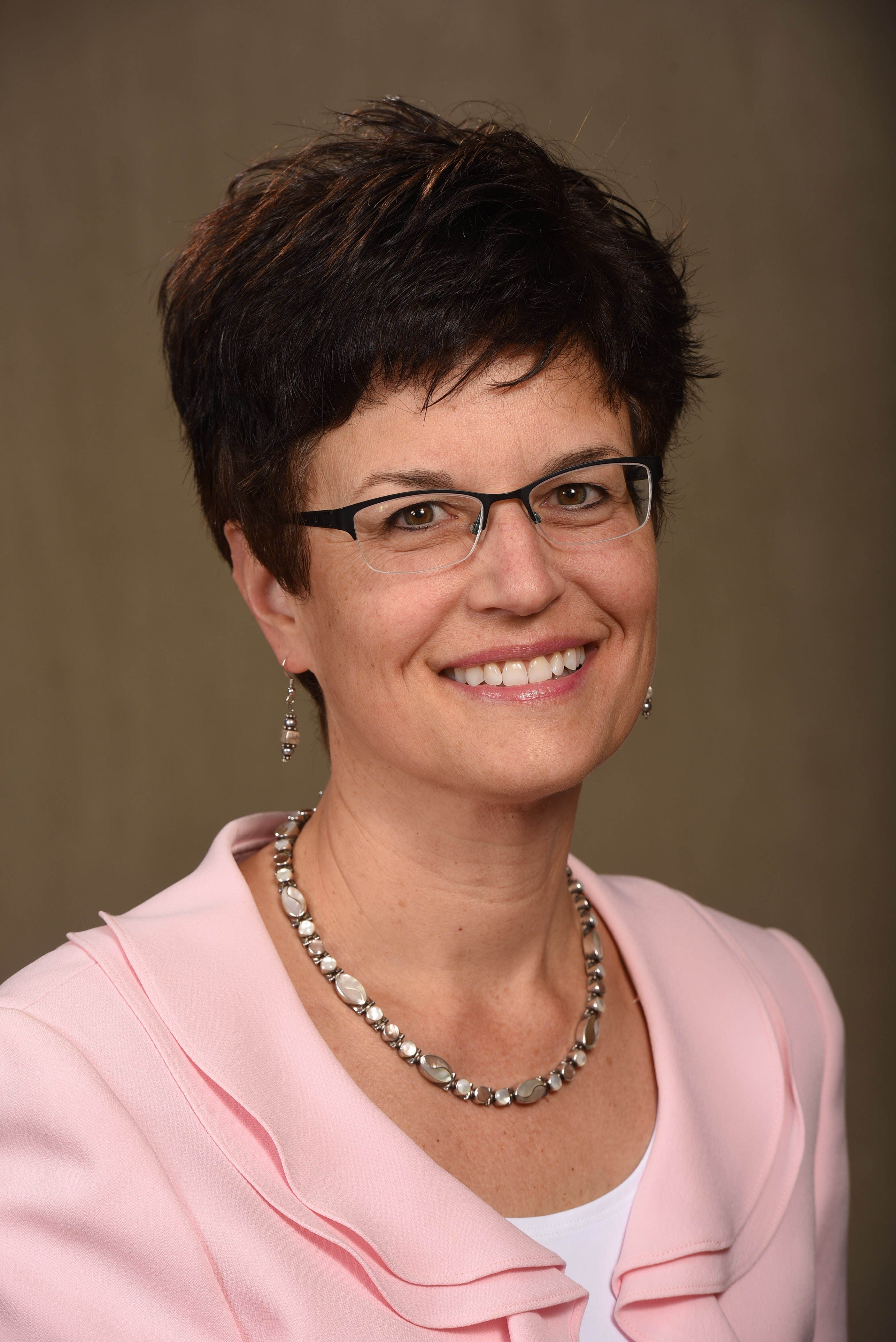 Susan Van Vorst, a 1980’s Arts Administration graduate, is now the Dean of Baldwin Wallace University’s nationally recognized Conservatory of Music. Susan credits her preparation for the world of arts administration to the influential leadership of her professors at The University of Akron. That leadership inspired Susan to pursue management positions at prominent arts organizations including The Cleveland Orchestra, the San Antonio Symphony and the Akron Symphony Orchestra.

Her 13 years at Akron’s own Stan Hywet Hall & Gardens as Foundation President and Vice President of Fund Development put her degree to the test. Susan was able to spread her wings by facilitating efforts like the creation of a supporting foundation and foundation board, introducing annual fund and planned giving programs, leading musical programming, and assisting the board and staff in leading several significant capital campaigns. She is grateful to have had the opportunity to serve such an iconic organization in the Akron community and states, “[Stan Hywet] lives in my heart every hour of every day, even still.” When asked if she would have been as fruitful in her leadership at Stan Hywet without her UA Arts Administration experience, she “there is no way.”

Through her love of arts and culture and her competent management abilities, Susan Van Vorst has touched the lives of many. A valuable lesson she learned during her time in the UA Arts Administration program and a piece of advice for future arts administrators from Susan is, “Don’t wait for this industry to carry you along… don’t think about it. Do it. Lead!”

When Janis Harcar and Justyn Jaymes attended The University of Akron in the 1980s, they were among the first to pioneer the Arts Administration graduate program. Now Weathervane Playhouse staff members, both Janis (Director of Advancement) and Justyn (Coordinator of Special Projects) share how their Akron experience prepared them to work as professional leaders in the business of the arts.

Justyn and Janis credit their Arts Administration professors for providing them the foundation in arts administration they use in the daily work at Weathervane Playhouse.

A native of Steubenville, OH, Janis taught music at places such as the Streetsboro City Schools and St. Joseph’s School in Mantua before beginning her Akron journey. Motivated by her desire to further grow in the arts, Janis chose Akron and found her Graduate Assistantship in Business Management to be a vital asset to her professional work in development and project management. Upon completion of her graduate studies, Janis found herself working for Weathervane Playhouse as their Marketing Coordinator. Twenty-two years later she remains with the theatre she loves, having advanced to her current position as Director of Advancement. When asked what she loves about her theatre, she smiled and said, “the rewarding work environment where everyone works well together and genuinely enjoys the entire process.” As she frequently says to her follow staff, “I look forward to having more fun tomorrow!”

Justyn is an arts professional with the credentials to prove it. A native of Cochranton, PA, Justyn completed his Arts Administration graduate degree while pursuing his J.D. from the Law School after serving multiple positions in higher education administration. Additionally, he has earned his B.A. in Theatre, M.A. in Educational Psychology and Counseling, M.F.A. in Theatre Design and is all-but-dissertation completed on his M.A. Ed. in Higher Education Administration. Of all his professional degrees, he shared his Arts Administration experience at Akron was a great chance to be creative and combine all his studies. For Justyn, Weathervane Playhouse is “a pleasure to return to the theatre arts after working in other non-profit sectors.”

We enjoy hearing what our alumni have been up to since graduating! Share your story with us or sign up for the DTAA alumni e-newsletter.