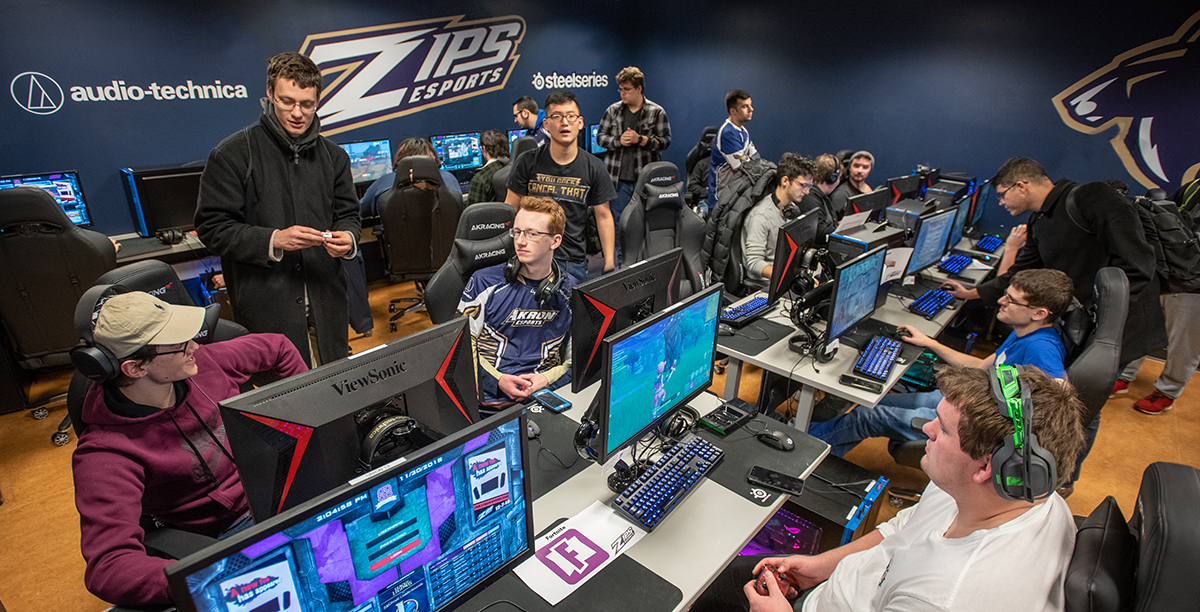 The Zips Gaming Lounge is filled with state-of-the-art gaming PCs and consoles all available for recreation use by UA students. As long as students are in good academic standing, they can bring their classmates for some friendly matches, grind out some competitive games with a buddy or enjoy a AAA title that they may not want to purchase just yet.

The Zips Esports Center is the central hub for all things esports at The University of Akron. Club esports teams are able to reserve sections of the pC and console stations for their practices and competitions. Unreserved PC and console stations are available for any student in good academic standing to use to play recreationally. The Akron Esports varsity teams also practice out of a computer lab in the center.

The Akron Esports Arena is the showcase venue for the varsity esports teams. There events are hosted where fans can sit and watch the varsity teams compete in their collegiate leagues against opponents either online or occasionally live and in person at the arena.

All of the gaming facilities come with a large selection of games across PC and console, and many are available to use for free if you don’t own your own account. Check out some of your favorite titles with the highest graphics without sacrificing performance!

Games are free to play or free accounts are provided, unless noted with **.

PlayStation Plus or Xbox Live accounts are necessary for online play.