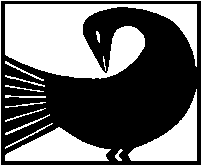 Wisdom is knowing what to pick up from the past.

Gerontology is the study of aging across the life span. It is interdisciplinary in its approach incorporating information from the following fields:

In addition to education and research about adulthood and aging, there is an emphasis on practice in order to more effectively provide service to adults and older adults and their families.

The population of the United States is growing older. At present, one in seven people in the United States is sixty-five years or older. It is estimated that in the year 2030, one in five people will be sixty-five years or older. The increasing numbers of older adults will mean an increasing demand for individuals with the skills and insight gained from training in gerontology.

Gerontology also helps each person understand his/her own aging and how to age successfully. Personal concerns about the aging of family members may also be pursued in gerontological studies.

WHAT IS A CERTIFICATE IN GERONTOLOGY?

There have been two major approaches to gerontology education in the United States: One approach, going back to the late 1940s, has been to offer a special course of study in addition to a traditional discipline resulting in a certificate. This is the approach taken at The University of Akron along with approximately 350 other college and university programs that belong to the Academy for Gerontology in Higher Education. A certificate may be received with any degree at the Bachelor's, Master's or Doctoral level. The completion is acknowledged by special notation on the student's transcript.

The other approach is to offer a degree in gerontology at the bachelor's, master's or doctoral level. There are approximately 25 undergraduate and 25 graduate programs among members of the Academy for Gerontology in Higher Education nationally that provide degrees in gerontology. If this is your interest, we will be happy to recommend such a program to you.

WHY STUDY GERONTOLOGY AT THE UNIVERSITY OF AKRON?

For over four decades, The University of Akron has offered gerontological education, research and service. In 1976, the Institute for Life-Span Development and Gerontology was created and has grown into a campus-wide program involving over 70 faculty in 22 different departments.

There are over 35 courses at the undergraduate and graduate levels.

Research, education, training and service support has been received from the following:

WHAT ABOUT THE TIME AND MONEY FOR THE CERTIFICATE COURSES?

Many of the courses meet the 300-400 hour distributional requirement for your elective credits. By planning ahead, you may be able to obtain a Certificate in Gerontology with no additional expenditure of time and money.

However, it is never too late!

You are encouraged to make an appointment to discuss your plans with Institute faculty (email us at lifespan@uakron.edu).

IS THE STUDY OF GERONTOLOGY COMPATIBLE WITH MY DEGREE?

More than 340 students have obtained a Certificate in Gerontology.

WHEN IS THE CERTIFICATE AWARDED?

Certificates are awarded in conjunction with a degree earned in any discipline from an accredited university and upon completion of certificate requirements:

WHERE CAN I GET ADDITIONAL INFORMATION?

The Institute for Life-Span Development and Gerontology will provide additional information including an application form.

The University of Akron
Institute for Life-Span Development and Gerontology
Suite 340, College of Arts and Sciences
Akron, Ohio 44325-4307

Institute for Life-Span Development and Gerontology