CONSIDER PHILOSOPHY AT THE UNIVERSITY OF AKRON

On just about everybody's list of hot skills are communication and analysis.  So, who has those skills?  How about philosophy majors?  Philosophy majors who took the GRE (Graduate Record Examination) finished first among all fields in both verbal and writing skills.

Verbal Score:
Philosophy majors have the highest scores on the Verbal section of the GRE of all other majors in any of the fields listed (with a mean score of 160).  English majors also score well on this section (mean of 157), but Philosophy majors excel above the other majors in this area (compare Political Science at 156, Foreign Language at 155, Sociology at 152, and Communications at 151).

Quantitative Score:
Not surprisingly, majors in the Physical Sciences and Engineering do better in this area than Philosophy students.  However, Philosophy students (with a mean score of 153) do better in this section than every other major in the Humanities, Education, Life Sciences, and Other Fields.  The only Social Science majors to out perform Philosophy is Economics (with a mean score of 160).

Writing Score:
On the writing section of the GRE, Philosophy majors again scored better than every other major in this area with a mean of 4.4.  English majors once again run a close second with a mean of 4.2, along with Political Science majors. 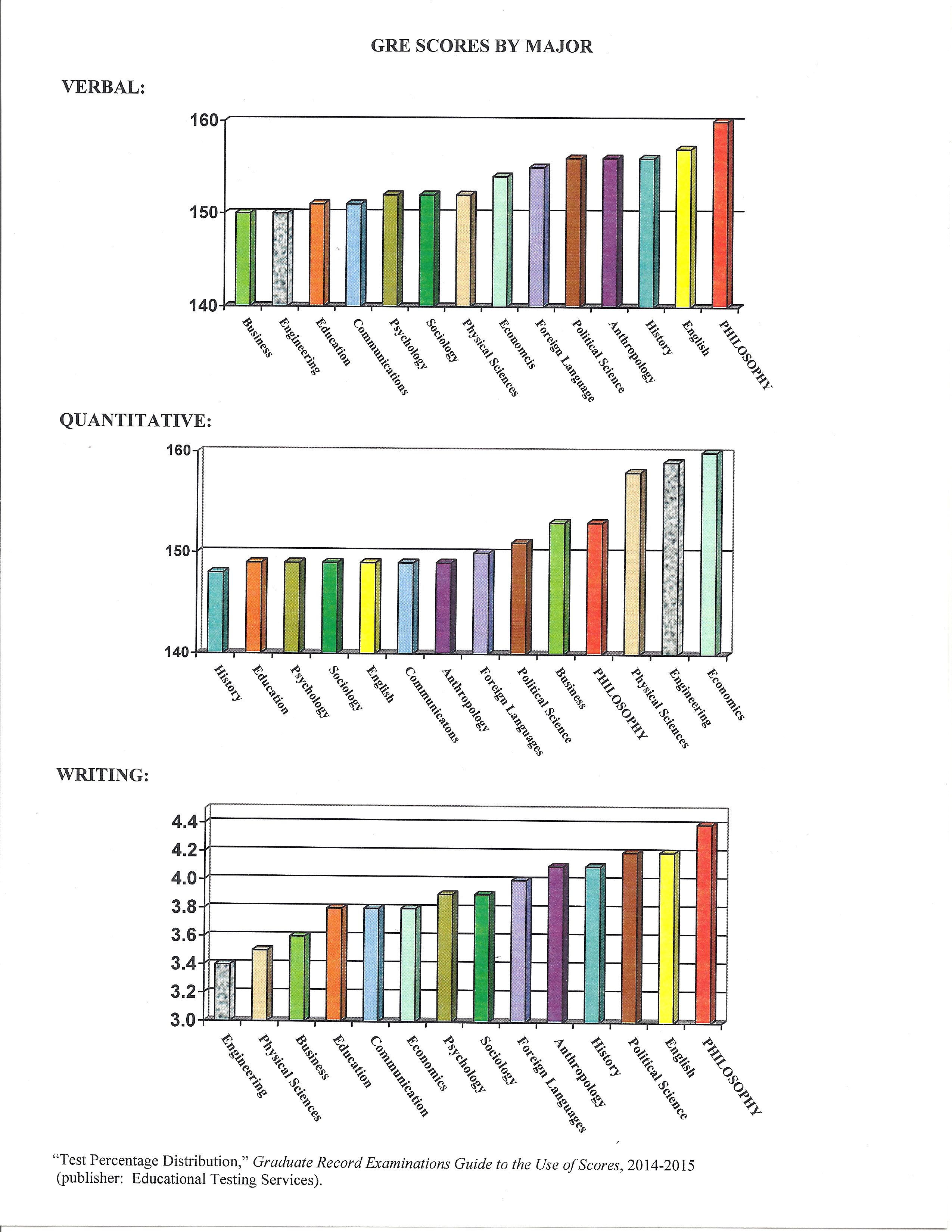