CONSIDER PHILOSOPHY AT THE UNIVERSITY OF AKRON

DID YOU KNOW?
The Philosophy Department at the University of Akron offers a Pre-Law Philosophy Minor specifically designed to provide undergraduates seeking a legal career with a course of study emphasizing the skills that Law Schools value most in their students.  The Pre-Law Philosophy Minor emphasizes logical reasoning and argumentation, linguistic and ethical analysis, and clear and precise communication.

Philosophy majors score the highest of all Humanities majors on the LSAT (Law School Admissions Test).

PHILOSOPHY AND THE STUDY OF LAW
Studying philosophy is an excellent choice for students who are planning to go to law school.  Perhaps better than any other undergraduate course of study, philosophy helps students to develop the skills that law schools value--skills that are crucial in the study of law.  These skills include the ability to develop and analyze arguments, to uncover assumptions and presuppositions, to identify fallacies in reasoning, to organize ones reasoning, and to structure complex ideas.  Both formal and informal logic are especially important in the study and practice of law.

Students who take philosophy courses learn to read difficult and closely argued texts, extract and critically evaluate arguments from the texts, and formulate their own arguments.  They learn to speak and write clearly and precisely.  Indeed, the methods of philosophy and legal reasoning are quite similar.

"The methods of analytic philosophy and of legal reasoning--the making of careful distinctions and definitions, the determination of logical consistency through the construction and examination of hypothetical cases, the bringing of buried assumptions to the surface, the breaking up of a problem into manageable components, the meticulous exploration of the implications of an opponent's arguments--are mainly the same."  --Richard Posner (federal appellate judge and law professor)

PHILOSOPHY AND THE LSAT
Data from the Law School Admissions Test (LSAT) shows that Philosophy majors outperform all of the other most popular pre-law and humanities majors.  On average, Philosophy students score 156.8.  Mathematics majors score just slightly higher.  See chart below. 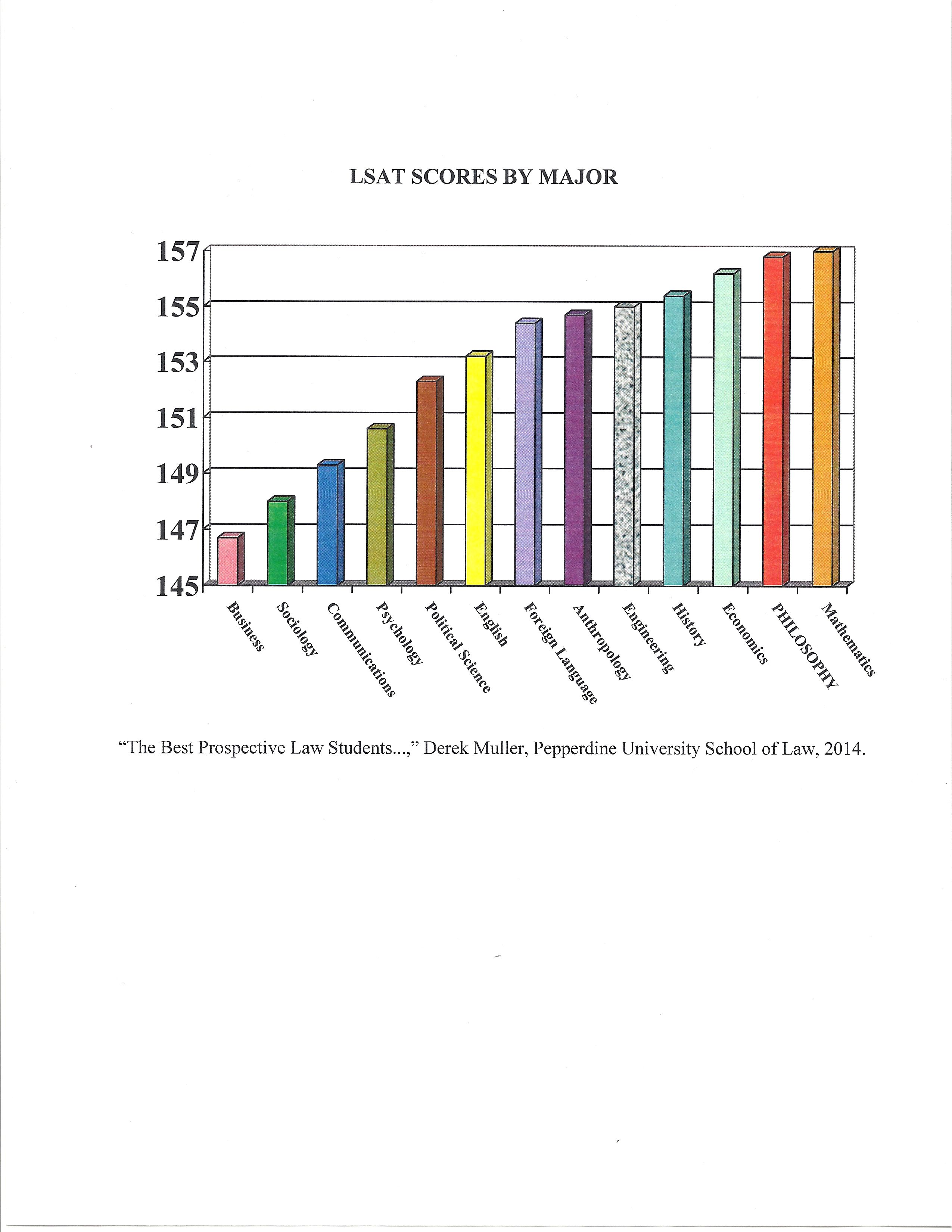