Turn Ohio around with investments in education and amenities, panel urges

The keynote speaker and panel of experts at the Ohio Economic Forum hosted by The University of Akron (UA) were consistent in their recommendations. They all advocate for higher investments in education, amenities, and infrastructure as the best path to turn Ohio around after decades, if not more than a century, of losing ground economically compared with the country overall. 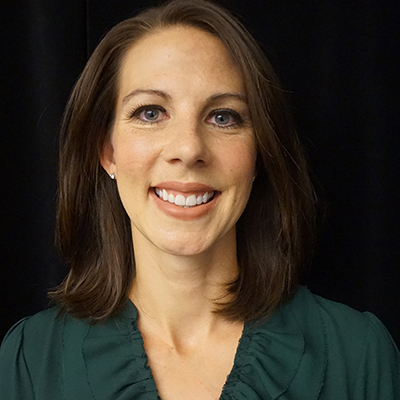 The virtual forum, held on April 30, 2021, and titled “Regaining Ohio’s Leadership in the U.S. Economy,” was presented by the College of Business Department of Economics and sponsored by the law firm Harbst Becker. This year’s forum was based on a recently published report co-authored by UA Associate Professor of Economics Amanda Weinstein, titled “Falling Behind: How Ohio Continues to Lose its Place in the U.S. Economy.” The report, co-authored with Dr. Michael Hicks and Dr. Emily Wornell at the Center for Business and Economic Research at Ball State University, details the economic underpinnings of Ohio’s rise and fall from the third most populous state in the nation. The report asserts that Ohio has been falling behind for over a century and that without a significant course correction, it will only continue to lose ground.

“The goal of [the report] is to open a broader discussion surrounding policies that influence the long run growth of the state,” Weinstein said in her introductory remarks during the forum. “Ohio's experience…is not unique. Indiana, Michigan, Wisconsin, Illinois, and Pennsylvania all experienced similar challenges, and in each of those states, important long-term conversations surrounding economic development, education and tax policies are in full swing.

“While these conversations vary in different communities, they share a common realization that economic growth in the 21st century will be led by a highly skilled workforce living in communities that are attractive and accessible,” Weinstein said.

Following introductory remarks from Weinstein and Dr. Sucharita Ghosh, professor and chair of the Department of Economics, keynote speaker Dr. Mark Partridge presented his commentary on the issues raised by the “Falling Behind” report. His presentation was followed by a panel discussion and audience Q&A session moderated by Dr. Andrew Thomas, associate professor, marketing & international business, Department of Marketing at UA.

“You can go back to the dawn of World War II. The more educated cities at that time have been the fastest growing cities since,” said Patridge, the C. William Swank Chair of Rural-Urban Policy at The Ohio State University and a professor in the Agricultural, Environment, and Development Economics Department. “Education is one of the best predictors of how well you'll do, and education is not something [Ohio is] doing very well at.”

Over the last 15 years, the Ohio General Assembly has mostly focused on cutting taxes and making the state’s tax structure more business friendly as a way to drive economic growth. “As you can see, it hasn’t paid off,” he said.

“One of the reasons why Ohio has a relatively low unemployment rate, which politicians point to as proof we are doing well, is that people who are unemployed don't believe there's a lot of jobs here, and they leave. They're no longer unemployed in Ohio.”

Panelist Amanda Woodrum, a policy analyst at Policy Matters Ohio, a non-profit policy research institute, focused her remarks on the tradeoffs we make when we cut taxes.

“We need to understand how important the role of public infrastructure is in promoting the economy, whether it's transportation infrastructure, broadband, or modernizing the electrical grid or the sewer system,” she said.

Woodrum returned to the subject of education during the panel discussion.

“As Dr. Weinstein’s report makes very clear, we've under invested in education as a state…That’s really at all levels of education. It's higher education, but it's also K through 12. This is particularly problematic for poor communities because we rely heavily on a system that's paid for with local property taxes and areas of concentrated poverty have fewer property taxes to put towards their schools.”

“The thing that seems lost in the tax discussion is how you spend your tax revenues and whether or not you're investing in the highest return types of activities,” he said. “And those things really seem to be very related to human capital.”

Venkatu later pointed to the huge financial incentives state and local governments offer companies to bring jobs or build headquarters as another example of questionable expenditures. “It seems like it would be more cost effective to invest those dollars in programs to help existing businesses become more competitive and open themselves up to new markets,” he said.

“I think [Jobs Ohio] would tell you that incentives are one part of it, but often the conversations they're having are about the quality of the workforce and whether they've got the kind of sites the company is looking for. In the Amazon headquarters example, there were incentives involved, for sure, but it seemed at the end of the day, they were really trying to tap into deep pools of high human capital employees, and that's what drove their decision in the end.”

Vankatu put another idea on the table during the discussion period, recommending a relatively recent book from two MIT economists ("Jump-Starting America") that he found compelling.

Panelist Dr. Mark Rembert is an economist who focuses on rural development and small-town America as the head of the Rural Innovation Network at the Center on Rural Innovation.

“More than half of rural counties in Ohio are dependent on manufacturing,” Rembert said. “If our approach to economic development in rural communities is to say, ‘here's your industry, build on it,’ people who aren't interested in working in that industry are going to leave. This economic development approach doesn't help increase the human capital of rural places. That was a point that really stood out to me about the future of rural communities in Ohio.

“When you look at the types of entrepreneurship programming typically available in rural places, it is almost entirely catering to Main Street or hobby businesses. If you're a rural entrepreneur who wants to create a startup, you're expected to go to a metro area to get support and resources. We need to think about how we can bring more incubator and accelerator type programming rural areas.

“One great example is the Kricker Innovation Hub launched recently by Shawnee State University in Portsmouth, Ohio. This has also been happening for many years in Southeast Ohio led by the Ohio University Innovation Center. So, there are examples, but they're limited. It would be great to see much more emphasis put on expanding those types of programming and really making it a part of the economic development strategy for rural Ohio.”

Dr. Roland Anglin, dean and professor, Levin College of Urban Affairs, Cleveland State University, offered several insights. The connection between education and economic development is not just about colleges and universities, he said. “K through 12 education is now inextricably linked to economic development.”

Following up on the view that amenities are essential to attracting and keeping knowledge workers, Anglin stressed that there has to be a supportive link between the arts & culture and formal economic development strategies. He also cautioned planners and policymakers to always incorporate the time factor. “It took a long time for us to get to where we're at today, and it's going to take a long time to build preconditions for sustainable and equitable development.

"Anglin later observed that urban school districts across the country have been experimenting for years with different types of efforts to boost the attainment rate of their students. What seems to be working best are holistic strategies that target students at the earliest possible age and provide wraparound services that help the children and their families not only with their ability to function inside of the classroom, but also improve their overall life circumstances.

A glimpse of what students are learning

In her opening remarks, event chair Dr. Sucharita Ghosh noted that the “Falling Behind” report is more than a faculty endeavor.

“This empiric-based report also gives you a glimpse of what we train our students to do during their undergraduate degree programs in economics and business data analytics,” she said.

“Our students learn to conduct empiric-based research with hands-on experience in getting data, cleaning data, learning to develop models – which uncover causal relationships – and finally, learning to tell a story which weaves the data, the theory and their empirical results. These critical thinking skills, in a world awash with data, teach our students to make data-driven policy decisions, whether in business or in a non-profit organization.”

The conversation is available online, on demand. You can conveniently go to any segment of the program that interests you with the markers provided in this video.