After advancing undefeated through five rounds of the regional ABA National Appellate Advocacy Competition (NACC) in March, The University of Akron School of Law moot court team of Kristo Pantelides and Megan Parker won their first four rounds at nationals to reach the semifinals before falling just short. However, they came away with the award for the fourth best brief in the nation. They were supported by bailiff Kylie Thomas during the 2021-22 season.

“They did a fantastic job,” said team coach Mike Gentithes, associate dean of academic affairs. “The NACC is one of the largest and most challenging moot court competitions in the country. All season, Kristo, Megan and Kylie exemplified the intelligence, teamwork and dedication that make Akron Law such a special place. They've made us all immensely proud.”

The NACC involved a fictional U.S. Supreme Court case in which the plaintiff, a blind woman, sued a candy company alleging that it was in violation of Title III of the Americans with Disabilities Act because its website does not include software code that would make it accessible to visually impaired individuals like herself using screen-reading software. Title III of the ADA prohibits businesses from discriminating against people with disabilities “in the provision of goods and services, for places of public accommodation.” 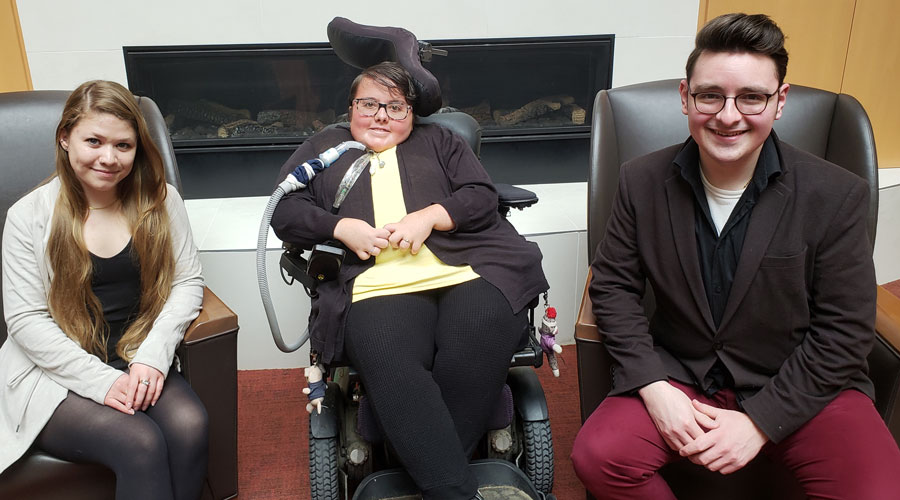 The Akron team represented the plaintiff in its brief, arguing that the company’s website is “a place of public accommodation” because the language of Title III of the ADA does not limit enforcement to physical locations and Congress intended its application to expand with technology.