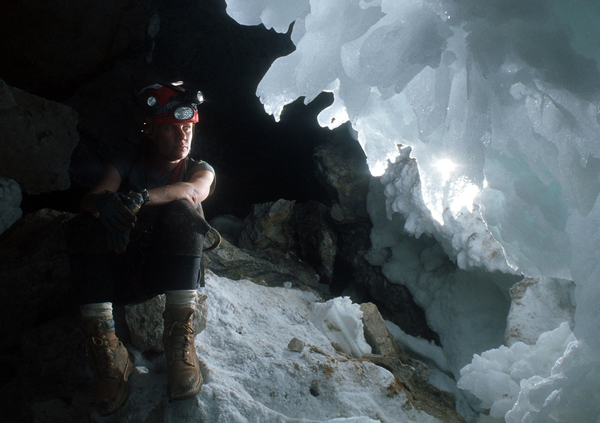 Clues to bacteria growth and their resistance to antibiotics were discovered deep in New Mexico's ancient Lechuguilla Cave. Here, bacteria strains that flourish on sedimentary rock and minerals and void of human contact for their 4 million years of existence were collected by Hazel Barton, UA associate professor biology and associate professor of geology and environmental science. These bacteria strains, 93 of which were tested and shown resistant to antibiotics, underscore the resilience of bacteria and demonstrate the deep-rooted nature of their antibiotic resistance. They emphasize the challenge of treating infectious diseases and the importance of finding more antibiotics to treat currently untreatable infections. 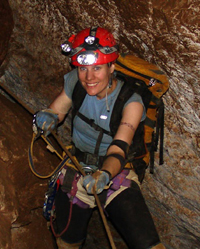 The discovery of the bacteria, in an area where they have not been exposed to pharmaceutical antibiotics, promises to help scientists understand the origins of their resistance to antibiotics. The findings by Barton, in collaboration with Gerry Wright, scientific director of the Michael G. DeGroote Institute for Infectious Disease Research at McMaster University in Canada, appear in the Public Library of Science ONE journal, April 11, 2012.

"Our study shows that antibiotic resistance is hardwired into bacteria. It could be billions of years old, but we have only been trying to understand it for the last 70 years," Wright says.

In their survival-of-the-fittest existence, bacteria create their own antibiotics to kill other bacteria, Barton explains. Consequently, this defense mechanism causes bacteria to become evermore resistant to antibiotics. 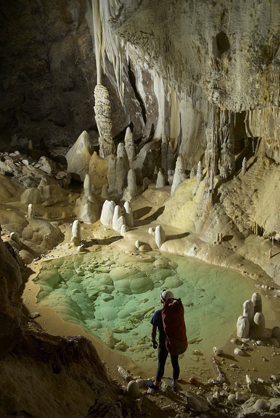 Scientists gathered more than 100 strains of bacteria to test for antibiotic resistance from more than 1,000 feet underground in New Mexico’s Lechuguilla Cave. Photo by Max Wisshak.

"We’ve seen a type of resistance that we don't treat against right now," Barton adds, referring to a group of organisms, distantly related to the bacterium that causes anthrax,which she extracted from the cave.

The bacteria display a resistance to antibiotics that has not been seen before. They provide an early-warning system for antibiotic usage by doctors and suggest the importance of developing new drugs that could prevent this resistance before it develops.

"We can say to doctors, 'While this isn't a problem right now, it could be in the future, so you need be aware of this pre-existing resistance and be prepared if it emerges in the clinic or you are going to have a problem,'" Barton says.

Drugs effective in combatting super bugs exist in the bugs themselves and in the environment, Barton says. She points to the example of penicillin, which is a type of mold. "Everything has gained resistance to penicillin, but we can add a chemical to penicillin that will destroy bacteria's resistance to it. Penicillin becomes active again as a drug used to treat patients with infections."

Discovered in 1986, Lechuguilla Cave provided an ideal setting from which to gather bacteria uninfluenced by human activity and pharmaceutical antibiotics. The researchers sampled bacteria from so far into the cave that Barton's research team camped for four days in the cave during the collection process.