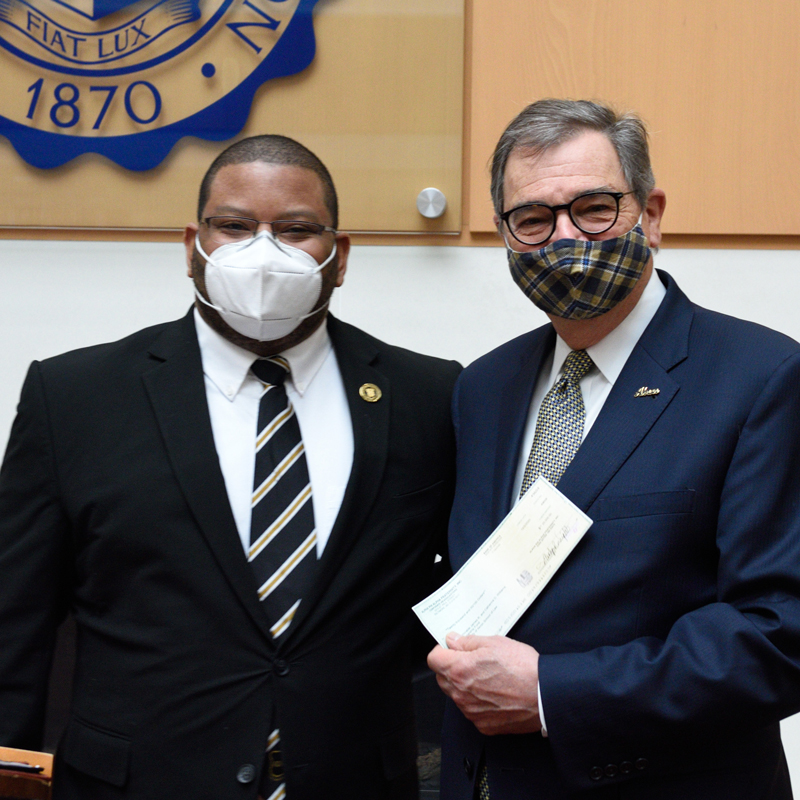 The University of Akron Foundation was pleased to accept a $20,000 donation to the Judge James R. and Catherine D. Williams Scholarship Fund from the Alpha Phi Alpha Fraternity, Inc. Representatives gathered in the Beatrice K. McDowell Commons of the McDowell Law Center today to present the gift. 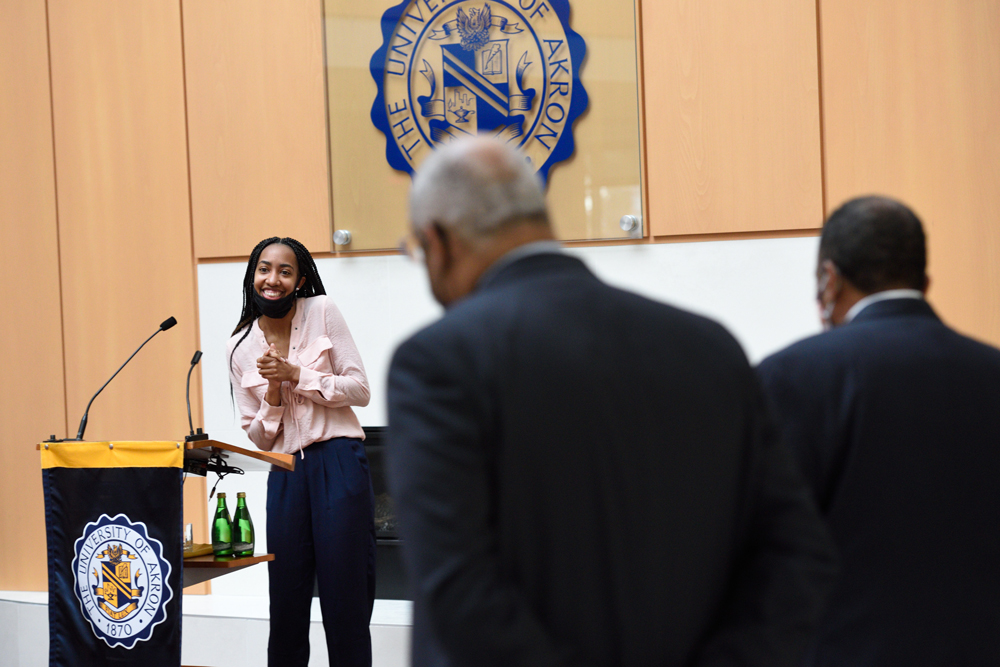 UA Scholarship Fund recipient Trinity Davis thanks the donors for their contributions.

Remarks were given by UA President Gary L. Miller as well as this year’s honored scholarship recipient, Trinity Davis. Davis is a second-year law student and serves as president of the Black Law Student Association.

“We’re so grateful for Alpha Phi Alpha’s longstanding support of The University of Akron, and for this tremendous gift in support of a very important scholarship.,” says Miller. “Judge Williams was a revered mentor and role model to many Akron Law students and alumni, especially young Black lawyers. His legacy continues to inspire and support students through the scholarship established in his name.

The Honorable James R. Williams and Catherine D. Williams Scholarship Fund was established in 2000 to reward academic achievement and a history of leadership at the School of Law or in the community by upper division law students who are members of the Black Law Student Association. The award is named after Judge James R. Williams and his wife Catherine. Judge Williams was a two-time UA alumnus, civil rights leader and jurist who was the first African American to serve as a Summit County Common Pleas judge. Judge Williams was the 25th General President of Alpha Phi Alpha Fraternity Inc., the first intercollegiate historically African American Greek-lettered fraternity. In the late 1960s he was the principal founder of Alpha Phi Alpha Homes Inc., a non-profit corporation that has built more than 1,600 units of housing in Northeast Ohio. Catherine was an educator with Akron Public Schools.