An anonymous UA alumnus was emotionally moved by the tragic terrorist attack that killed his friend Jason Spindler, a U.S. business professional of third-world economic development. 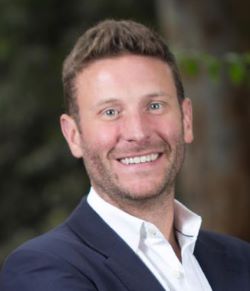 Jason attended the University of Texas at Austin, where he received his bachelor's degree in International Business and Finance. After graduation, he worked in investment banking for Solomon Smith Barney/Citigroup in New York City. Jason's life and subsequent career path were profoundly changed by the September 11, 2001 attack on the Twin Towers. The experience of helping to rescue people from the rubble led him to leave his Wall Street career and begin a life of service to others. On January 15, 2019, Jason was killed by a terrorist attack while working at an office complex in Nairobi, Kenya.

Like Jason, the donor believes strongly in the power of education and its ability to impact an individual's future.The anonymous alumnus established The Jason J. Spindler Memorial Scholarship for an MBA student with an annual gift.