As Americans recognize and honor those who have served in the U.S. military on Veterans Day, those of us at The University of Akron College of Business wish to pay a special tribute to our students, alumni, faculty, staff, and their loved ones who have proudly worn the uniforms of our armed forces.

After graduating from high school, Associate Professor of Finance, Dr. Eric Brisker, enlisted in the U.S. Army and became an infantryman soldier. Having served in 11D (11-Delta) as an infantry anti-tank soldier, Brisker was with the 101st Airborne Division at Fort Campbell, Kentucky. Having served from 1991-1992, Brisker left the Army as a Private Second Class (PV2) after being released early as part of the military reduction. 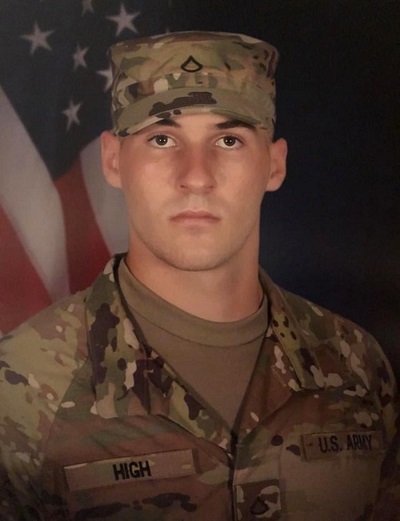 Currently an infantryman in the Army National Guard, College of Business (CoB) MBA candidate Blake High has been enlisted for over three years and will be commissioned as an officer to active duty in May. High decided that he wanted to be in the Army because of the influence that both his grandfather and older brother had on him. His grandfather, who served from 1943-1983 in the Air Force and Army, spent time in both Korea and Vietnam.

”My grandfather retired as a Captain and my brother is a Major and has been in for almost 15 years now, “ said High. ”Growing up, I would always wear my brother's old uniforms and play in them. I told myself when I grew up this was what I was going to do so I enlisted in the infantry (11B).“

High came to the University of Akron in the Spring of 2018 to compete in track and field and earned a Bachelor degree in Criminal Justice before deciding to pursue a Master's in Business Administration. In addition to his work for the University of Akron ROTC Program, High is a graduate assistant for the CoB Fisher Institute for Professional Selling.

”Blake High has been a wonderful asset,“ said Marketing Department Chair, Dr. Deborah Owens. ”From helping in our Honors Business Class to assisting with grading in our International Business classes, Blake is a consummate professional. We thank him for his service to our great country and his dedication as a graduate teaching assistant in the College of Business.“