The origin of life is still a mystery with many unsolved puzzles. How were molecules created? How did they assemble into large structures? Among the conundrums, the "homochirality" phenomenon upon which amino acids and sugars form is particularly fascinating. University of Akron A. Schulman Professor of Polymer Science Tianbo Liu has discovered that Mother Nature’s clear bias toward certain amino acids and sugars and against others isn’t accidental. 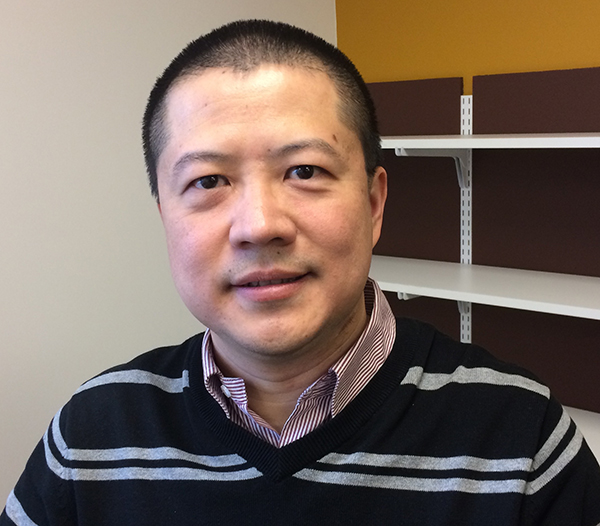 Liu explains that all life molecules are paired as left-handed and right-handed structures. In scientific terms, the phenomenon is called chirality. Nature’s selection of only right-handed sugars and left-handed amino acids upon which to build life might be much simpler than we expected before.

Liu found that any molecules, if large enough (several nanometers) and with an electrical charge, will seek their own type with which to form large assemblies. This "self-recognition” of left-handed and right-handed molecule pairs is featured in the March 10, 2015, issue of Nature Communications.

“We show that homochirality, or the manner in which molecules select other like molecules to form larger assemblies, may not be as mysterious as we imagined,” Liu says.

While an understanding of how homochirality occured at the onset of life remains a mystery, this new finding emphasizes that Mother Nature’s inner workings may not be as complex as we think.

Funded by the National Science Foundation, this research was led by The University of Akron Department of Polymer Science, with collaborators from Northeast Normal University (China), Emory University, Argonne National Laboratory and Tsinghua University.