In Northeast Ohio, universities don’t just educate future researchers — they develop future entrepreneurs. On Thursday, April 23, the ninth annual LaunchTown Entrepreneurship Awards will celebrate five competitors representing some of the brightest and most innovative ideas being produced at northeast Ohio universities. Of this year’s student team finalists, two are from The University of Akron, two are from Kent State University and one is from Case Western Reserve University.

After a final pitch to judges representing industry and academia, the winning team will be presented with a $10,000 check and a promise of $20,000 worth of mentoring and advisory services from local entrepreneurs. 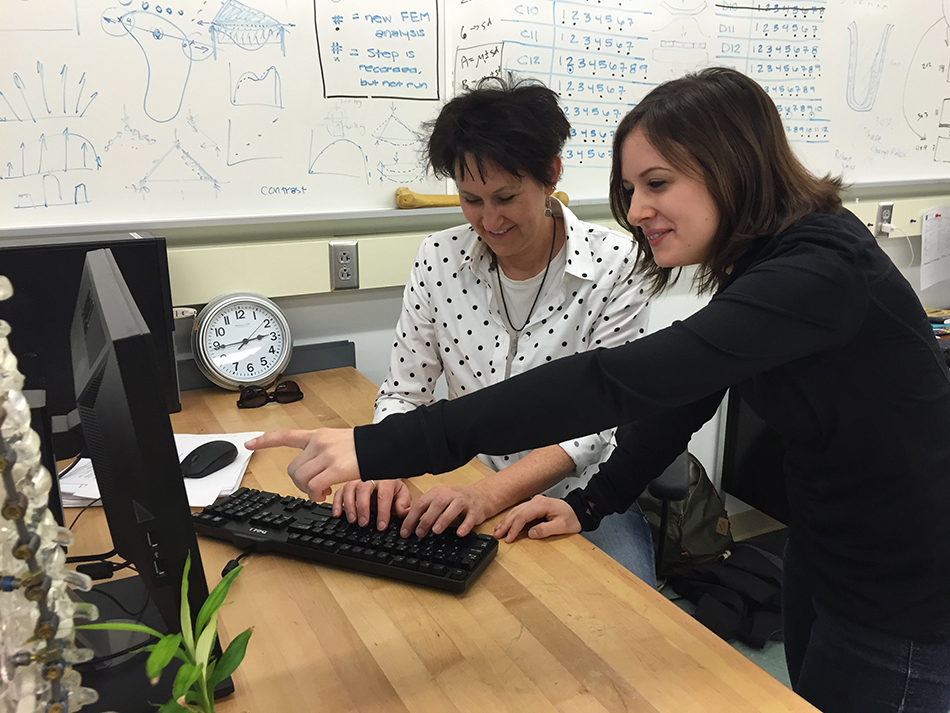 The first of two UA teams is Kathleen Stitzlein, biomedical engineering Ph.D. student, and Mariam Crow, postbaccalaureate student in biomedical engineering, under the mentorship of Dr. Brian Davis, chair of the Department of Biomedical Engineering. With the legalization of marijuana, the problem she identified is how law enforcement officers can keep roads safe from drivers under the influence. While states have set legal limits in drivers for levels of THC (< 5 nanograms), which is the active chemical in marijuana, the technology to accurately measure levels of the chemical roadside does not exist.

“Today if a driver is suspected of impaired driving due to marijuana, law enforcement officers must call an Emergency Medical Squad to the scene or take the driver to a local hospital for blood work,” says Stitzlein. “Lab results can take up to six weeks to come back, which is clearly not ideal.”

Enter The Cannibuster – a novel, microfluidic device that uses noninvasive saliva testing and lab-on-chip technology to detect THC levels in a matter of minutes. Stitzlein believes her point-of-care device can determine concentration of the chemical in the bloodstream, providing law enforcement officials with a quick, accurate roadside method to detect levels of THC.

“Kathy is the perfect example of what’s possible when our students look for engineering solutions to medical problems,” says Davis. 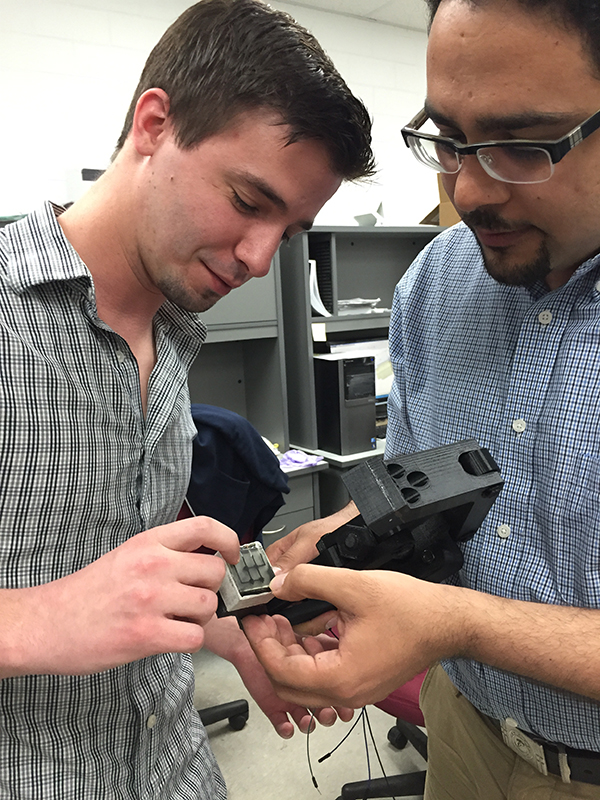 The Cannibuster has already received Ohio Third Frontier funding for further prototyping. Additional funding for The Cannibuster would allow the team to create partnerships with law enforcement departments in states where marijuana has been legalized to discern final device requirements from the end user’s perspective.

Don’t let it slip away

Sensors today aren’t as adept at holding on to things, mainly because they can’t detect when something is slipping. Robosense can detect more points of contact and mimic the size and shape of the human fingertip better than the current commercially available products — and it can be done at one tenth the cost — thanks to 3D printing. These sensors perceive temperature, pressure and slip detection.

The team has a patent pending for a conductive polymeric material that they use to protect the sensors from mayhem, like putting a hand in boiling water or smashing a thumb with a hammer. Team Robosense also has plans for industrial applications for robot “hands” found on assembly lines.

The drive of an entrepreneur

LaunchTown is an idea competition open to graduate-student-led teams with awards going to the best ideas submitted for a new business, product or service.

The purpose is to inspire and provide students a forum to experience what it is like to become an entrepreneur.

The event is open to college students from across northeast Ohio. This year, 25 teams competed. That field was narrowed down to 10 semifinalists and then five finalists. The winner will be announced Thursday, April 23 at the UA Quaker Square Ballroom.

The award is funded by The Burton D. Morgan Foundation, dedicated to supporting entrepreneurship. LaunchTown was created in 2007 by the Entrepreneurship Education Consortium, including The University of Akron.