When Dale H. Mugler, PhD, was tapped to lead the Honors Program at The University of Akron in 2000, there was no Honors College. His hard work and vision for the program, however, were highly instrumental in the program’s upgrade to a college just five years later – and have continued to shape the College that is home to many of the University’s highest-achieving students. 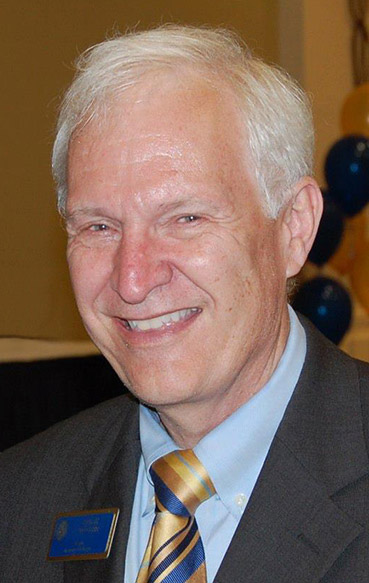 Following 15 years at the helm, Mugler, who also is a professor of biomedical engineering and applied mathematics at UA, retired as dean of the Honors College on June 30 – but will continue to teach at the University. He is one of just two UA faculty members who have earned a teaching award from the State Math Association.

“I feel so fortunate to have had such an incredible and rewarding career with The University of Akron, especially my interactions with the students and faculty in the Honors College,” said Mugler. “As a graduate student in the 1970s, I was told that job prospects were slim for doctoral students in mathematics. With the support of my wife Karla, I’m so glad that I persevered and have had the career that I had in mind.”

Mugler’s research includes a Fellowship at the Alexander von Humboldt Foundation for research in Aachen, Germany, in the early 1980s, as well as five summers at two different NASA Research Centers. He also holds four patents and has a startup company for biomedical applications aided by the University of Akron Research Foundation.

Aside from transforming the Honors Program into a College, Mugler’s accomplishments as dean are many, including the construction of the Honors Complex, the launch of a study-abroad program, his ability to connect Honors students with high-level University research projects – and his creation of two a cappella Honors music groups (an outgrowth of his lifelong love of music).

"I will definitely miss interactions with each of you,” said Mugler during his “Last Lecture” speech on April 22. “There have been so many special experiences, especially with Honors College and graduate students. They have taught me so much."