Architecture and forms of control generate an uneasy dialogue 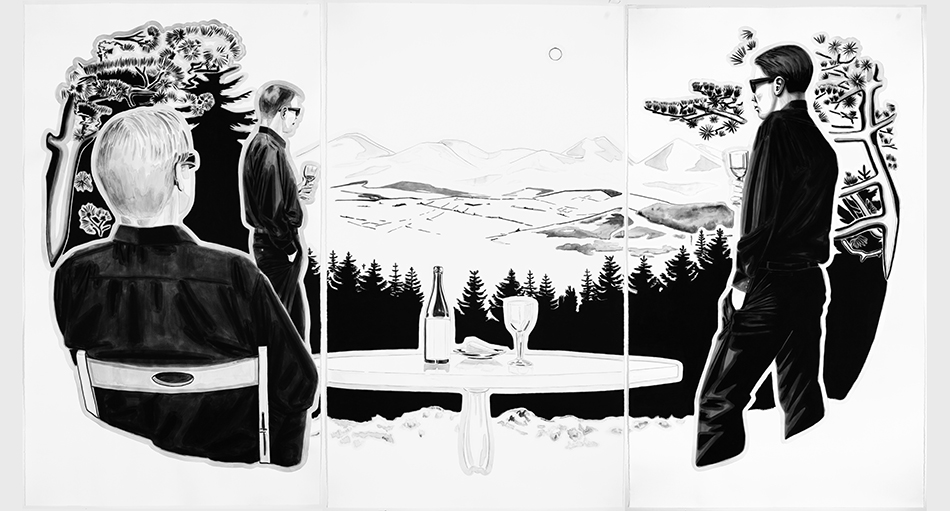 What are the links between architecture, spatial control and ideology? Do our needs and desires determine architectural forms, or is it the other way around? How can contemporary art address this uneasy relationship?

To learn more about these and other questions, visit the exhibition “Fragments from an Enclosure” by Irish artist Conor McGrady at The University of Akron's Emily Davis Gallery, Upper Gallery. The opening reception is on Thursday, Oct. 1, at 5 pm. McGrady will give an artist's talk, "A View from the Enclosure" at 7 p.m. in the Folk Hall Auditorium. 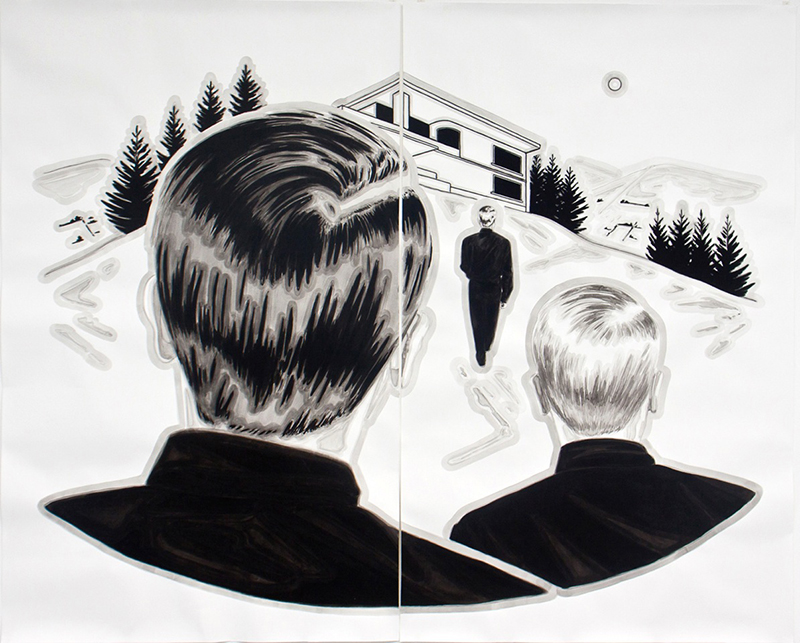 McGrady's works in gouache examine architectonic hybrids, where the modernist vision of architecture as the embodiment of social progress is merged with that of the fortification or military bunker. In large-scale works, groups of anonymous men lounge in a mountain retreat or walk purposefully toward a remote modernist building.

While ambiguous and conveying a mysterious sense of narrative, these works are an attempt to explore the complex relationship between ideology, collective behavior and sociological control. All of the drawings are unified through a sense of disquiet, the geographic remoteness and formal isolation of their subjects raising questions on the nature of the enclosure, be it physical or ideological.

McGrady has exhibited internationally, with solo exhibitions in New York, Miami, Atlanta, Chicago and Zagreb. He received an MFA from The School of the Art Institute of Chicago, and a B.A. Honors from the University of Northumbria, Newcastle, UK. As dean of academic affairs at Burren College of Art in Ireland, he divides his time between Ireland and New York City.

The exhibition is organized in conjunction with McGrady's Mary Schiller Myers Residency. The program brings internationally and nationally recognized artists from an array of disciplines to work closely with art and design majors. From Sept. 25 to Oct. 2, McGrady and a group of students will be collectively producing a mural at the Myers School of Art that addresses freedom of movement and control mechanisms in relation to public space.