Not just in baseball: make-up calls happen at home plate and in real life 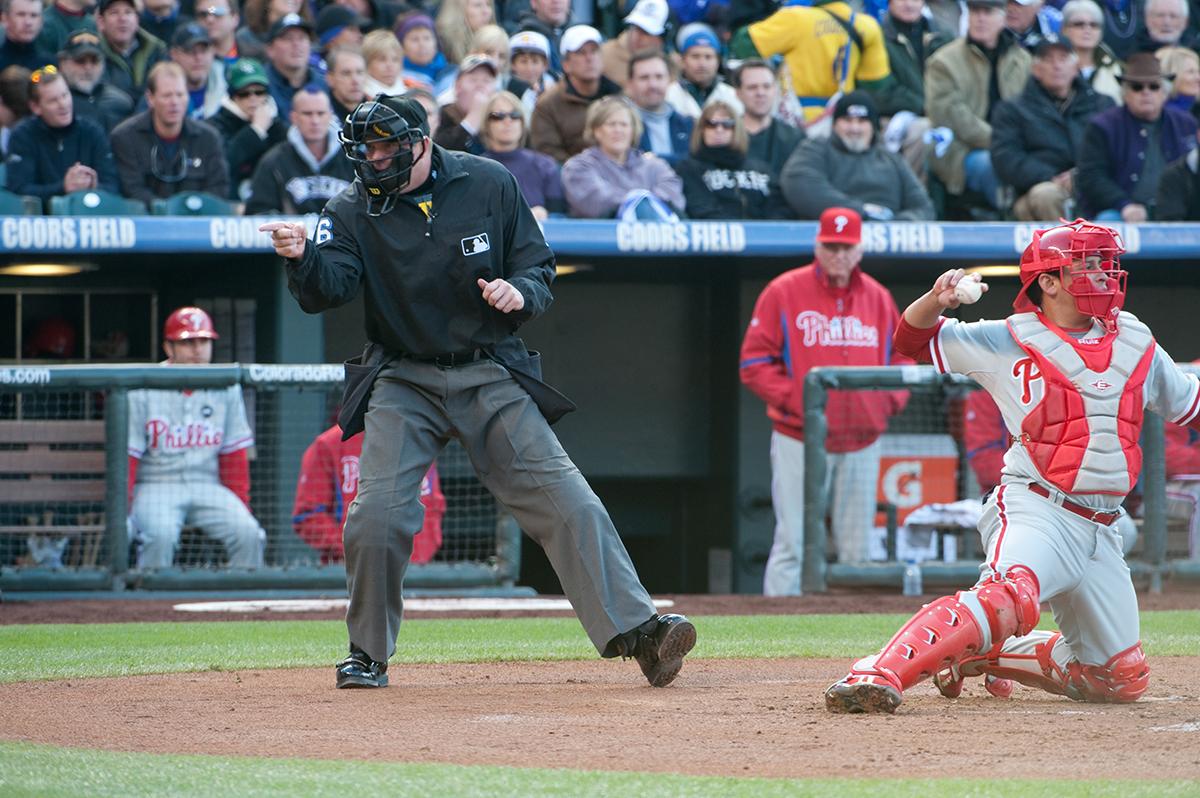 Picture an umpire crouched behind home plate during a Major League Baseball game. A pitch is thrown. The umpire calls, “Strike!”

Oops. Bad call on the part of the umpire.

An inning later, the same pitcher threw a pitch that should have easily been called a strike. This time, the umpire ruled it a ball, and the batter got a bad call in their favor.

What happens with the decision-making behind the plate? Is the umpire aware when they made earlier gametime mistakes, and do they decide to make it up later to the team that was harmed? What happens when the stakes are raised and bad calls are made later in the game with the outcome on the line? And are these so-called makeup calls just about learning from mistakes, or is there something more to it?

These were some of the questions that a group of researchers including Meghan Thornton-Lugo, an assistant professor in The University of Akron’s Department of Psychology in Akron, Ohio, sought to address in looking at the issues behind the concept of makeup calls. The group’s findings were recently published in the Journal of Applied Psychology.

Using two sets of archival data along with data from experiments with student volunteers and self-reporting data, the researchers made some surprising finds. It turns out that people in different walks of life regularly make makeup calls and often don’t realize it.

“I thought it was interesting to think about what people do when they know they’ve done something wrong,” Thornton-Lugo said. “You can argue that making a bad call is a moral wrong, or at least it would be perceived as being unfair.”

Fans in the stands might grouse or celebrate these makeup calls, depending on how it impacts their team, but makeup calls that happen off the field can have far-reaching implications in daily life and in the financial world, as Thornton-Lugo and the research team discovered.

Balls and strikes, bolts and screws

The team’s research started with an examination of data from Major League Baseball playoffs from 2008 to 2014. They found that an umpire’s bad call earlier in a game—say, calling balls against a pitcher who actually threw strikes—increased the likelihood that the umpire would later make a favorable call for the pitcher—namely a strike—regardless of whether or not the pitcher was actually in the strike zone.

“We found that there are a lot of situations where people make up for bad calls or decisions, or errors in judgement, with a makeup call as an attempt to restore the balance,” said Thornton-Lugo, who studies fairness in the workplace. “And when people are told they made an error, or it’s implied that they made an error, they start to favor the person or people against whom the error had been made.”

Using a formula called a leverage index, the researchers also examined the impact of stakes—that is, what happens to make-up calls that occur at a pivotal moment, such as the later innings of a close or important baseball game.

What they found was surprising to them.

“We actually found that when stakes were higher, the likelihood of a makeup call actually was lower,” Thornton-Lugo said. “That was contrary to what we thought it would be. We actually thought, given psychological theories, that people would want to correct themselves even more because the stakes were so high. But that’s not what we found.”

Over time, the group added to their argument by looking at other data sets and conducted their own research with University of Texas at San Antonio students.

The researchers set up an experiment with undergraduate students, telling them they were in a randomly assigned group of their classmates. They were told to judge jars of bolts, screws and other small objects. The experiment began with two decision-makers—in reality just preconfigured fake prompts—guessing if the jar contained a number of objects greater or less than 300. The second student, who was an actual person, served as a judge, evaluating these estimations based on an estimation of their own. The judge was told the decision-maker, who they believed to be another student in the class, would receive raffle tickets for each instance the judge’s estimation agreed with theirs. The judge received tickets in each instance they were correct in their evaluation of the decision-maker.

Although Thornton-Lugo and the researchers found that the role of guilt played somewhat into the outcomes, they wanted to add to their findings by looking at whether makeup calls happened because of learning, or because of fairness.

One of the researchers had access to a set of data in which financial analysts had made calls about the value of companies. The researchers laid that information over the actual stock market performance of the company to determine if the value matched the analysts’ calls.

This was evidence that people don’t always learn from a bad call—and they can make the same bad call more than once.

“It’s an illogical choice and defies a learning-based model,” Thornton-Lugo said. “Instead, it relates to a justice-based perspective. The analyst made a mistake that harmed the company, which they saw as a moral wrong. The analyst sought to correct it by giving the company an upgrade that would benefit the company, as opposed to a downgrade which would obviously not benefit them.”

“It’s not that surprising that when we asked people to report on these decisions, they either aren’t capable of understanding it or they don’t have the insight to our own makeup call processes to report on them,” Thornton-Lugo said. “A less charitable outlook is that we know what we’re doing, but we’re too afraid to admit it.”

Thornton-Lugo, who has played a variety of sports at different levels, recalled that as a water polo player in high school there were times that coaches expected make-up calls to be made following bad calls. It was especially evident in water polo, in which fouls frequently occur underwater and out of clear view of referees.

“It’s subjective and there wasn’t a lot of consistency,” she said. “I do remember one time my coach getting frustrated because you do expect some level of parity—that sense of, there better be a foul coming to me next time. But when you’re a player, you’re more focused on what you’re doing. I see it more now that I’m a fan.”