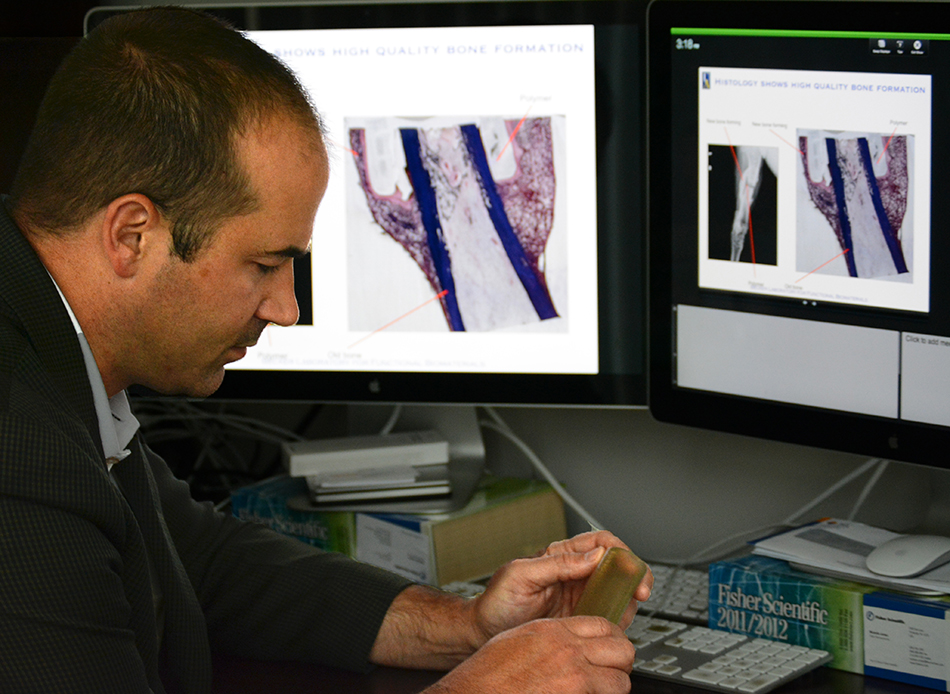 Soldiers wounded by gunshots and improvised explosive devices (IEDs) may soon be treated with a novel limb-saving procedure. The surgery involves a cylinder-shaped polymeric shell that stabilizes the site of injury while the missing bone regenerates. Scientists from The University of Akron, Houston Methodist Research Institute and Texas A&M University received a $6 million grant from the U.S. Army Medical Research and Materials Command to advance their work in this limb-salvage technique.

The UA team led by Matthew Becker, professor of polymer science, has shown unprecedented results in bone regeneration during a two-year pilot study. Their investigation involved the use of a biodegradable polymer scaffold that bridges the injured bone site, stabilizes the area of missing bone and stimulates bone regrowth in it. The shell is filled with decellularized collagen developed at Houston Methodist Research Institute.

“This is an ambitious effort to repair large bone defects caused by IEDs and to reduce limb loss in wounded soldiers,” Becker says. He explains that the fractured ends of a broken bone are inserted into opposite sides of the tube-shaped scaffold where new bone forms.

The scaffold, or shell, has an osteoconductive effect that generates new bone growth, stabilizes the injury site quickly, and induces limb healing and function. The polymer scaffold “would have been a game-changer in civilian accidents like the Boston Marathon bombing,” says Becker, who anticipates that initial materials will be ready for military trials in wounded soldiers by next spring.

A scenario would look something like this: A soldier in the Middle East endures a traumatic IED or gunshot injury. He or she is then flown to Germany for a CAT scan to characterize the injury. Then, while en route to the United States for the limb-saving procedure, a scaffold customized according to the patient’s CT results is prepared for the limb salvage surgery.

“This could be a transformative advance,” Becker says, noting that the device and procedure have the potential to spare injured military members — those with enough remaining bone and soft tissue — from limb amputation.

“The University of Akron and Matthew Becker’s remarkable work will one day help our returning wounded warriors receive innovative limb-saving procedures," says Rep. Tim Ryan of Ohio's 13th congressional district. "This treatment will change the lives of thousands of Americans who selflessly put themselves in harm’s way in service to our nation. As a member of the Defense Appropriations Subcommittee, I am proud to have been able to assist in bringing this important funding back to our community and look forward to seeing this project come to fruition.”

Becker’s team developed the polymer-based scaffold while researchers at Houston Methodist Research Institute conducted preclinical trials. Texas A&M scientists studied the biomechanics of the newly developed limbs in these studies. With the new award, the polymer synthesis will be scaled up with the assistance of Akron Polymer Systems and the finished shells for use in humans will be molded by Cook Biotech located in West Layfaette, Ind. 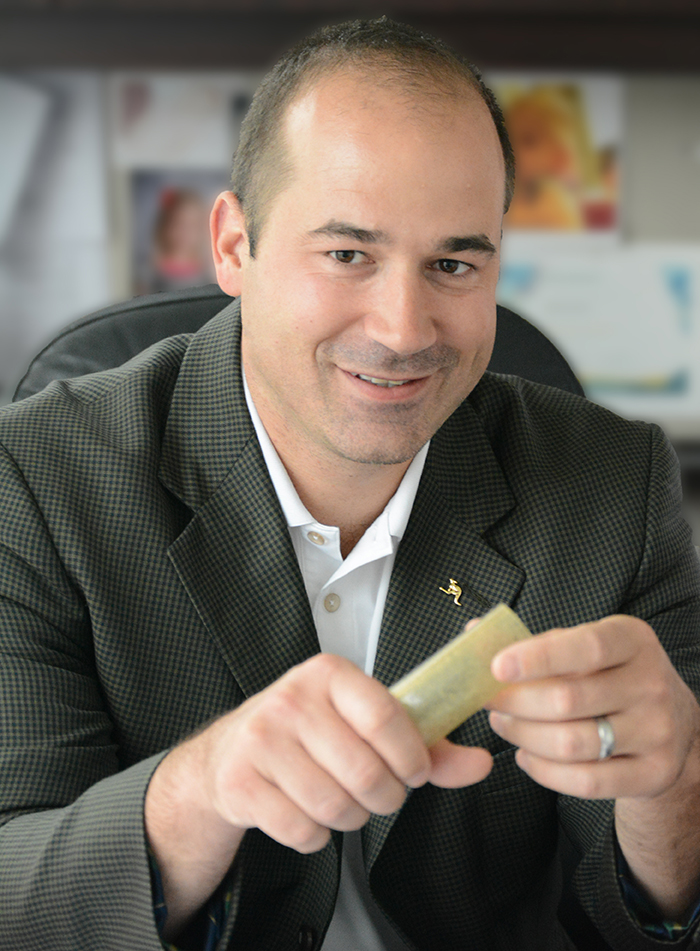