UNCERTAINTY WITH North Korea’s leadership, anxiety over U.S. troops pulling out of Syria and the effects of Russia allegedly meddling in the 2016 U.S. presidential election are just a few examples of national security challenges the United States is experiencing today.

As the United States government strives to navigate leadership transitions and growing tensions around the globe, The University of Akron welcomes an esteemed panel of national security experts to discuss a topic of current interest – “National Security Challenges Facing the United States.”

The panel discussion, as part of the 2019 Hood/Meyerson Lectureship in Free Enterprise, will take place on Thursday, March 7, at 8 p.m. in E.J. Thomas Performing Arts Hall on the UA campus. 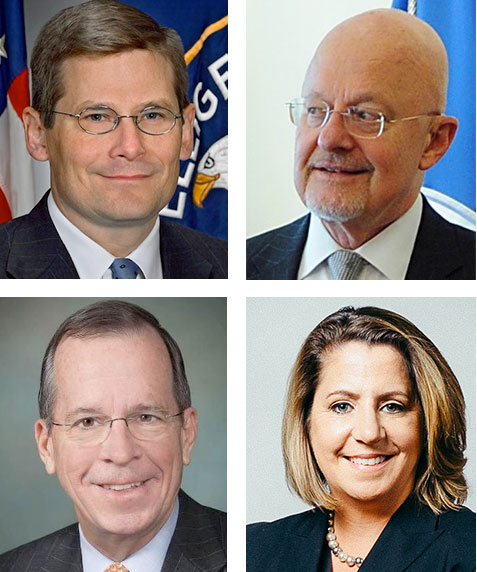 Michael Morell, a 1980 UA alumnus and former acting director and deputy director of the Central Intelligence Agency, will serve as moderator for the panel of national security experts, which includes:

According to Morell, cybersecurity is one area of national security that deserves attention.

“The capabilities of our cyber adversaries – most significantly, nation states, organized crime groups, terrorists, and hacktivists – get more sophisticated every day,” he noted.

Doors open at 7 p.m. and the event will conclude with a question-and-answer period.

Tickets are free for students, faculty and staff.

“The Hood/Meyerson Lectureship is another example of relevant, intellectual programming that is offered by The University of Akron,” said Kim Cole, vice president of development and executive director of the UA Foundation. “We appreciate the support of our alumni Nancy Hood and Robert Meyerson who clearly value the importance of bringing nationally renowned speakers to campus to benefit the education of our students and strengthen the intellectual culture of the Akron community.”

About the Hood/Meyerson Lectureship in Free Enterprise

Endowed by Nancy Hood and Robert F. Meyerson in 1985, the Hood/Myerson Lectureship in Free Enterprise was developed to keep citizens informed of the responsibilities and opportunities of the free enterprise system. The lectureship shares the thoughts of world leaders and provides a focal point for communication, discussion and debate about national and global issues confronting the United States.