You may have family recipes that have been passed down for generations — your great-great grandmother’s apple pie or your great-aunt’s meatloaf — but most of your family and other beloved recipes are probably from the 20th century or later. However, if you are looking for recipes that are not so modern, the efforts of the Early Modern Recipe Online Collective (EMROC) will allow you to go beyond the 20th century for your recipes and into Shakespearean times.

In fact, according to National Geographic, Shakespeare makes more than 2,000 culinary references and uses the word “feast” more than 100 times in his plays, but have you ever wondered what the full menu of a Shakespearean feast looks like exactly? The University of Akron’s Dr. Hillary Nunn is helping to answer this question.

Nunn, a professor of English, serves on the steering committee of EMROC, which is an international effort to transcribe recipes written between 1550 to 1800 and make them available to the public via an online searchable database. Having the recipes included in a database allows academics to answer research questions much quicker than any one person could do by flipping through books and taking notes. Thus far, EMROC has transcribed more than 10 manuscripts, constituting 1,051 scanned images of early recipes, now available through Folger Shakespeare Library’s digital archive LUNA.

Much of the transcription is done inside classrooms around the world, thanks to professors like Nunn, who can incorporate EMROC into their coursework.

“Students are the biggest group of transcribers we have,” says Nunn as she explains that all her students will be credited for their work transcribing the material. At UA, Nunn has used EMROC in several of her literature classes, such as Disease in Literature, Digital Humanities and her Shakespeare classes, where students who transcribe have the opportunity to learn a variety of skills, such as basic coding techniques to cultural practices, medical history and women’s history. These are the same subjects for which researchers can turn to the database.

Most people don’t realize that the recipes can have a connection to literature.

“Recipe books are literature in their own right,” Nunn explains. “They are part of a kind of daily use literature that invites composition from people who are not considered to be learned.” 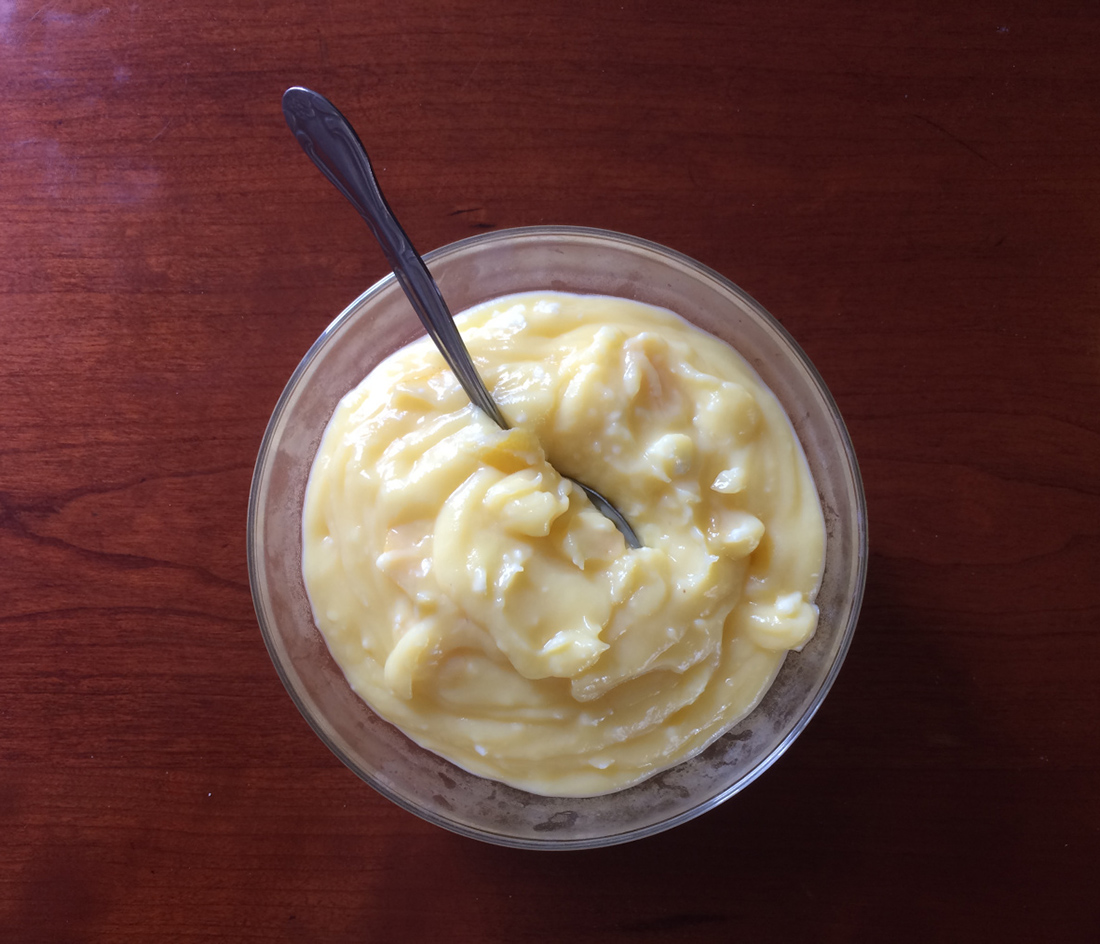 This finished bowl of "lemmon" pudding was made with a recipe dated 1750.

Food can teach us all kinds of interesting things about the everyday people who came before us, and there’s no better way to experience this than taking a recipe into your own kitchen. Cris Shell, one of Nunn’s former students, tried his hand at making a 17th century candy. Shell says it is difficult to follow the recipes because the kitchen technologies we have today, like thermometers and ovens, were not available to the recipe composers. “The entire experience really helped me appreciate technology, while also becoming aware of my dependence on the cooking comfort I didn't know I had,” confesses Shell.

Nunn has also cooked up some of these early recipes. Her favorite dish to make was a lemon-pudding dated 1750 featuring an interesting edit from the author. At some point, the woman had scribbled out eight eggs and changed it to 24.

“I made the eight-egg version and my friend made the 24-egg version,” says Nunn. “Mine was far more like a pudding compared to hers, which was much like a souffle. Our conclusion was that the author of the recipe had probably moved and found a new egg supplier, or maybe she was just not cooking with chicken eggs to begin with, which is what we think of when we think of eggs.”

Whether you’re out to live like the Capulets, learn more about the life and work of 17th century cooks, or gain a new appreciation for contemporary kitchenware, EMROC can help you achieve these scholarly ambitions. Visit EMROC online and learn more about recipe-related research or try out a recipe of your own by visiting Cooking in the Archives.