In the world of science, Xiong Gong has influence

Published research by Dr. Xiong Gong, University of Akron assistant professor of polymer engineering, ranks in the top 1 percent of the most cited studies in the field of materials science between 2002 and 2012. Gong is included in Thomson Reuters’ Highly Cited Researchers, a compilation of “standout researchers of the last decade.”

“This is an incredible honor and Xiong is the only researcher at UA to be placed on this list, which includes a number of Nobel laureates and other very prestigious researchers,” says Dr. Robert Weiss, Department of Polymer Engineering chair and  Hezzleton E. Simmons Professor at UA.

Gong is among the 147 researchers — and the only one in Ohio — highly cited in materials science. He is one of 3,215 researchers overall highly cited in 21 science and social science fields. Gong has one of most influential names in science, according to Thomson Reuters, publisher of the Web of Science and Science Citation Index.

“This is a great recognition that not only speaks to the quality of work, but also the recognition of its importance by scientific peers,” says Dr. Eric Amis, dean of the UA College of Polymer Science and Polymer Engineering.

Thomas Reuters generated the list based on individual scientists’ research achievements rather than by total research citations, which in the previous list gave preference to senior researchers due to the longevity of their papers. The new list focuses on articles and reviews in journals indexed in the Web of Science Core Collection during an 11-year period. Only highly cited papers — those top-ranked by citations — were considered. To see the list and find out more, visit Highly Cited criteria online.

Gong’s most recently published research, “Inverted polymer solar cells with 8.4% efficiency by conjugated,” was released by the Energy & Environmental Science journal in May 2012. Earlier this year, Gong received a $400,000 National Science Foundation CAREER award to advance his development of a new class of sensors for environmental monitoring, remote sensing, fiber optic communication, day- and night-time surveillance, and emerging medical devices. 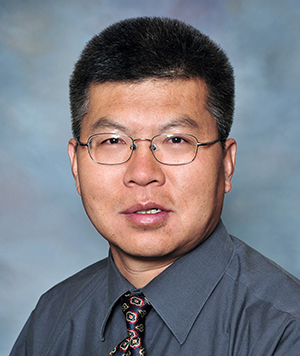