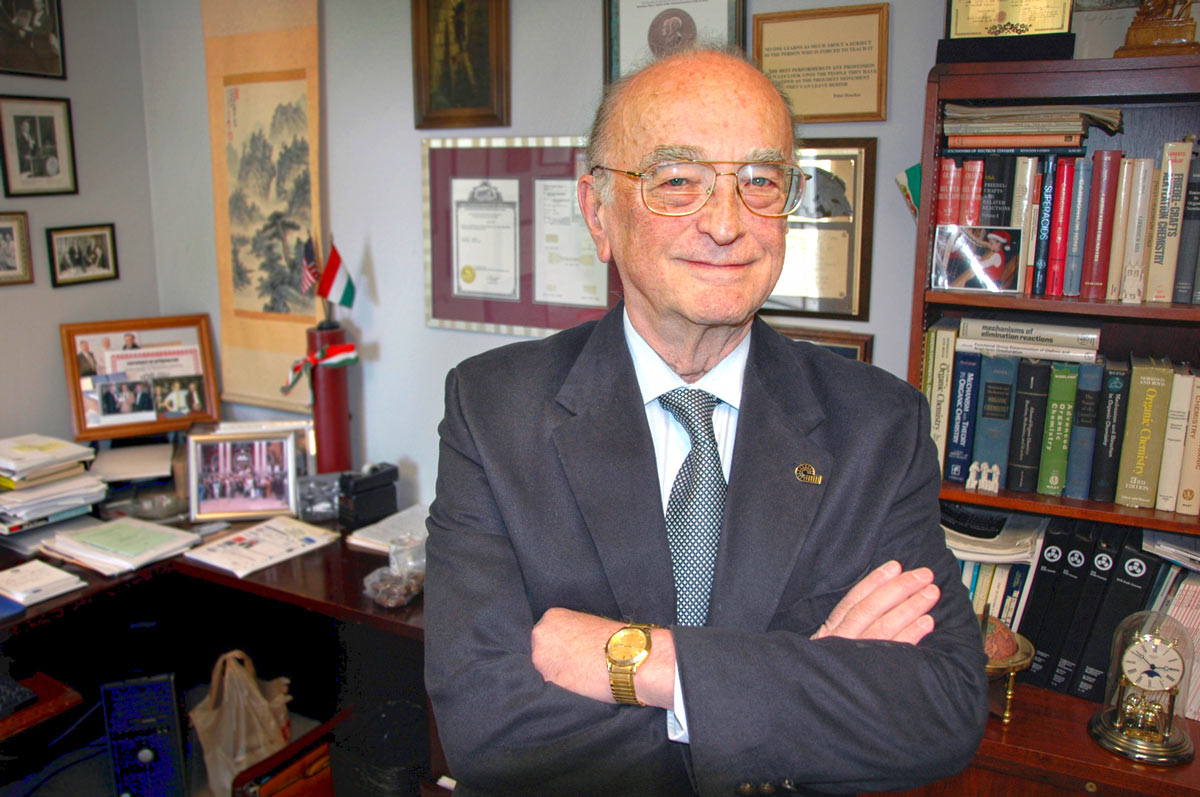 The University of Akron Research Foundation (UARF) recently announced the creation of its 50th startup company, thanks to the innovations of one of The University of Akron's most prolific researchers, 85-year-old Joseph P. Kennedy, Ph.D., distinguished professor of polymer science and chemistry.

Kennedy, who has 107 issued U.S. patents to his credit and continues to work on inventive research in UA's labs, began his career in industry as a research chemist in 1957. Following his arrival at UA in 1970, he played a fundamental role in the development of the College of Polymer Science and Polymer Engineering, helping to lift the college, the Greater Akron area, and the state of Ohio to national prominence in polymer education and research.

Kennedy's research is at the heart of UARF's 50th startup company, Poly MedTech Inc., which was formed to commercialize a new medical adhesive, Suture Glue™. The adhesive would be used in place of external stitches for patients who have laparoscopic surgery, cosmetic surgery or even traumatic injuries and was designed to behave like human skin, with properties that make it more flexible than current surgical glues/adhesives.

Kennedy and his research partner, Juay Seng Tan, a former associate professor of biomedical engineering at UA, received a $50,000 Ohio Third Frontier technology commercialization grant earlier this year. To speed up the promising technology's development, UARF formed the company with support from the Austen BioInnovation Institute in Akron, which is assisting in business strategy and FDA regulatory matters, as well as private physicians like Dr. David Kay, an orthopaedic surgeon with the Crystal Clinic Orthopaedic Center and founder of orthopaedic surgical device manufacturer OrthoHelix.

Since its inception in 2001, UARF has averaged almost five startups per year, forming six startups this year alone.

Over the past few years, UARF has helped UA's students and faculty form several promising startup companies. "UA's focus on technology commercialization has been crucial in attracting entrepreneurial faculty and encouraging student involvement in the development of new products," Newkome says. "In the past year or so, UARF has seen several very exciting new companies." Some of these companies include:

Long-standing successful UA startups that have developed into full-fledged companies include: