Researchers at The University of Akron are again spinning inspiration from spider silk — this time to create more efficient and stronger commercial and biomedical adhesives that could, for example, potentially attach tendons to bones or bind fractures.

The Akron scientists created synthetic duplicates of the super-sticky, silk “attachment discs” that spiders use to attach their webs to surfaces. These discs are created when spiders pin down an underlying thread of silk with additional threads, like stiches or staples, explains Ali Dhinojwala, UA’s H.A. Morton professor of polymer science and lead researcher on the project. This “staple-pin” geometry of the attachment disc creates a strong attachment force using little material, he adds.

Through electrospinning, a process by which an electrical charge is used to draw very fine fibers from a liquid (in this case, polyurethane), Dhinojwala and his team were able to mimic the efficient staple-pin design, pinning down an underlying nylon thread with the electrospun fibers.

“This adhesive architecture holds promise for potential applications in the area of adhesion science, particularly in the field of biomedicine where the cost of the materials is a significant constraint,” the authors write in their paper, “Synthetic Adhesive Attachment Discs Inspired by Spider’s Pyriform Silk Architecture,” published online March 1 in the Journal of Polymer Physics.

Dhinojwala adds that the design could potentially be used, in addition to medical applications, to create commercial adhesives stronger than conventional glue and tape.

“Instead of using big globs of glue, for example, we can use this unique and efficient design of threads pinning down a fiber,” he says. “The inspiration was right in front of us, in nature.”

“You can learn a lot of science from nature,” adds Dharamdeep Jain, a graduate student and co-author of the paper.

Indeed, researchers at UA have been learning quite a bit from nature’s silk-spinning artists.

Dhinojwala and Vasav Sahni, former graduate student and third co-author of the aforementioned paper, previously worked together to study the adhesive properties of spider silk; and last year Todd Blackledge, Leuchtag Endowed Chair and associate professor of biology and integrated bioscience at UA, revealed the possibilities of using silk to develop materials that are as strong as steel and yet flexible as rubber. 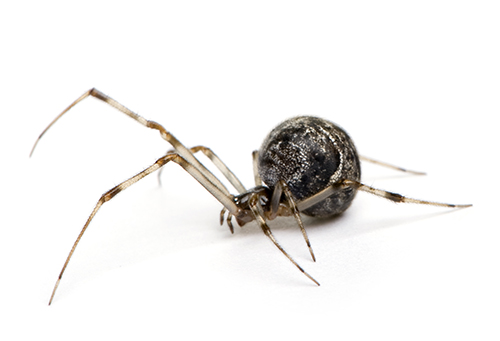 This spider is an Achaearanea tepidariorum. 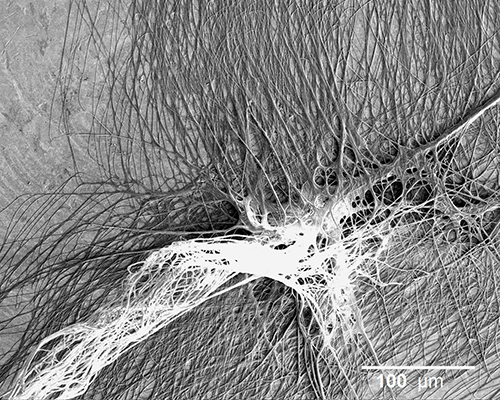 This is a natural pyriform attachment disc, spun by spider Achaearanea tepidariorum. 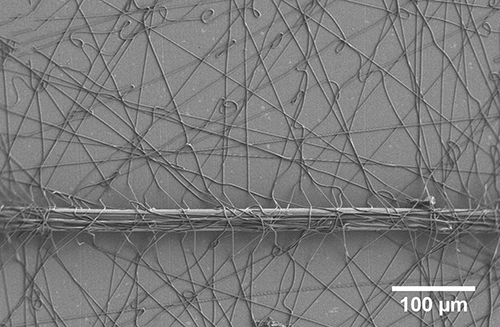