Donald Trump leads the Republican presidential field with 25% among likely GOP primary voters, according to a University of Akron’s Bliss Institute of Applied Politics and Zogby Analytics poll released Aug. 4, 2015. The poll paints a picture of the state of the race in the 2016 GOP presidential campaign heading into the first national debate Thursday, August 6, in Cleveland, Ohio.

According to their findings based on 565 likely GOP primary voters across the country, Donald Trump (25%) is followed by Jeb Bush (17%) and Scott Walker (9%).

Rounding out the top nine candidates are Ben Carson and Ted Cruz (6%), Rand Paul and Mike Huckabee (5%), and Marco Rubio (4%). There is a statistical dead heat for the tenth spot among seven candidates, including Chris Christie, Rick Perry, and John Kasich.

Voter predictions as to which candidate will win the debate generally follow this order, with 26% predicting Trump will win and 17% predicting Bush.

However, 67% of Republican voters say Trump will get the most publicity from the debate.

“The state of the race remains in flux,” said Dr. John C. Green, director of UA’s Bliss Institute of Applied Politics, “and the difference between the poll standing of the last several candidates in the debate will be small.”

Overall, 67% of likely GOP primary voters are very satisfied or somewhat satisfied with the current field of candidates.

About one-third (31%) of Republican voters approve of Cleveland, Ohio as the site of the first official Republican debate. And voters are nearly evenly divided on the rules for including candidates set by Fox News: 38% agree with limiting the debate to the top candidates, while 39% say it should be open to all the candidates.

Three-fifths (60%) of GOP voters say they plan to watch the debate on Thursday night and another one-quarter (24%) are undecided.

The survey was an online conducted by Zogby Analytics 8/3/15-8/4/15 as part of a national survey of likely voters. The margin of error for likely Republican voters is plus or minus 4.2 percentage points.

2016 represents Zogby Analytics’ sixth presidential election and remains among the best known and most accurate polling brands throughout the world. Nationally and internationally respected for its opinion research capabilities, Zogby Analytics empowers its clients with powerful information and knowledge critical for making informed strategic decisions and has done so since 1984. Zogby brings to public opinion research precise data collection methods including interactive interviews, telephone interviewing, online surveys, focus groups, executive interviews, mail, door-to-door, intercept interviews, market sector analysis, and feasibility studies. Every element of the analytics process is painstakingly examined to meet the highest standards of public opinion research, creating products and results that not only perform as expected, but also are accurate, bias-free, and error-free. 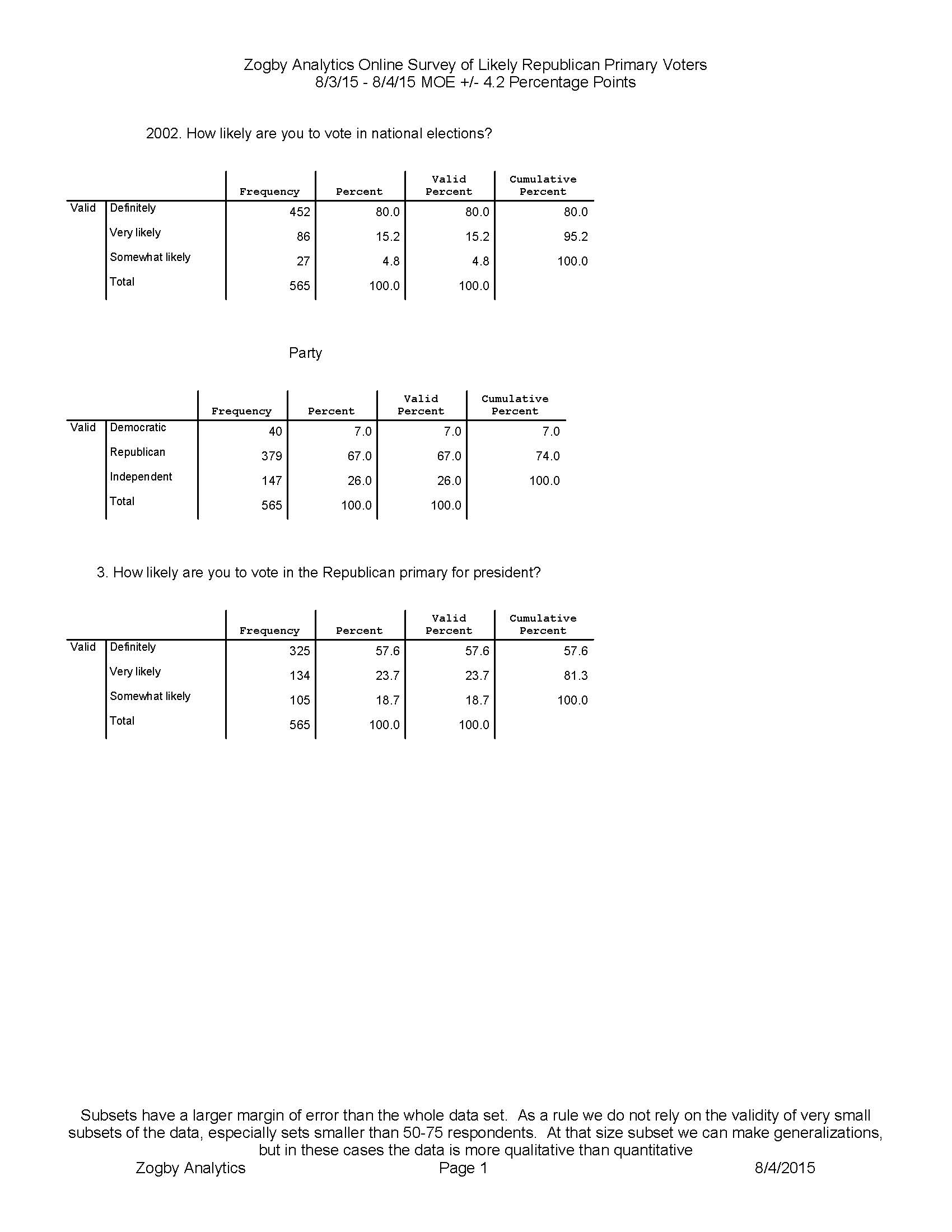 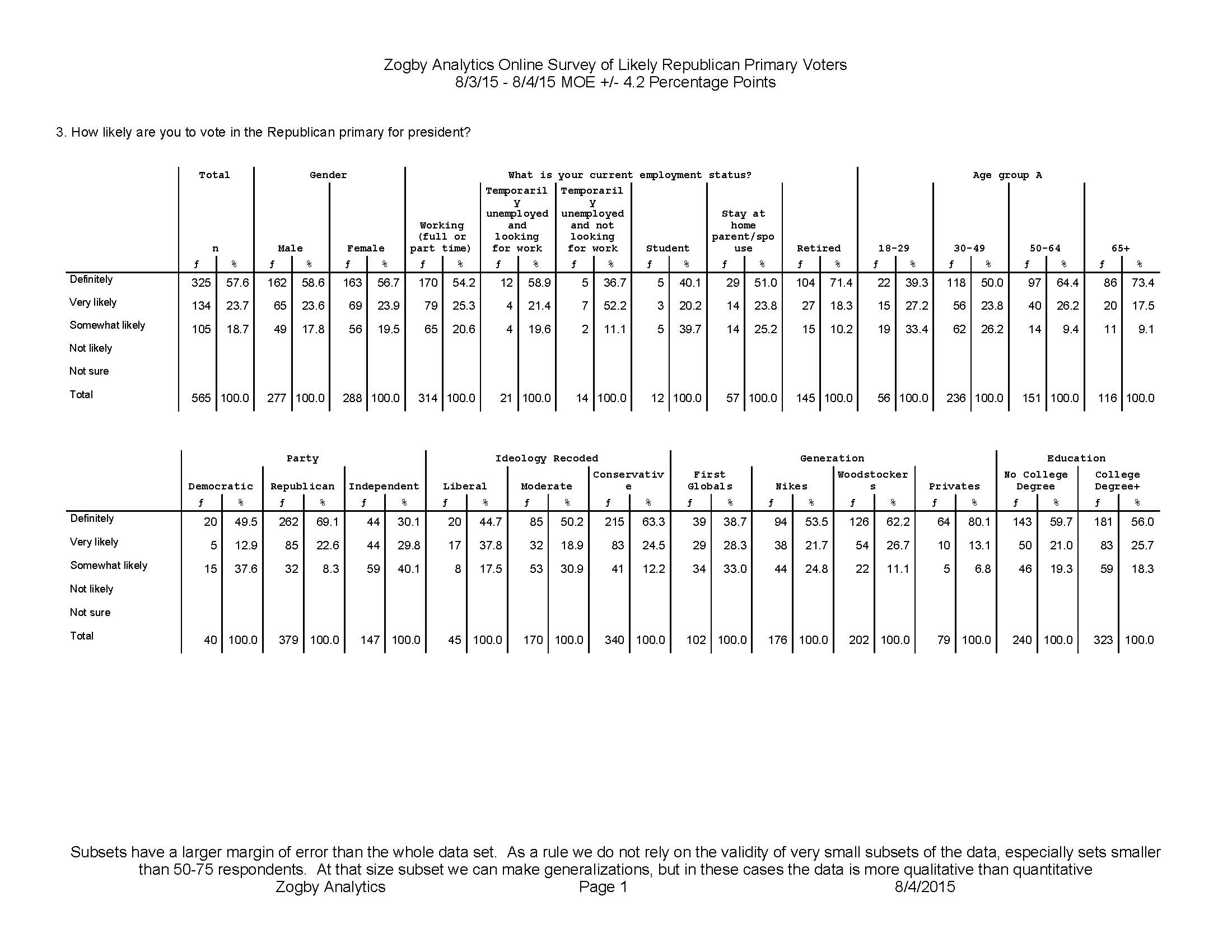 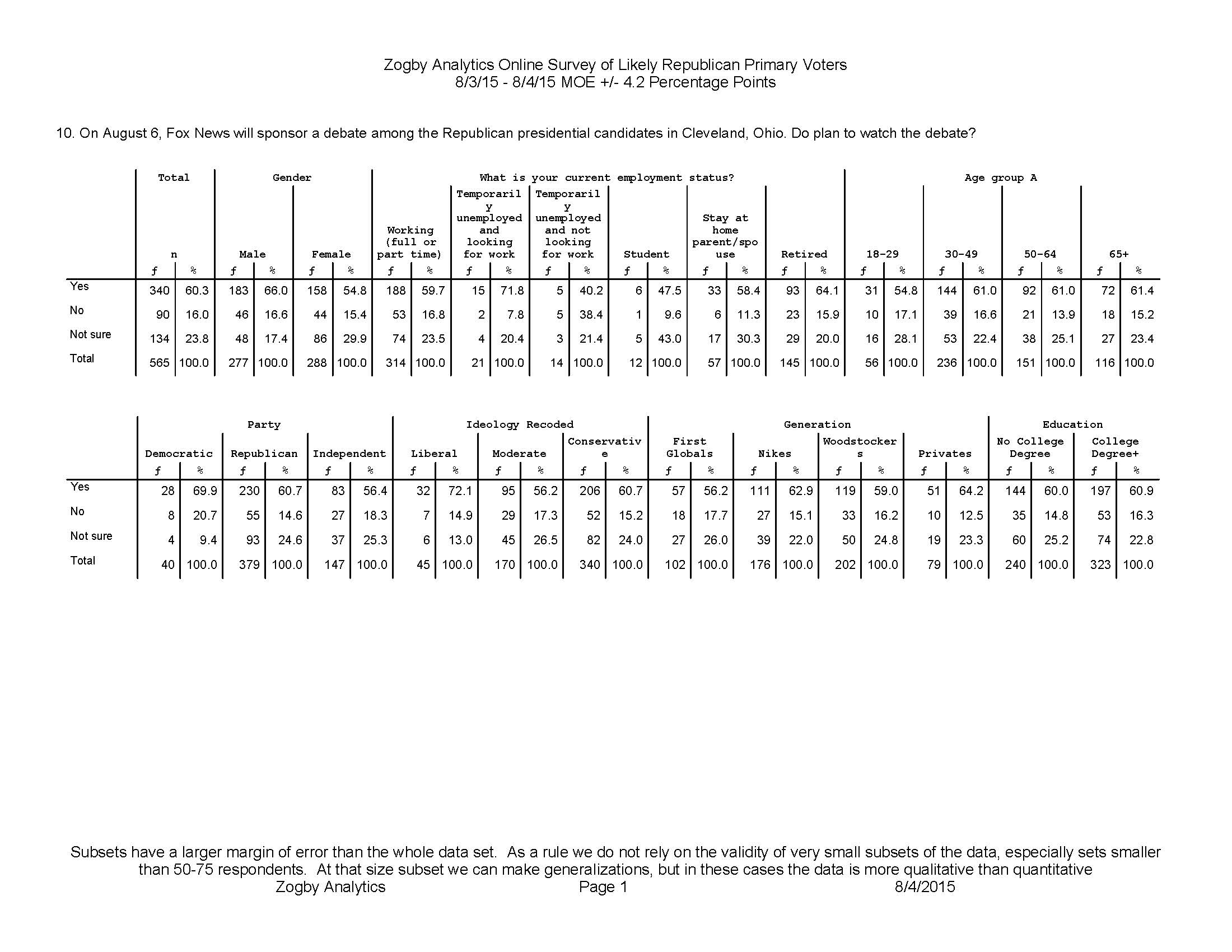 Bliss poll in the media

Engage with the Bliss Institute on Twitter during the entire presidential election campaign at @UAkronBliss and use the hashtag #Bliss2016.