The Frank and Isabel Pixley Society

Recognizing Faculty and Staff Philanthropy to The University of Akron

The Frank and Isabel Pixley Society is a recognition club for University of Akron employees. Members are full- or part-time employees – past or present – who have contributed $50,000 or more to the University in current or deferred gifts.

Membership in the Frank and Isabel Pixley Society includes the following benefits:

To be eligible for the Frank and Isabel Pixley Society, employees may donate toward any scholarship, program, campaign, or initiative at The University of Akron. In fact, employees also may choose to establish their own namedscholarship, which can assist students in a specific major while honoring or memorializing a loved one.

Current and retired faculty, staff, contract professionals, and administrators – whether full-time or part-time employees – are invited to join the Frank and Isabel Pixley Society. Gifts can be made through outright or deferred contributions, or a combination of both. Outright gifts may be pledged, and payroll deduction is available. To learn more, please contact Claudia Kaeberlein, Director of Development, at 330-972-8508 or claudiak@uakron.edu. 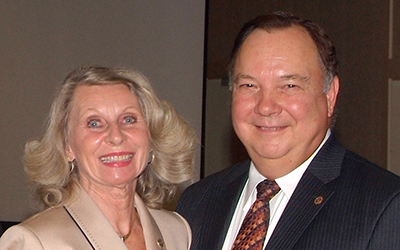 "It is so important for us to give back to The University of Akron, which afforded us an opportunity. As the children of steel workers, we were the first in our families to graduate from college, and we know, personally, the difference higher education can make in someone’s life. Today, we are proud and happy to pay it forward.” 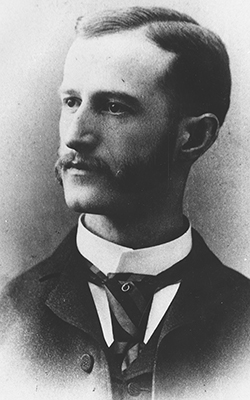 Dr. Frank S. Pixley was an 1890 graduate of Buchtel College, the forerunner of The University of Akron. Like many students, Dr. Pixley was hard-pressed to afford his education, but he was the fortunate recipient of a scholarship from none other than John R. Buchtel, founder of Buchtel College.

Dr. Pixley joined the College’s faculty after graduation – and never forgot the kindness and generosity shown to him. Indeed, he began to give small sums of money to students when he could.

Dr. Pixley went on to become a successful journalist, serving as editor of the Chicago Times from 1899 to 1902. He also wrote several plays, the most successful of which was “The Prince of Pilsen.”

Dr. Pixley, who was married to the former Isabel MacRoy, died in 1919. When Isabel died in 1929, she left a bequest of $50,000 to Buchtel College in honor of her husband. It was the largest bequest the College had ever received and created the first scholarship fund named for a former faculty member: The Frank and Isabel Pixley Memorial Fund.

Since 1930, the gift from Dr. and Mrs. Pixley has been providing assistance to University of Akron students who possess outstanding ability and promise in music, literature, or speech.

Thank you to the following employees who have given generously to The University of Akron so that students may succeed: