UA electrical engineer propelled by a desire to keep learning

Matt Granger grew up in Minerva, Ohio, a town with a population of 3,720 about an hour’s drive away from Akron. As a kid, he was obsessed with taking electronics apart. When it was time to pick a college major, he chose electrical engineering.

“Akron was the clear choice for me based on the strength of the accredited engineering program, but also the value and proximity to home,” says Granger. “It is hard to find a better program than The University of Akron. It’s a high-quality education, and the research opportunities and laboratories are excellent.” 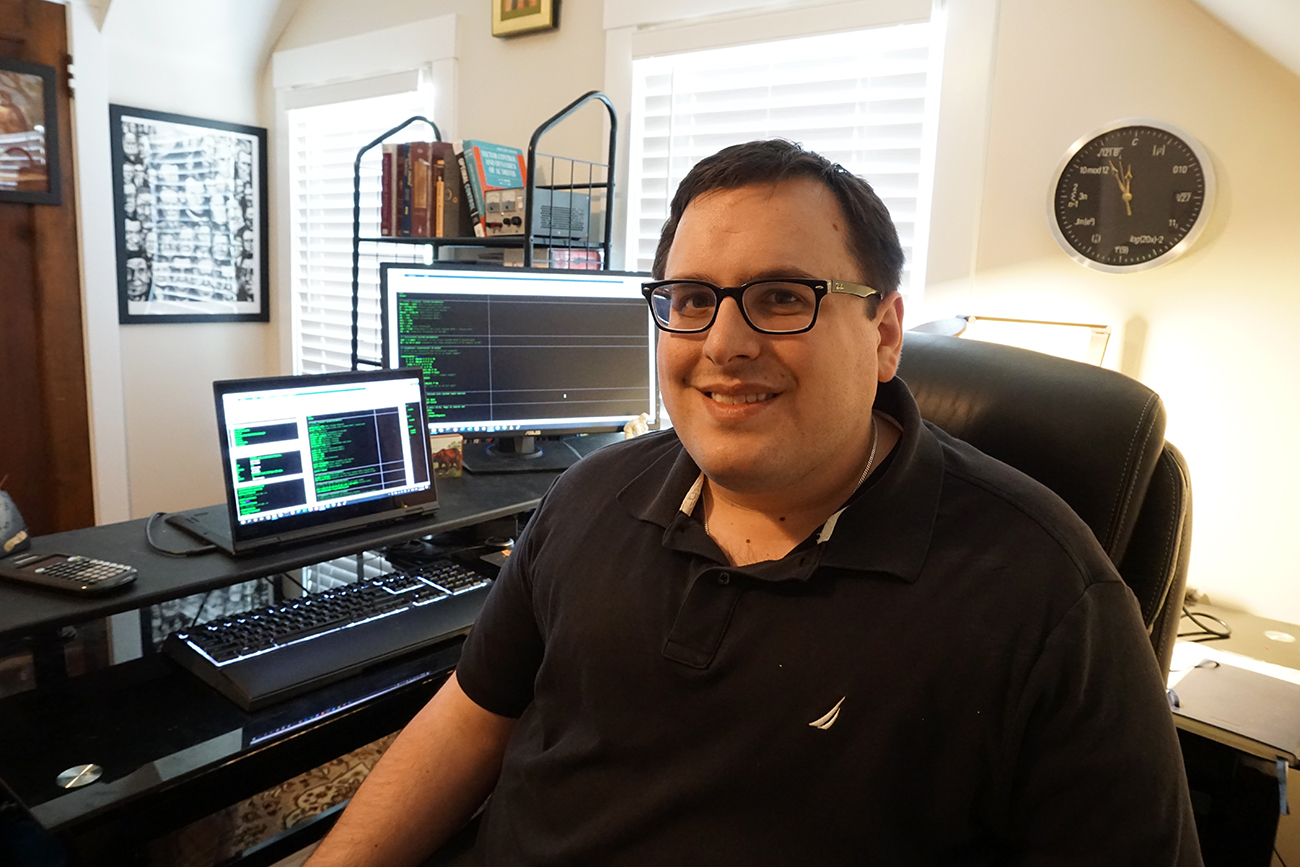 Matt Granger is a power systems engineer at NASA Glenn Research Center. The work and opportunities he found after getting his graduate degree were in areas directly applicable to his research area, allowing him to focus on that instead of the hands-on applications typically associated with an electrical engineering degree.

Though Granger could have pursued a full-time, well-paying career with his undergraduate degree, he wasn’t ready to stop learning. He felt like he had just scratched the surface of some very interesting topics in undergrad and wanted to understand them more deeply. He was also encouraged by his professors to continue with school given his interest in teaching at the college level and a natural curiosity for research.

“My best learning happened when I was driven by curiosity. That desire to deeply understand your field can be a powerful motivator,” says Granger.

As a power systems engineer at NASA Glenn Research Center, Granger contributes on a technical level with engineering veterans who have considerably more work experience than him. He attributes this to what he learned in graduate school. He also believes the degree was a way to redefine himself. The work and opportunities he found after getting his graduate degree were in areas directly applicable to his research area, allowing him to focus on that instead of the hands-on applications typically associated with an electrical engineering degree.

When asked what the best part of the graduate program was, Granger didn’t hesitate.

“The friendliness and collaborative nature of the people in the program at UA,” he says. “Everyone was there to help – the faculty, the staff, and even the other grad students. It was a culture that encouraged collaboration and friendship.”

To engineers who are considering going back to school but haven’t committed yet, Granger says,” “You are ready for it. By the time you’re done, you’re at the top of your game in your discipline.”

Granger’s biggest career lesson to date, given to him by a UA professor was “Don’t become a dinosaur.” By letting his curiosity drive him to further his education, we think it is highly unlikely that will ever happen.

Congratulations, Matt, on all your success!

Matt Granger received his M.S. in Electrical Engineering from The University of Akron in 2016.

Learn more about our Master's in Electrical Engineering program.