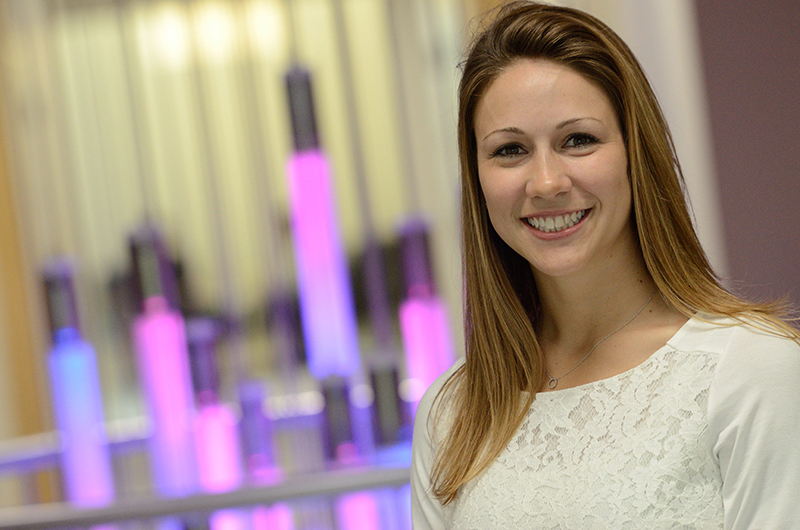 Class of 2017: Mission to make a difference began on trip to Africa

I plan to work at Summa Akron City Hospital on a medical-surgical floor as a nurse.

A: My freshman year I was involved with the Emerging Leaders program. Through this program I attended classes on leadership and helped run various campus events, including sibs weekend, casino night, and the 9:09 and 7:17 entertainment nights that are offered to students. My freshman through sophomore years I was a founding member and secretary of Rotaract Club, which is the college version of Rotary Club. During my freshman year, I also became involved with Honors Nursing Group and the AK-Rowdies. My sophomore year I was secretary of the AK-Rowdies, and my junior year I served as vice president. During my sophomore and junior years, I also was an orientation and team leader for the Office of New Student Orientation. During my junior year, I became involved with Zips Recruiting Club, Sigma Theta Tau, and became president of Honors Nursing Group. My senior year I accepted a position as a leadership intern for the Delta Omega Chapter of Sigma Theta Tau.

Q: Have you done study abroad? Tell us about it and its impact on you.

A: I went on a medical mission trip to Ghana, Africa, my freshman year for two weeks. While in Africa I provided wound care, hypertension and diabetes screenings, and health education in schools. I also cared for children in an orphanage and taught CPR to residents of Ghana. This was a life changing experience for me. Since returning from Africa I’ve always had a burning desire to go back. Getting involved in Africa made me want to become more involved with my own community and campus. This trip is what motivated me to get more involved with campus organizations, become a board member of various groups and seek out more volunteer opportunities.

A: My ultimate career goal is to become a pediatric nurse practitioner with a Doctorate of Nursing Practice (DNP).