Dr. Jie Zheng, professor of chemical, biomolecular and corrosion engineering at The University of Akron’s College of Engineering and Polymer Science, was recently awarded $361,000 from the National Science Foundation (NSF) to support his research on developing a biosensor system for early detection of neurodegenerative diseases such as Alzheimer’s disease, Type 2 diabetes and Prion disease, which is closely related to the more commonly known Mad Cow Disease.

This grant would be the fourth NSF award for Zheng’s research on neurodegenerative diseases and seventh overall.

Zheng’s research focuses on the development of a paper sensor that detects the presence of improperly working amyloid proteins that are often associated with these diseases.

“Currently, there is no cure for many neurodegenerative diseases,” Zheng says. “A huge challenge for the treatment of these diseases is that irreversible damage is done by the time the disease is identified. Early detection of biomarkers for these diseases is super critical for better disease treatment and improved quality of life.” 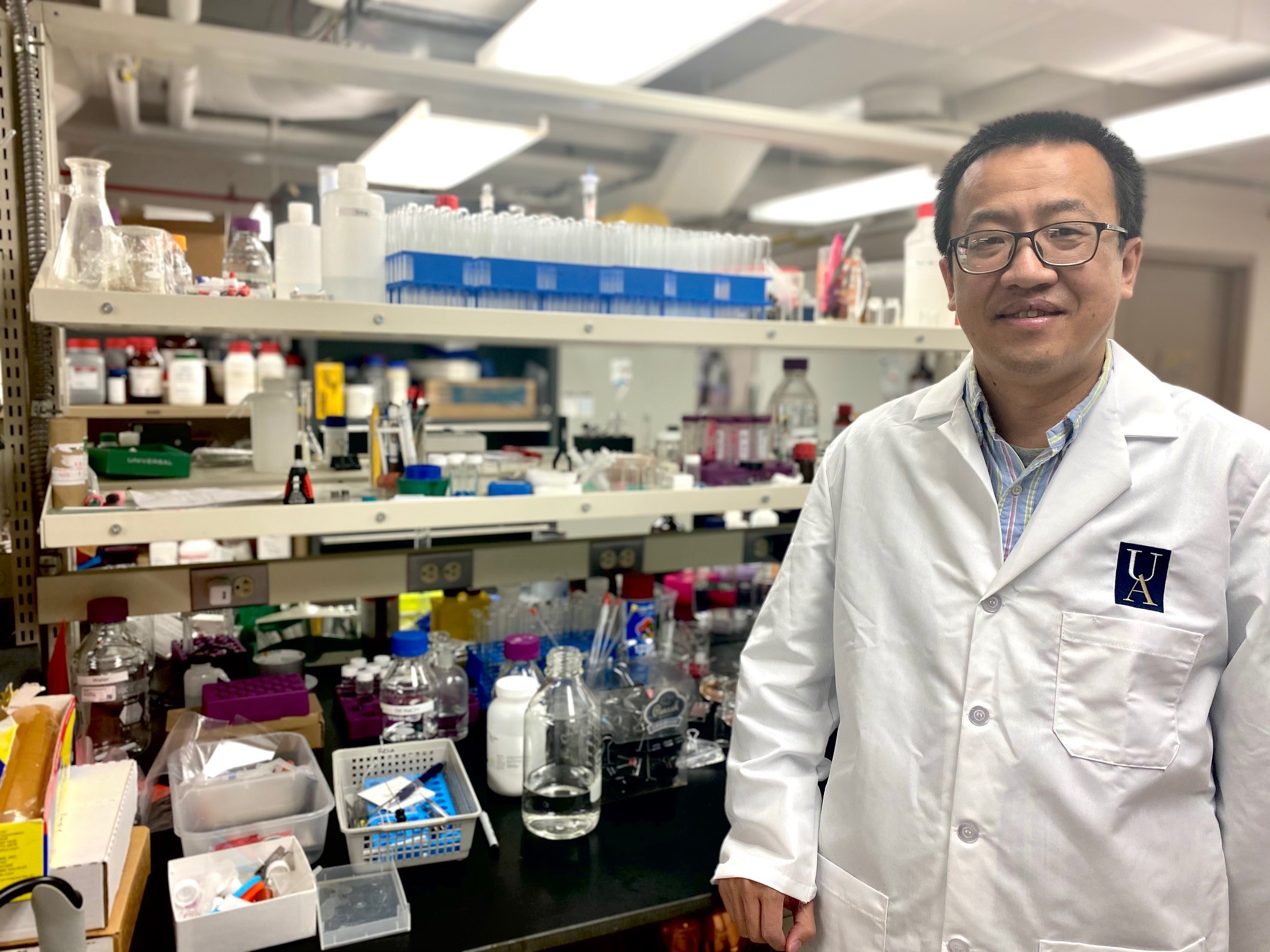 Dr. Jie Zheng at work in his lab. Dr. Zheng was recently awarded $361,000 to develop a biosensor to detect neurodegenerative diseases.

The sensor is made of a cellulose paper coated with peptide-fluorescence mixtures which enables the sensor to detect amyloid-disease-related proteins rapidly. A blood sample is taken and placed on the biosensor, similar to the detection method of pregnancy or a diabetes test. From there, the sensor will change color if the proteins are detected, indicating disease is present.

Not only is Zheng working on the early detection of these proteins, he is also building a foundation for future developments of real-time imaging, such as an MRI. This way the detections can be relayed digitally using hardware and display screens for clinical applications. Although the end product of this research is still a while away from being finished, Zheng’s prototype sensors have already demonstrated that they can serve as general probes to detect two different amyloid peptides, which is a huge step in the right direction.

“Given the continuing rise of human life expectancy, early detection of disease-related proteins allows to develop a more effective preventive and curative approaches to combat neurodegenerative diseases, it is imperative to continue the development of new biosensing systems,” says Zheng.