Nathan Ramey is a busy 4-year-old.

Since September 2016, the youngster has been going once a week to Akron Children’s Hospital for a series of occupational, physical and speech therapy sessions. For 24 months, he received chemotherapy treatments at his home in Green and in the hospital, taking his last dosage on Jan. 18.

Nathan has Down syndrome and is in remission from leukemia, and experienced Clostridium difficile — an unfortunate side effect from his chemotherapy treatments. Like any kid his age, Nathan finds a Power Wheels car to be quite the appealing toy. But because of his illnesses, Nathan has stunted growth and low muscle tone. Even walking can be tricky for Nathan, but he uses a gait trainer to help him be mobile.

So, a team of our biomedical engineering students in the College of Engineering stepped in to adapt an off-the-shelf Power Wheels kid-sized vehicle (donated by Fisher-Price) to meet Nathan’s challenges and give him additional mobility. 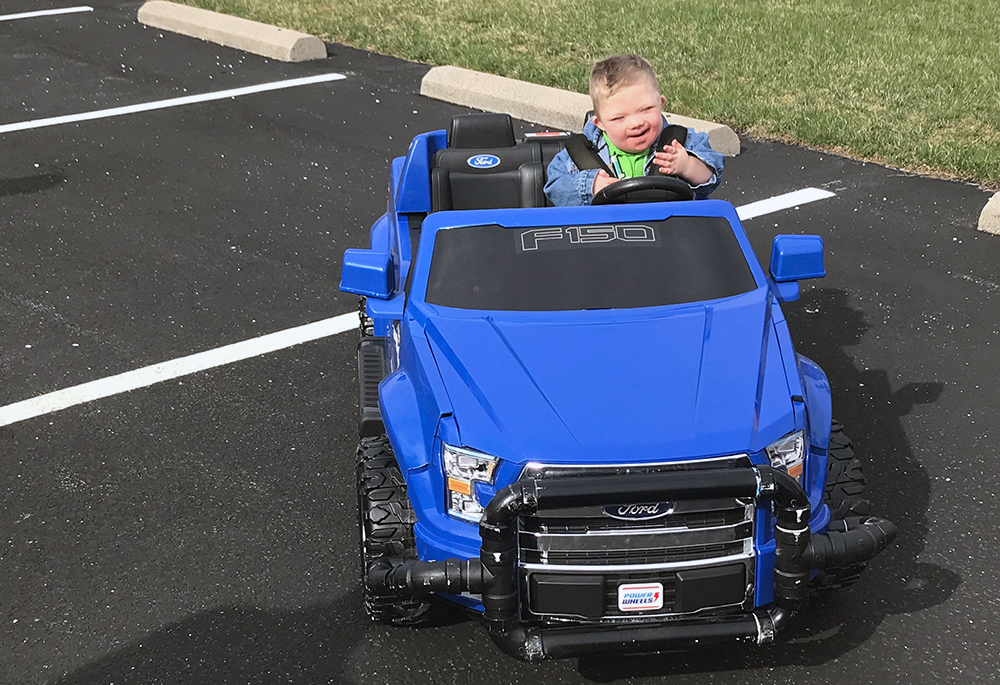 Check out the smile on Nathan Ramey as he tools around in his very own Power Wheels truck.

“This project has been an excellent opportunity for the team to get practical engineering experience,” said project leader Christopher Halley, a fifth-year biomedical engineering major from Canfield, Ohio. “It's extremely satisfying to know that once this vehicle is presented to Nathan, it will improve his life. The adapted Power Wheels truck is going to be able to expose Nathan to a part of his life that he wasn't able to reach before. Once I see the smile on his face and how he’s going to be able to truly utilize the toy vehicle, that will make all these months of work worth it.” 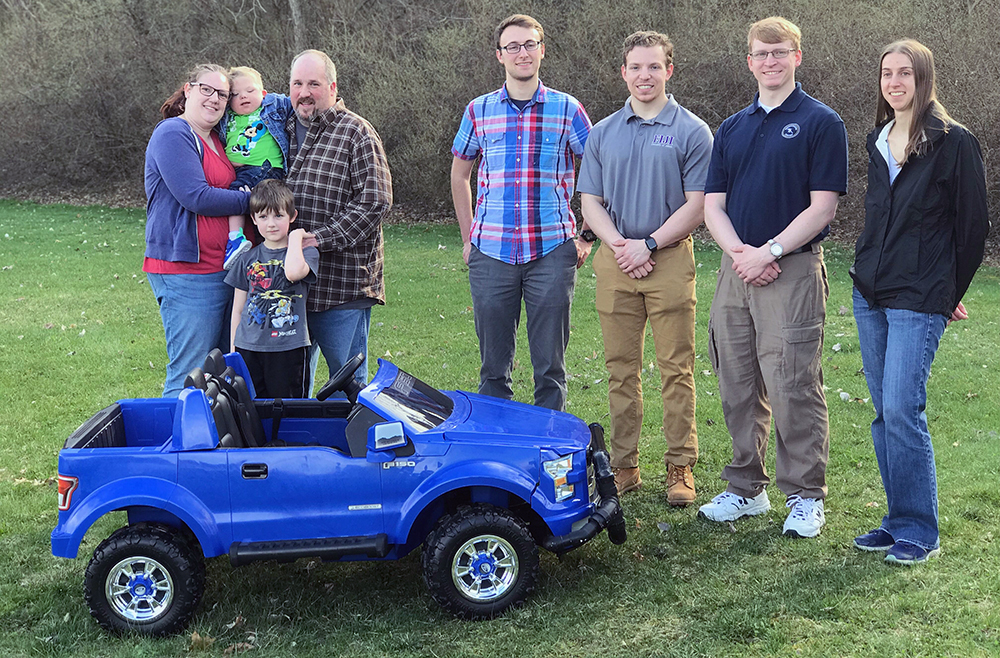 Mom and Dad, AmyAileen and Joseph Ramey, are pictured here with Nathan and his older brother Trent, along with College of Engineering students Steven Innocenzio, Reid Polis and Christopher Halley, who adapted the truck for Nathan; and Heather Demor, senior design engineer for Air Enterprises, who aided with the project.

The team is also comprised of fourth-year student Reid Polis of Poland, Ohio; and third-year student Steven Innocenzi, of Solon, Ohio, both biomedical engineering majors. The group was mentored by an engineer from Air Enterprises in order to complete the project, which began in 2017. The project was originally proposed to UA’s Biomedical Engineering Design Teams by the Summit County Developmental Disabilities Board, which has offered project ideas to engineering students in the past.

RELATED: Learn more about all of our Student Design Teams in the College of Engineering.

“We were very excited to see the adaptations to the Power Wheels toy and how well Nathan did with it,” said AmyAileen Ramey, Nathan’s mother. “His activities are limited because of his illnesses; he can’t go to a lake, play in sand, or be around large groups of people for too long. Now that the weather is getting warmer, Nathan will be able to enjoy his new truck more often, especially since because his treatments for leukemia ended three months ago.”

Nathan received his truck at his home in February, but a brief illness kept him from driving it outside. On April 12, Nathan and his family met with the design team at East Liberty Park in Green where Nathan was able to drive the truck outdoors for the first time. 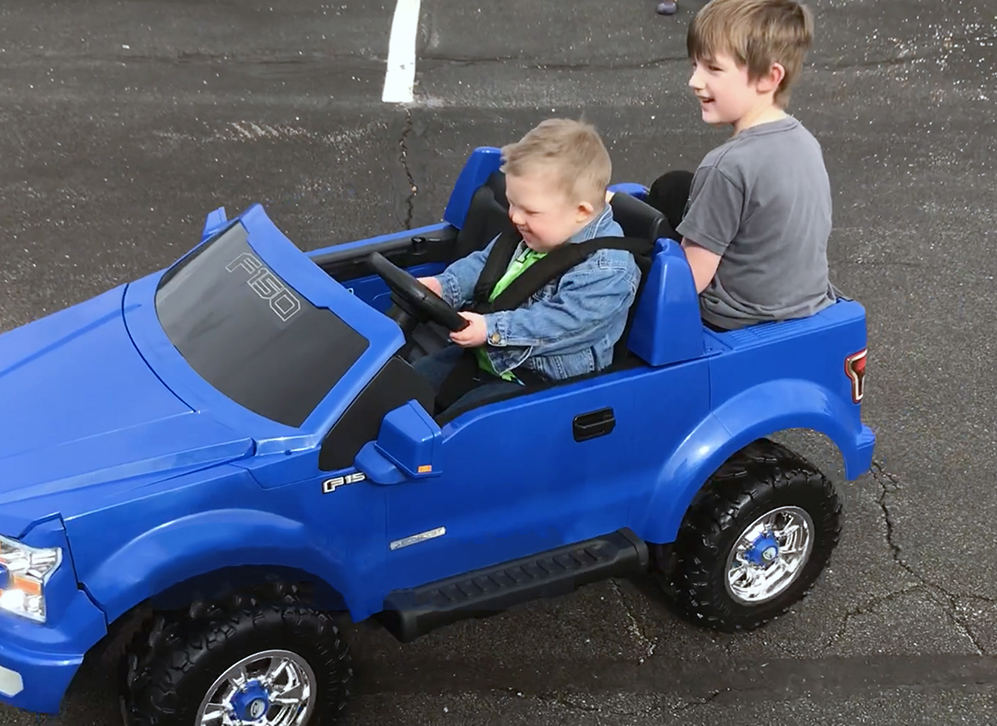