In the wake of Donald J. Trump’s win on Election Night, there has been elation, along with protests, confusion and anxiety for many across America. A University of Akron instructor sees it all as a teaching opportunity and has created a course called “Trump’s Triumph.”

“My course will answer a lot of questions people still have after the election,” says Dr. Matthew Akers, director of government relations and assistant director of the Ray C. Bliss Institute

of Applied Politics. “We will discuss what happened during the 2016 presidential campaign as well as examine Trump and his positions and influences.”

The three-credit-hour course will focus on Trump’s win, his ability to assemble a diverse coalition of supporters, his beliefs and principles, and why the polls and pundits consistently got it wrong. Students will also dig into the reasons why people supported Trump throughout the campaign and ultimately decided to vote for him.

“Instead of people being angry about the Trump election or elated, but not discussing it with one another, let’s have a class and look at the election results and why many people voted for Trump. Were they mad or were there justifications or specific reasons?” asks Akers. “I really want to bring people together and have them discuss the election and talk about it openly and in a civil and academic manner.”

Trump’s Triumph is a special topics course offered through UA’s Department of Political Science. Enrollment is open for the Spring 2017 Semester. The course is open to undergraduates and graduate students of any major. 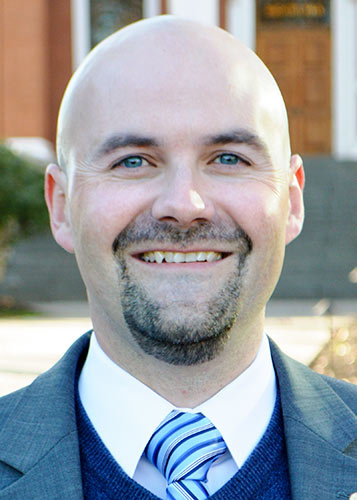