Most Americans say media coverage of religion too sensationalized 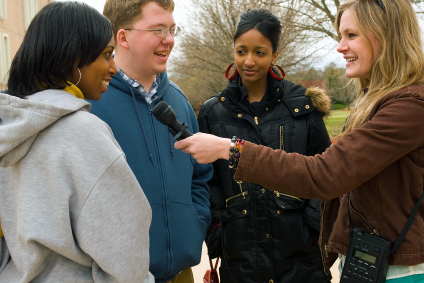 In a new survey of journalists and their audiences, fewer than one-fifth of reporters call themselves “very knowledgeable” about religion.

Two-thirds of the American public says religion coverage is too sensationalized in the news media – a view held by less than 30 percent of reporters, according to the results of a survey released Thursday.

And less than one-fifth of journalists, or 18.9 percent, say they are “very knowledgeable” about religion. Most reporters in that minority say they are mainly familiar with their own religious traditions, not the wider array of faiths and practices, the survey showed.

The results come from a first-of-its-kind survey of both reporters and the audiences they serve by the Knight Program in Media and Religion at the University of Southern California and the Ray C. Bliss Institute of Applied Politics at The University of Akron.

Reporters’ understanding of religion is lacking

“News organizations are rightly worried about creating smart business plans and developing cutting-edge technology. But they’re overlooking their most basic resource: knowledgeable reporters,” said Diane Winston, Knight Chair in Media and Religion at the USC Annenberg School for Communication and Journalism. “News consumers want more reporting on authentic religious experience and a lot less on polarizing religious politics. But reporters can’t do that if all they know about religion is what they hear in church or—ironically—what they read in the news.”

A majority of both the public and reporters agree the news media “does a poor job of explaining religion in society,” with 57.1 percent and 51.8 percent agreeing, respectively.

The report is based on two surveys conducted between Feb. 15 and May 11, 2010 by the Center for Marketing and Opinion Research in Akron.

“Religion figures into American politics, popular culture, foreign policy and even the economy more strongly than ever before,” said Dr. John C. Green, director of the Ray C. Bliss Institute of Applied Politics, who managed the study. “But the disconnect between news consumers and producers suggests that current news media coverage isn’t making the importance of these overlapping relationships clear. This situation presents the news media with both a challenge and an opportunity at a moment when innovation in the profession is paramount.”

Among the study’s other findings:

Funding for the survey was provided by the Ford Foundation. Download the full report.