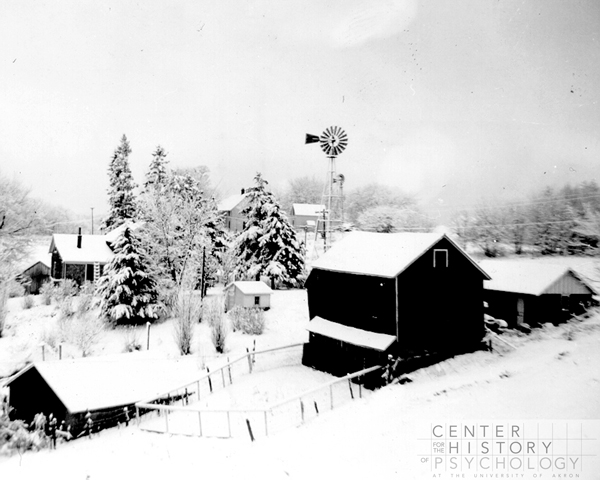 The IQ Zoo was one of many projects and services offered by the Brelands' company, Animal Behavior Enterprises (ABE). In 1943, college-aged Keller and Marian Breland envisioned a business that used behavioral principles of shaping and conditioning to train animals for commercial purposes. Two years later, the Brelands bought a small farm in Minnesota and began training animals in the barn.  During that time, Keller worked at a factory and Marian trained animals.  By 1947, Animal Behavior Enterprises was in full operation. Over the next four decades, ABE trained more than 15,000 animals.

Many of ABE's clients were commercial companies that made use of the animal acts to advertise their products. The Brelands also received requests for animal acts from state fairs, zoos, and Marineland in Florida. In 1955, rental of the acts cost around $350, plus the cost of shipping each unit.

The IQ Zoo and Animal Wonderland

In 1950, the Brelands moved to Hot Springs, Arkansas. During 1955, they began operating the IQ Zoo, featuring many of the animal shows developed for clients like General Mills.  The work of ABE was featured on several television shows such as the Phil Donahue Show and magazines such as Time and Life.

Keller Breland passed away in 1965. Marian continued to run the business as its president.  In 1976, Marian married Robert (Bob) Bailey, who had worked with the Brelands as early as 1963 training dolphins for the United States Navy.  Bob became a general manager of ABE in the 1960s.  In 1972, he and Marian opened Animal Wonderland, an amusement park focused on animal training and shows. Animal Wonderland remained in operation until 1981 and the IQ Zoo remained open until 1990.

The work of Marian, Keller, Bob, and the rest of the team at ABE contributed significantly to the field of animal psychology, shedding light on new methods of behavior shaping focused primarily on reward rather than punishment. It also gave a very public face to animal psychology and helped to establish the field of Applied Animal Psychology. The training methods instituted at ABE continue to find wide application today.