Seven internships and three degrees? You do the math: College of Engineering a “perfect 10” for Ph.D. candidate Allen Mathis

Allen Mathis, after completing his bachelor’s degree in mechanical engineering at The University of Akron (UA), approached one of his professors for a letter of recommendation for graduate school.

Instead, he was offered a position as a research assistant funded by a grant from the National Science Foundation (NSF).

“That was a really big deal, because many schools are extremely reluctant to fund master’s students,” Mathis says.

But, in a way, he was not surprised. 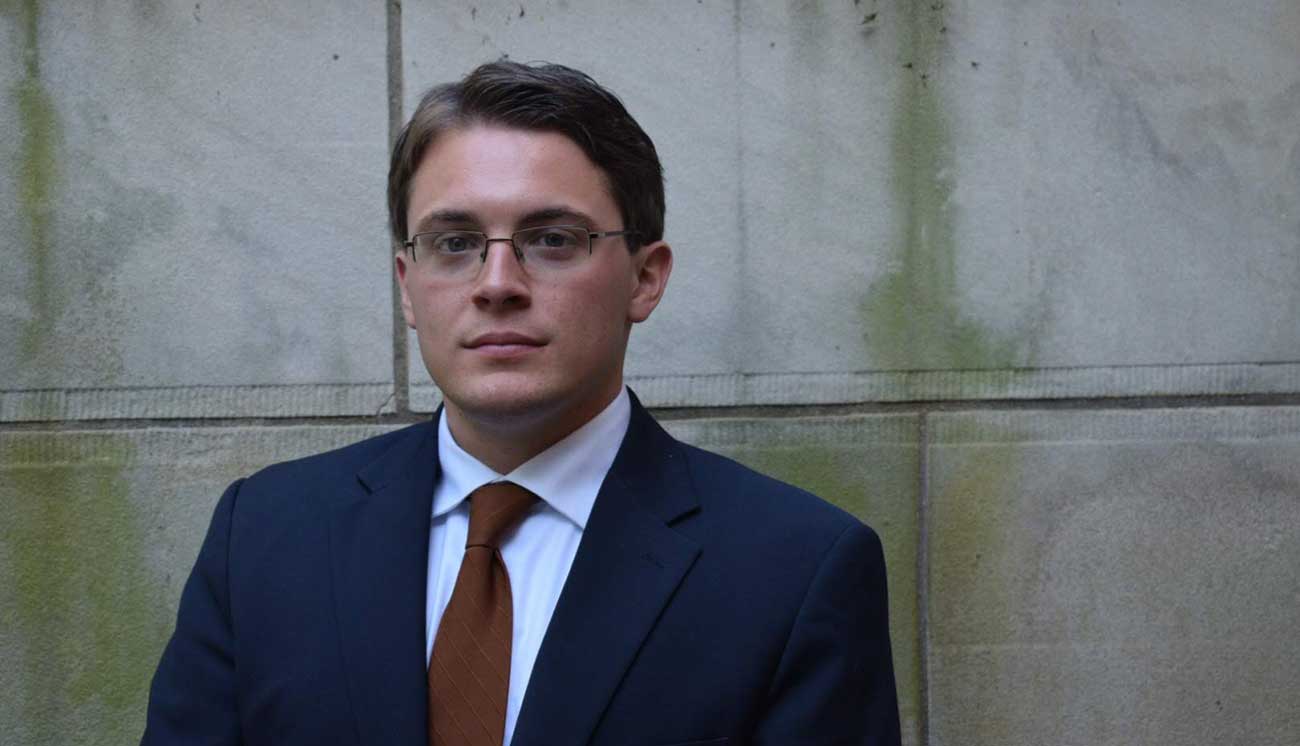 Allen Mathis, an engineering doctoral candidate and seven-time intern, says UA engineering graduates “are among the strongest in the industry.

The College of Engineering had already provided him more than a year and a half of paid co-op experiences at The Goodyear Tire & Rubber Co. and L’Oréal USA – all while covering the cost of tuition, fees and books with scholarship dollars.

The college was simply continuing to do what it had done for him throughout his undergraduate career: provide a world-class education – including extensive hands-on, real-world experience – at an eminently affordable cost.

“UA was extremely generous in its scholarships and paid assistantships,” Mathis says, “and I would argue that I received the same, if not a better, education than people I know who went to schools like OSU or MIT.”

As a master’s student, Mathis worked with that same professor – Dr. Dane Quinn, professor of mechanical engineering and associate dean for undergraduate research in the Williams Honors College – on his NSF-funded thesis (“Modal Analysis of Electric Motors Using Reduced-Order Modeling”).

After finishing his master’s program, Mathis considered his options for a doctoral program.

“After I finished my master’s degree, I explored other schools for my doctorate, but I decided that UA was a better fit for me in terms of my timeline to graduation,” he says. “I think our professors are very conscientious of the fact that graduating in a reasonable amount of time is important for career success.”

Once again, Mathis walked into funded position – this time with one of the most advanced laboratories in the country.

“I walked into my doctoral studies with secured funding from the prestigious Sandia National Laboratories, and I was fortunate to be able to complete two internships at their facility in Albuquerque, New Mexico,” he says.

In collaboration with Sandia – a research and development center responsible for national security and the creation of energy and environmental technologies – Mathis is currently working on his dissertation, a study of the dynamics of bolted structures.

“In total, I will graduate with approximately two years of full-time, paid work experience,” Mathis says. “During my various internships, I met students from top universities all over the world, and I can say firsthand that graduates of The University of Akron are among the strongest in the industry, and are competitive on a global scale.”

He will graduate in the spring or fall of 2019 and look for positions in industry, having completed seven internship experiences, contributed to five peer-reviewed publications that have been accepted or are in review or in progress, and presented at multiple conferences.

With two advanced degrees, Mathis – who is also considering earning an MBA someday – believes he is well-positioned to pursue a leadership role in whatever career he chooses.

“While at Goodyear, I found that many of my peers had master’s degrees and/or Ph.D.’s, so I decided that, from a technical standpoint, getting a Ph.D. made a lot of sense for my initial career trajectory,” he says. “Additionally, many of the managers, directors and vice presidents at Goodyear that I admired and got to know also had Ph.D.’s. I would like to someday pursue that kind of career path, so it seemed like the logical thing to do.”

In his time at the University, Mathis has won several awards, including second place in the MSNDC Best Student Paper Award competition at the American Society of Mechanical Engineering’s 2017 IDETC conference, as well as first place in the mechanical engineering category in UA’s inaugural College of Engineering Research Showcase in 2018.

He is a senator in Graduate Student Government and the founding member and president of the new student organization The Finite Elements Analysis Team, which provides weekly engineering-related training workshops to graduate students and advanced undergraduates.

In addition to his engineering activities, Mathis has participated in the Symphonic Band, Brass Choir, Blue and Gold Brass, Marching Band and Graduate Brass Quintet through the School of Music, and he previously served as treasurer of UA’s chapter of the International Trumpet Guild.

“I would highly recommend The University of Akron as an institution of higher learning at both the undergraduate and graduate levels, especially if you are a driven individual who is willing to seek out new experiences, take chances and explore different interests,” Mathis says. “The University has a plethora of opportunities for students to get involved with teams, research, clubs, sports, ensembles, competitions and many other kinds of organizations – and our professors are focused on high-quality education, meaningful student experiences and cutting-edge research.”

Learn more about graduate degrees in Mechanical Engineering at UA.