Professor of Music Emeritus and Director of Bands Emeritus Robert D. Jorgensen, who led the university's bands for 26 years, passed away July 4, 2015, doing what he loved. He was conducting the Freedom Brass Band during a Fourth of July celebration in downtown Akron when he fell ill.

“The entire University of Akron community is saddened to learn of the passing of Robert Jorgensen," said university President Scott L. Scarborough. "Bob was a dedicated and devoted band director, with a special ability to connect with students — encouraging them to be the best they could be, both in the band and as individuals. His care and concern for them during his 26 years at UA was legendary. We join in sending our deepest condolences to his wife, Anne, and their daughter, Laura.”

University Libraries has posted a collection of Mr. Jorgensen's program notes and recordings.

“Words cannot adequately express how much Bob’s mentorship and guidance has, and will continue to mean for The University of Akron bands,” Karriker said. “I know his legacy will be honored by all who have known him and by those students who will be influenced by his memory in the future.

“Bob’s greatest impact will continue through the countless lives he touched both musically and personally,” Karriker added. “The number of students and faculty he inspired and mentored are numerous beyond imagination.” 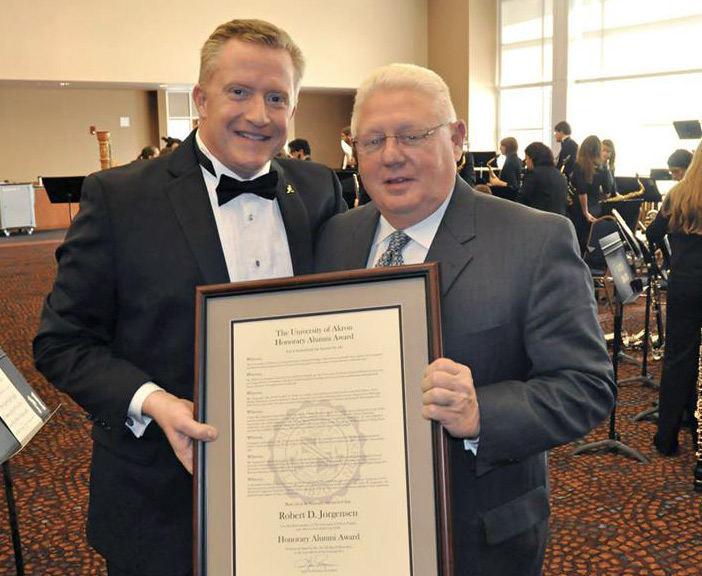 Dr. Galen Karriker with Robert Jorgensen in 2013 when Jorgensen was presented with an Honorary Alumni Award by the university's Alumni Association.

During his 26 years at Akron, the Symphonic Band was invited to perform at:

The Symphonic Band also performed at Severance Hall in Cleveland in April 2003, followed by a 2008 tour of European countries.

Jorgensen was widely honored as a music educator and conductor:

Jorgensen appeared as guest conductor, clinician and adjudicator throughout the United States. In 2009, he was invited to serve as an adjudicator for the St. Patrick's Day Parade in Dublin, Ireland.

Since 2006, Jorgensen had served as musical director/conductor of The Freedom Brass Band of Northeast Ohio.

Jorgensen earned a bachelor’s degree from the University of Illinois and a master’s from Michigan State University.

From 1969-1972, he was euphonium soloist with the United States Army Field Band in Washington, D.C.

Memorial gifts in Professor Jorgensen's name may be made to the Robert D. Jorgensen Endowed Fund, which supports full-time music majors enrolled in UA's concert bands. 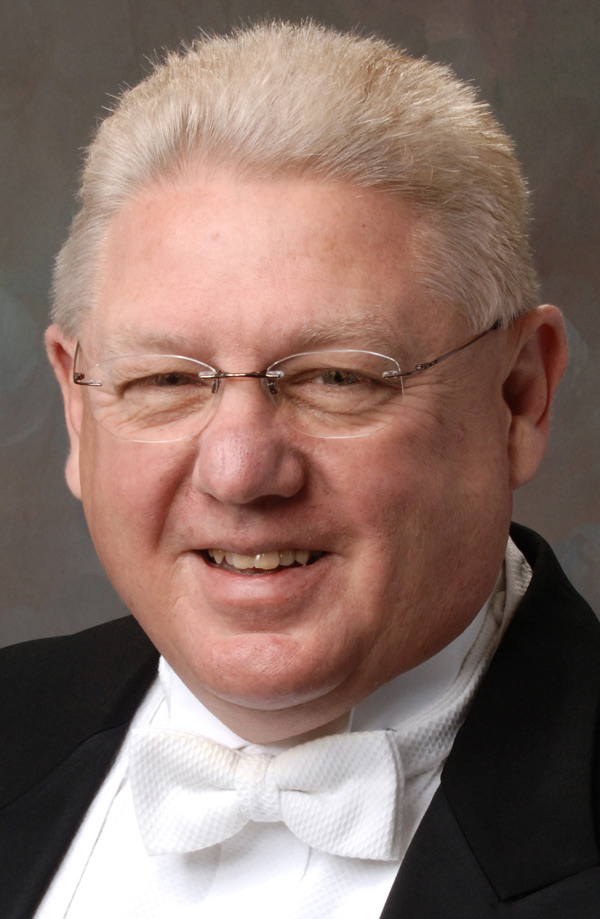