A brief history of the School of Communication

The School of Communication traces its roots to the beginning of Buchtel College in 1870. The College offered courses in rhetoric, public speaking and elocution, which is the art of speaking clearly with correct enunciation.

The first graduate of Buchtel College was Susie Chamberlain (1873), later Chamberlain Cole, who returned to Buchtel College as a teacher of reading and rhetoric. Students were required to complete speech training in order to demonstrate their ability to share their education with others. The University of Akron continues that tradition to this day. All UA students are required to take a general education speech course.

During the 1950s, ‘60s and much of the ‘70s, the department was housed in Kolbe Hall, which included television studios and the radio station WAUP-FM, which began in 1962. The call letters were later changed to WZIP. 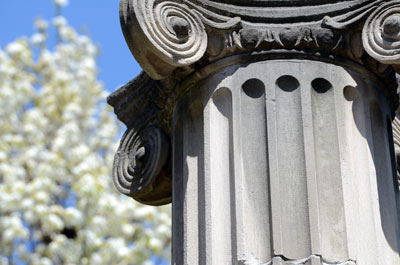