Welcome to the Political Science Department website! Here you will find information on the wide variety of courses and degrees we offer that will both challenge you and let you explore different topic in Political Science. Our diverse faculty conduct groundbreaking research in multiple fields and are national experts who are eager to work with all students. You will also find information on various career opportunities that will open to you upon graduation with a degree in Political Science. If you have any questions, please feel free to contact us!

Congratulations to our students who were inducted into Pi Sigma Alpha!

The Center for Intelligence and Security Studies

A resource to prepare the security professionals of tomorrow by bringing together students, faculty, and security practitioners for training, research, and education in the areas of national security, cybersecurity, community security and law enforcement, as well as intelligence analysis and operations.

We believe that a degree in Political Science is one of the best tools for a student seeking a comprehensive liberal arts education.  Critical thinking, argumentative writing, analysis, persuasion, and social research are some of the foundational skills our students will have after completing a Political Science major. Additionally, our students are well prepared to compete in a competitive, global market requiring ethical and practical problem solving skills.

Our faculty in the news media

Dr. Karl Kaltenthaler gave an interview recently on Pakistani television channel PTV about the recent clashes between Palestinians and Israelis.

Speaking to Newsweek, Dr. David B. Cohen suggested that with so many candidates mimicking Trump in an attempt to appeal to voters in the Ohio primary, J. D. Vance, in particular, needed the endorsement from the former president to stand out from the crowd.

Commenting on Rep. Shontel Brown’s win in yesterday’s Ohio Democratic Primary, Dr. David B. Cohen said, “I don’t think anybody is surprised. If a progressive candidate couldn’t win during a special election in an open seat, there was no way they were going to pull it out with an incumbent member of Congress.”

4 themes to watch in the Ohio and Indiana primaries

Dr. David B. Cohen comments on Ohio's May 3 primary election.

Dr. David B. Cohen comments on Ohio's May 3 primary election.

Discussing how the White House struggles with articulating the president's domestic agenda amid the growing carnage in Ukraine, Dr. David B. Cohen said it is "extremely important" that Biden and Democrats, who face major headwinds to retain power in Congress, pass something more they can run on in the coming months.

Our faculty experts are available to come to your high school or community organization to discuss current events and other relevant topics. 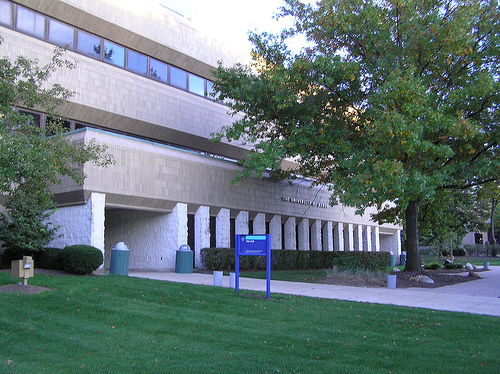 Olin Hall houses the Department of Political Science, the Center for Intelligence and Security Studies and the Ray C. Bliss Institute of Applied Politics.