The $1.25 million lead gift to the college from the Fred A. Lennon Charitable Trust, affiliated with the Swagelok Company, supports both the Swagelok Career Center and engineering scholarships.

For anyone who ever thought "interim" meant "idle," think again! Interim President Matthew Wilson has been on the go since assuming his new position in July – from playing a game of pick-up basketball outside the Student Union to posing with students who were thanking donors. Check out just a few of his numerous encounters with students in August and September.

See the photos and video! 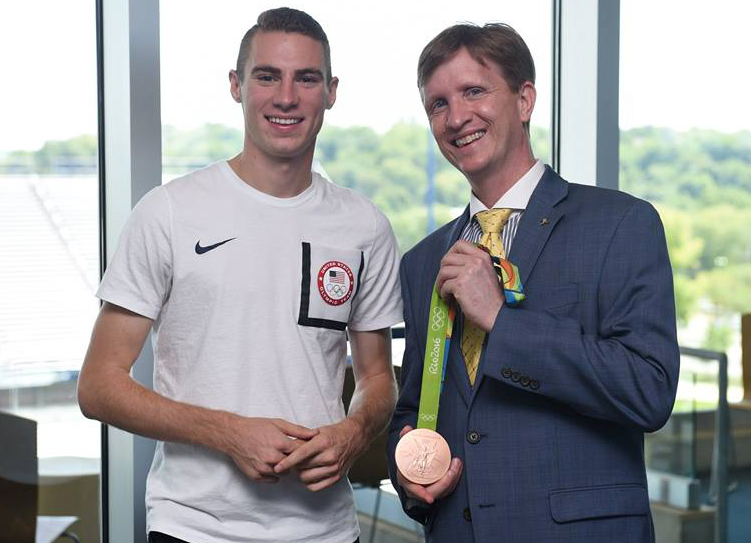 The first U.S. men's 800-meter runner to win an Olympic medal since 1992, Murphy chased down the bronze over the final 100 meters on the strength of the fifth-fastest time in American history. A new professional master’s degree uniquely blends coursework across polymer science and engineering with classes in business and law. Graduates of this one-of-a-kind program will possess the skills needed for careers in polymer-related industries. The new 3+3 Bachelor of Arts/Juris Doctor (B.A./J.D.) is a joint degree program with UA’s School of Law and the Department of Political Science in the Buchtel College of Arts and Sciences. Geared for high-achieving students, the program, which started this fall, can save students the cost of a full year’s tuition.

Keep up to date with men's and women's soccer, football, tennis, swimming and diving, and more on GoZips.com!